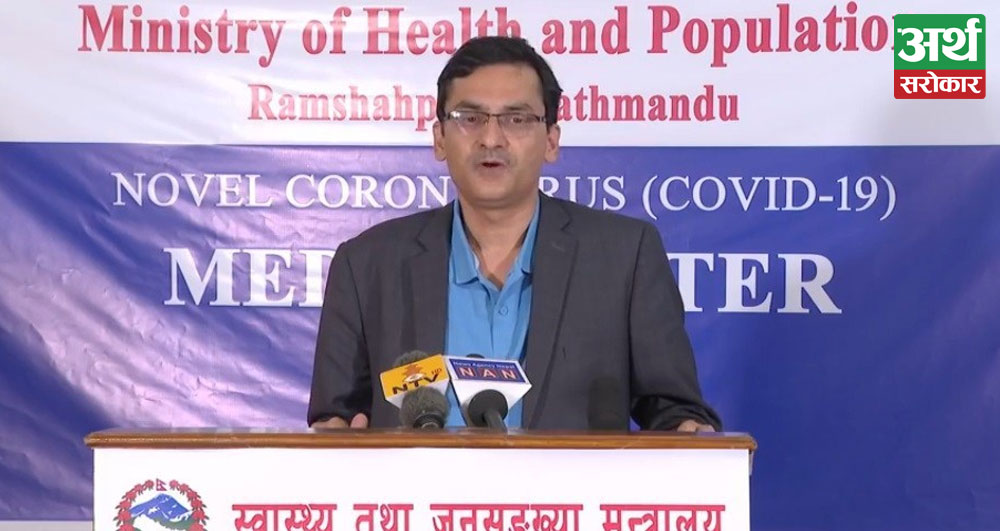 Special permit is not required for vehicles transporting essential supplies during the lockdown announced by the government to contain the coronavirus pandemic, the COVID-19 Crisis Management Centre (CCMC) has said. The government has enforced the lockdown from March 24 and it will continue till May 15. In a press conference here on Sunday, spokesman at the Ministry of Health and Population, Dr Bikas Devkota, said no passes were required for transporting essentials as foodgrain, fruits, vegetables, milk and dairy products, animal, bird and fish feed, etc. as per the government’s decision.
Fruits and vegetable sales centres have been set up at various places of Kathmandu with support from Kathmandu Metropolitan City for managing the distribution system of the Kalimati Fruits and Vegetables Market Development Centre. CCMC has stated that limited places have been identified along the highway and petrol pumps, vehicle repairing workshop and eateries have been operated at these places for the convenience of the vehicles and workers transporting the essentials on long routes.
Medicines over Rs 1 billion imported
Spokesperson Devkota also informed on the occasion that medicines worth Rs 1 billion 133 million 719 thousand have been imported until April 25 since the start of the lockdown. Similarly, raw materials for medicines worth Rs 258 million 185 thousand have been imported during the same period. Similarly, a total 91 thousand 456 metric tonnes food grains, 26 thousand 82 metric tonnes lentils, 44 thousand 235 metric tonnes vegetables, 11 thousand 138 metric tonnes fruits, 36 thousand 442 metric tonnes LP gas and 17 thousand 496 kilolitres of petroleum from India during that period. 82 thousand security personnel mobilised
CCMC informed that about 82 thousand 650 security personnel have been mobilised to enforce and manage the lockdown. Seven thousand 486 personnel of the Nepal Army, 42 thousand 12 personnel of Nepal Police, 31 thousand 155 personnel of the Armed Police Force and 1,997 personnel of the National Investigation Department have been mobilised. In this connection, the Armed Police Force (APF ) has increased the number of check points at the border from 650 to 1,212 for keeping a close watch on the movement across the country’s international border. APF has mobilised 22 thousand 616 of its personnel at these border check posts.
It is said 1,076 Indian nationals are in quarantine on the Nepal side of the border and 2,020 Nepalis in quarantine on the Indian side. A total 331 Nepalis stranded on the Indian side have been brought and kept in quarantine in Nepal. These include 296 persons brought from Rupandehi transit and 35 from Kapilbastu. Likewise, a total 188 Indian nationals have been sent to their country from Nepal side.