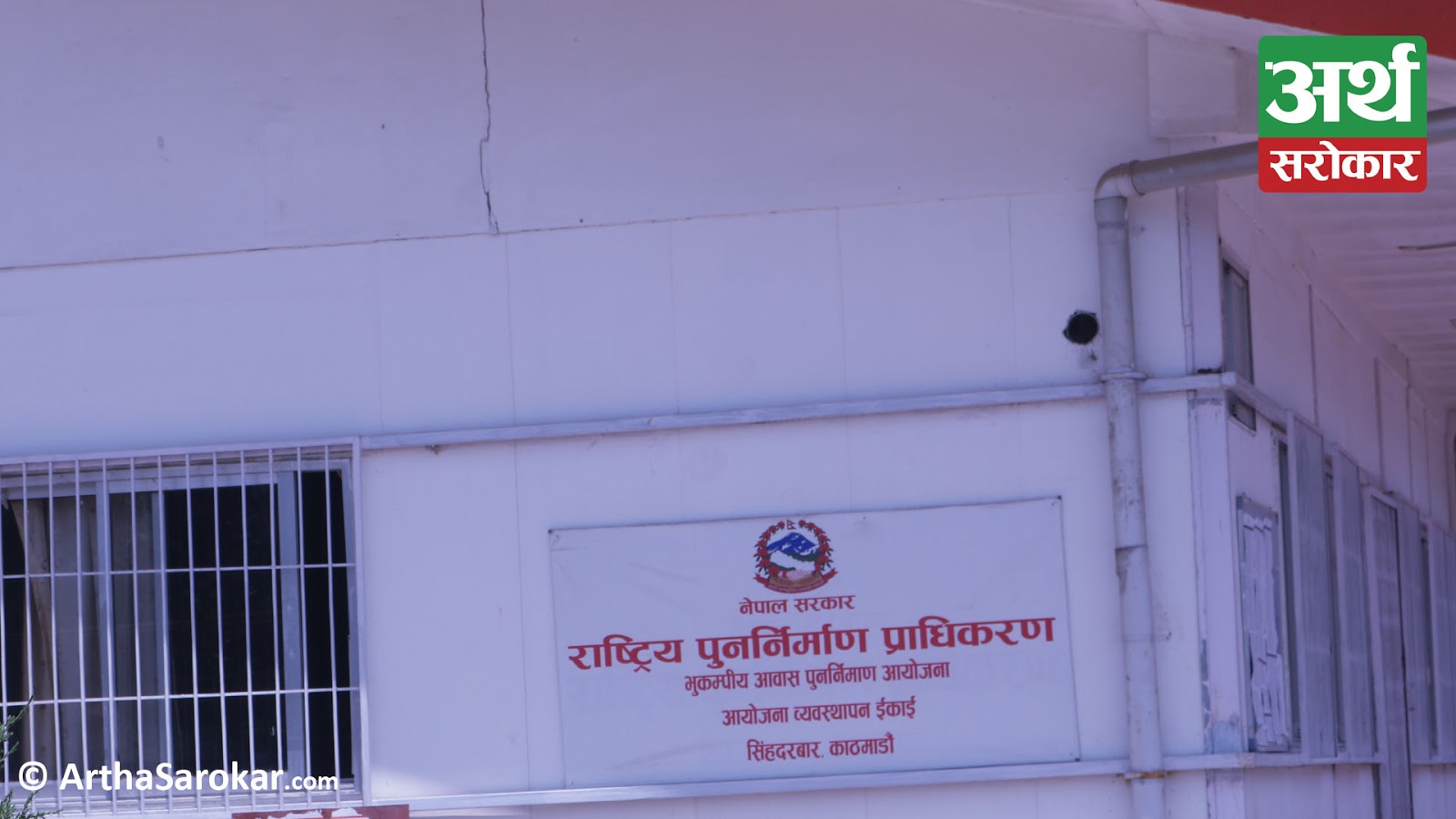 Kathmandu.
The government has allocated Rs 55 billion in the budget for the fiscal year 2020/21 for the post-earthquake reconstruction.
The budget presented by Finance Minister Dr Yuba Raj Khatiwada in the joint meeting of the Federal Parliament on Thursday states that the reconstruction of all structures including Dharahara, Ranipokhari and Singha Durbar among other heritages would be completed in the coming fiscal year. It is also stated that the reconstruction of the private houses, ancient heritages, school buildings, health institutions and government buildings and other structures damaged by the 2015 Gorkha earthquake would be completed.
The government’s policy and programmes also maintained that structures damaged by the earthquake five years back would be reconstructed within the coming fiscal year. So far 495 thousand private houses and 402 out of the 753 archaeological heritages have been rebuilt. Forty per cent rebuilding works on Dharahara and 70 per cent reconstruction works on Ranipokhari have been completed so far, according to the National Reconstruction Authority.