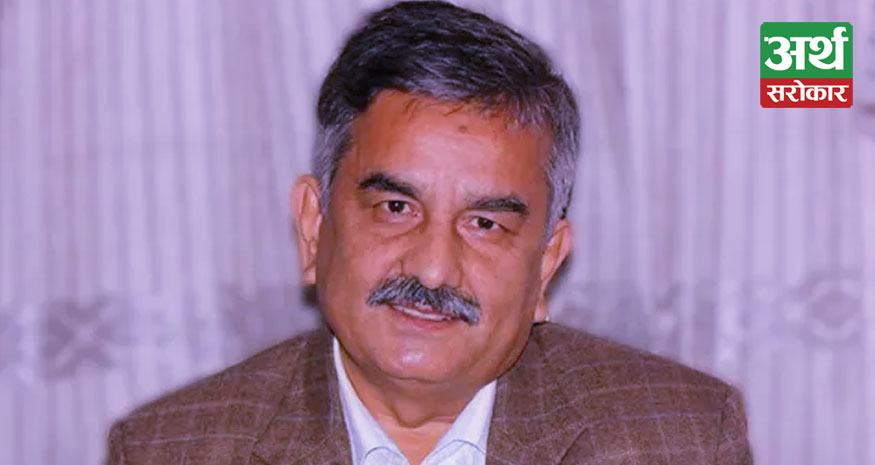 Kathamandu.
Ruling party Nepal Communist Party’s lawmaker Surendra Prasad Pande urged for effective implementation of the recently presented budget for new fiscal year 2020/21.
Taking part in the budget discussion in the meeting of House of Representatives, today, Pande, also former Finance Minister, said that the budget was positive. He reminded the fact that the donor agencies had pledged Nepal a huge monetary support and underscored the need for boosting the spending capacity. The lawmaker cited that of the total Rs 4.8 trillion budget allocated for capital expenditure in the current fiscal year, only 28.28 per cent (Rs 1.14 billion) had been spent so far. Asserting that the government prioritizing education and health sector had allocated special budget for these sectors, he viewed that the government should be focused on increasing the spending capacity.
Furthermore, he said that the employment and social security were also high in priority in the recent budget. He suggested the government to keep all programme of similar nature in a single basket for spending. According to him, establishment of refinancing fund worth Rs 50 billion for small and medium enterprises (SMEs) mentioned in the new budget was an important decision. He viewed that the Nepal Rastra Bank should prompt the process of establishing of refinancing fund worth Rs 1 trillion. Exemption in electricity tariff, fee among others and programmes related to cooperative sectors were attractive features of the budget. It was imperative for the government to mull how to arrange fund for the Kathmandu-Terai-Madhesh Fast Track project.
Urging one and all not to go by rumours that the government had increased custom duty on fertilizers, he assured that there was no such increase in custom duty of the chemical fertilizers expect for urea used in cleaning of vehicle. About the increase in custom duty in electronic vehicle, he opined that the increase was to decrease the pressure on foreign currencies which is incurred while buying luxury vehicles from abroad. Stating that the target of economic growth set by government would be difficult to meet, he called for substantive effort for the effective implementation of the newly released budget.