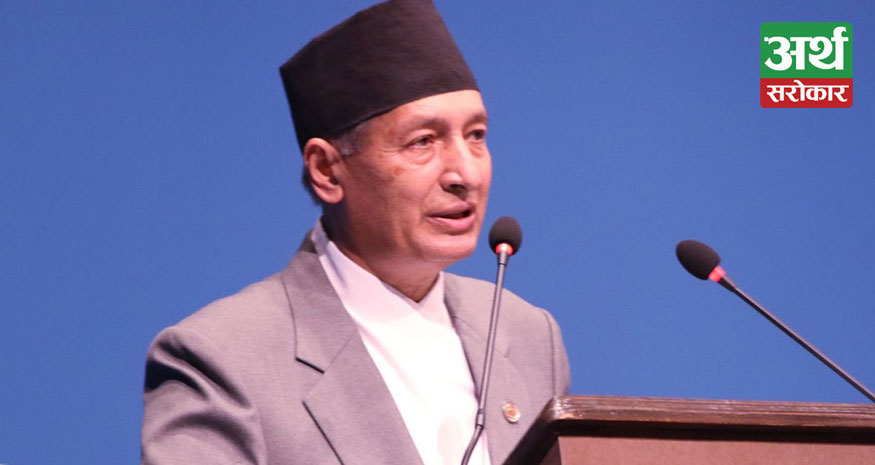 KATHMANDU.
The National Assembly meeting today approved a motion for the consideration on Appropriation Bill 2077 with majority votes. Earlier, Finance Minister Dr Yubraj Khatiwada had tabled the motion along with a letter received from the House of Representatives.
Responding to the queries during the discussions in principles on the Appropriation Bill, Dr Khatiwada said that the budget has given special priority to the economic recovery, agriculture and health care sectors stating that uplifting economic activities while safeguarding the people’s life was the government responsibility. On the occasion, the Finance Minister also said that provision has been managed to ensure job opportunities to the foreign returnee youths. Claiming that the budget would be spent on the basis of needs and its maximum mobilization would be done, Dr Khatiwada pointed out the need for reaffirming national unity shown by all political parties during the disaster in the coming days as well.
More efforts would be made to make the budget gender responsive, he said that the budget for the upcoming fiscal year has been allocated more for women, children and senior citizens. Taking part in the discussions, lawmaker Jitendra Narayan Dev urged the government to unveil programmes to troubleshoot the current problems the country is facing. He also bemoaned for lack of budget allocation by identifying areas of priorities during the time of pandemic. Lawmaker Radheshyam Adhikari said that prosperity of the country was not possible without modernization of agriculture a