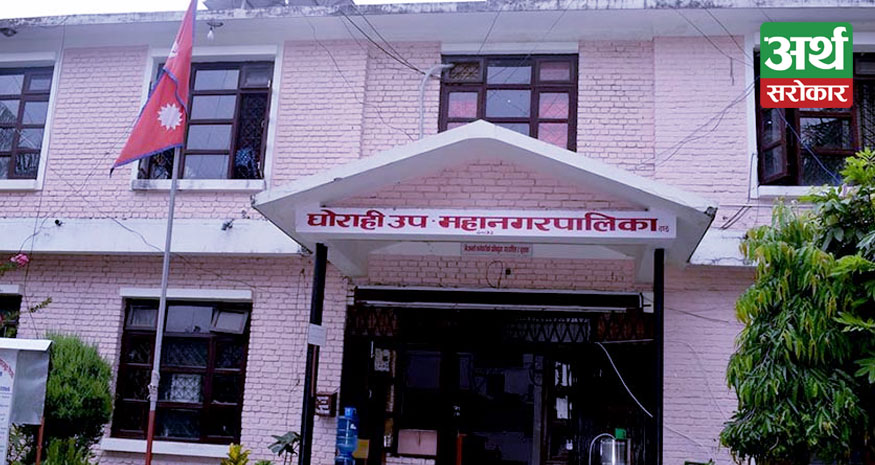 KATHMANDU.
The Ghorahi Sub-Metropolitan City has unveiled a budget of Rs 1.85 billion for the Fiscal Year 2020/21. Deputy mayor Sita Sigdel presented a statement of income and expenditure (budget) of one billion 852 million 293 thousand in the seventh municipal assembly today. As per the budget break-down, one billion 857 million 22 thousand rupees or 58.60 per cent of the total budget has been earmarked towards current expenditure while Rs 766 million 571 thousand or 41.40 per cent has been earmarked towards capital expenditure.
The sub-metropolis has allocated Rs 9 million as development budget and Rs 1 million as office management budget to its 19 wards. Similarly, the sub-metropolis has allocated Rs 5 million 950 thousand towards sanitation, Rs 7.8 million for the development of the underprivileged population, Rs 1.13 million for the Legal Assistance Fund. It has earmarked Rs 7.638 million for the empowerment of women, children, people with disability, senior citizens, economically backward classes, indigenous communities on the verge of extinction and Muslim women.