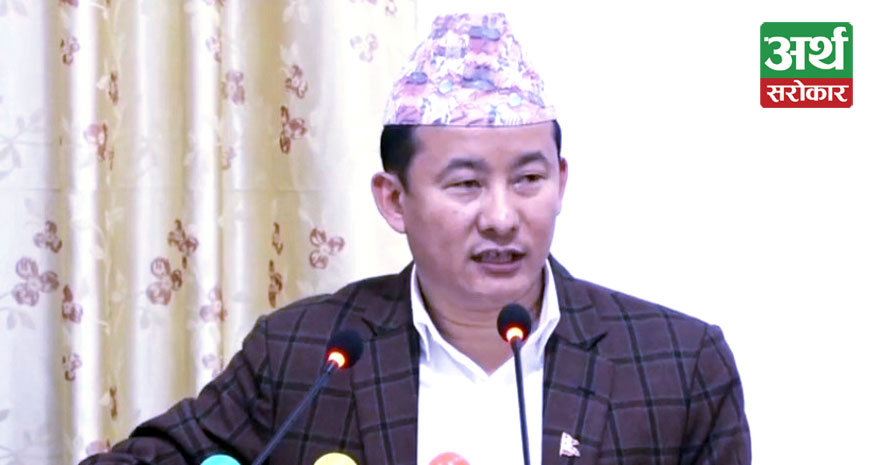 KATHMANDU.
The Economic Affairs and Planning Minister of State-1, Indra Angbo (Mausam) has said the state government would spend 70 % of its capital expenditure.
Speaking to RSS about new capital spending target, the minister said so. ”Our state spent around 60 % of our total capital expenditure in the current fiscal year,” said minister Angbo. He added, ”this is the highest capital spending among all seven states of Nepal and even bigger than that of the federal government.” Minister Angbo said administrative spending of the state government’s budget stands just around 20 %. ”Out of 3400 state government employees, we have just around 2400 employees and we do not need to make bulk administrative spending.”
He said the 3.41 % of growth aim is achievable. The Economic Affairs and Planning Minister opined the booming construction activities, enhanced agricultural, and irrigational spending would yield this output. On a different note, the minister said state government was searching for an alternative industrial park to ease the congested Morang-Sunsari Industrial Area. ”We are in final phases of selecting adequate area for this purpose”, he informed.
The State-1 government had presented its annual budget on June 15. The Rs. 40 billion 890 million budget includes 53.71 % of capital expenditure and 46.29 % of current expenditure. Meanwhile, Kedar Karki, the chief whip of the main opposition at the State Assembly, said the budget was not productive. ”It is distributive budget and it doesn’t bode well for the economy and people of the state,” criticized Karki.