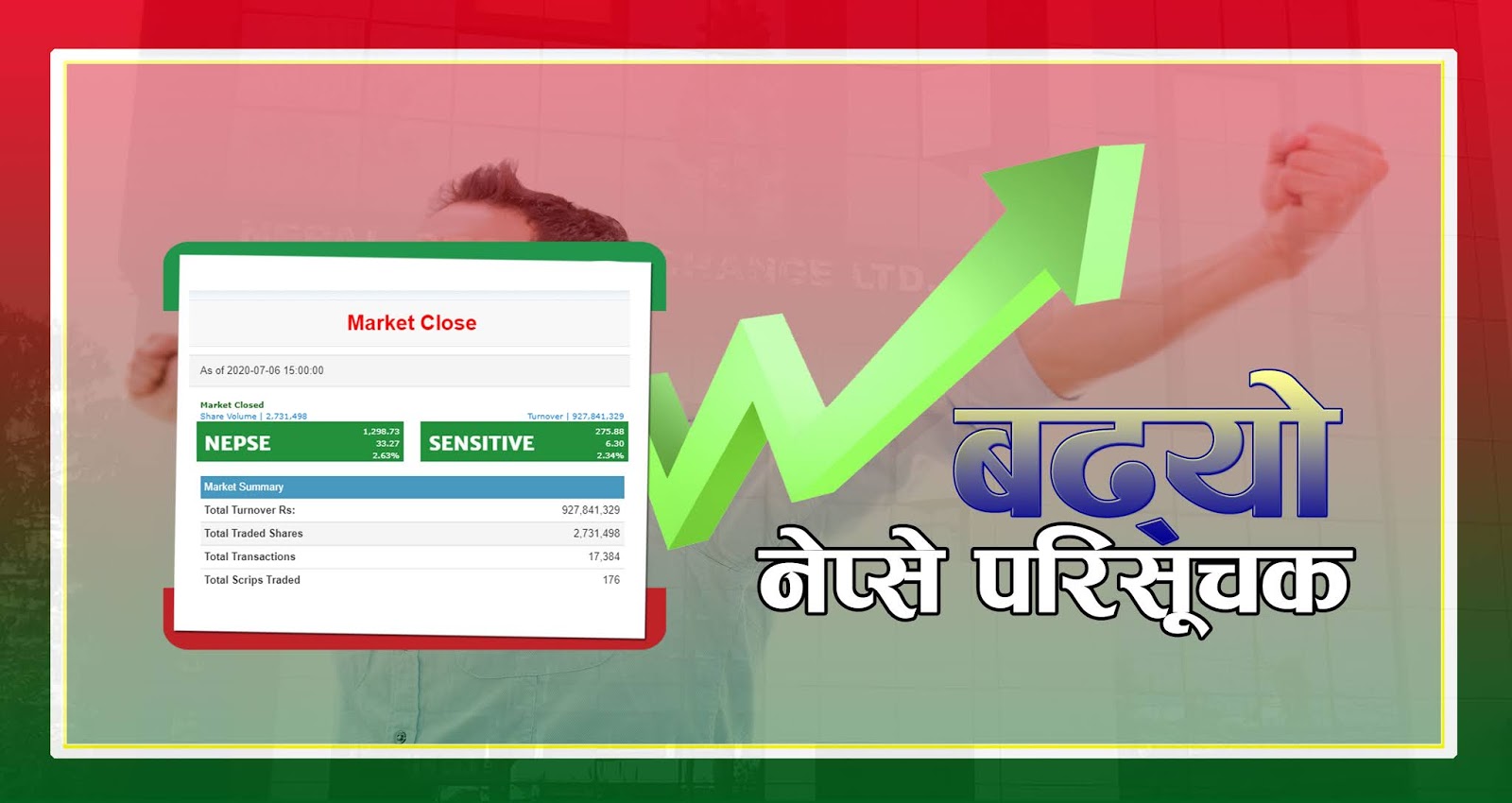 KATHMANDU.
The Nepal Stock Exchange (NEPSE) witnessed a double-digit rise today. The index increased by 33.27 points to close at 1298.73 points. The sensitive index also reported a 6.3-point surge to reach at 275.88 points. According to the NEPSE, a total of 2 million 731 thousand 498 units of share of 176 companies were traded in the second day of the week and the total transaction was Rs 927 million 841 thousand 329.
Among 12 sub-indices of traded shares, only the index of mutual investment fund featured a red mark to highlight the negative outcome. The Nepal Reinsurance Company remained in the topmost position in terms of the trading. It recorded the trading worth Rs 14 million 531 thousand 380. Similarly, shareholders of Global IME Micro Finance and Nepal Reinsurance company each earned 10 per cent profit today.