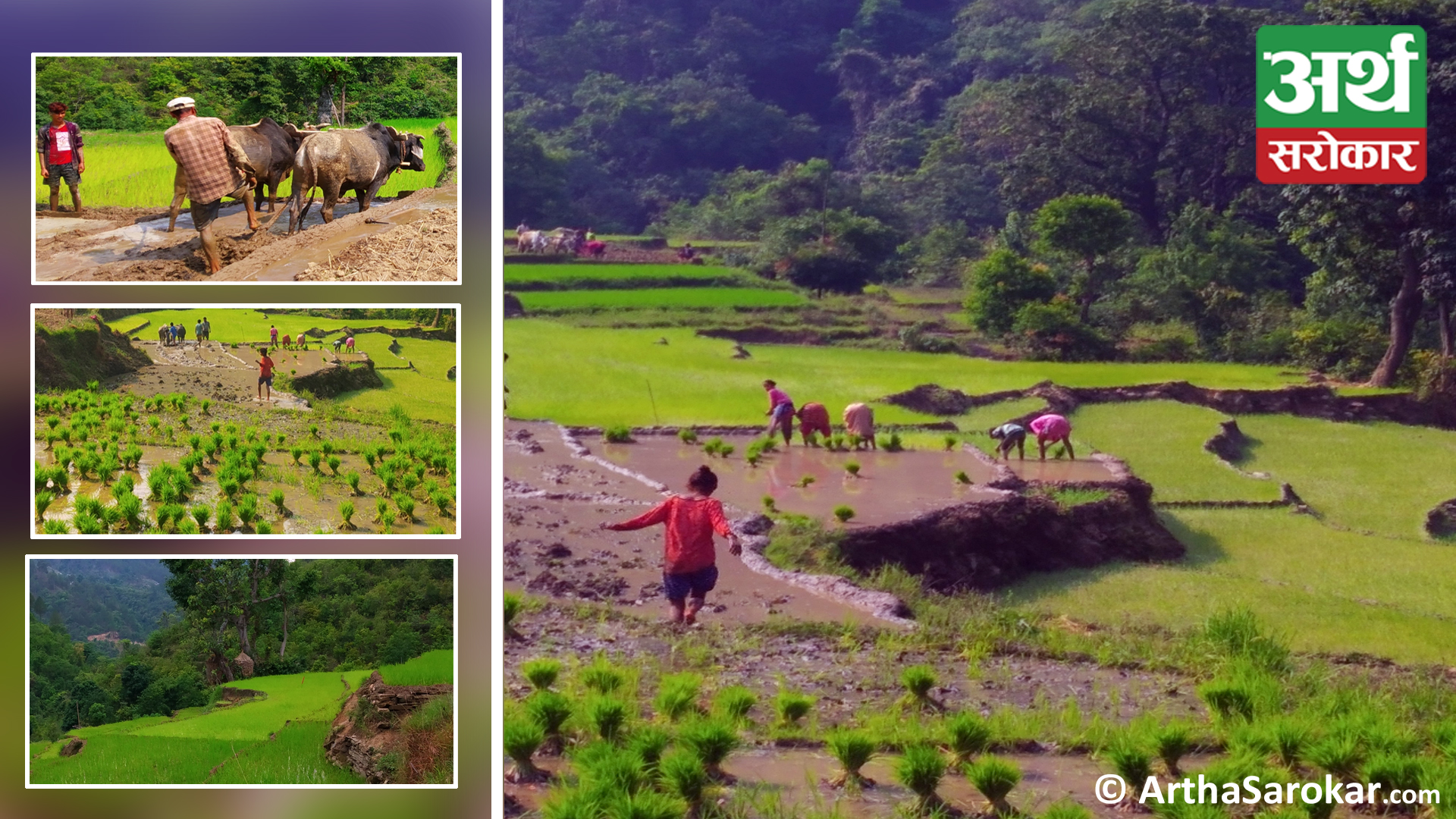 KATHMANDU.
Timely transplantation of paddy saplings along with sufficient rainfall is expected to increase paddy production in Banke this year. The Agriculture Knowledge Centre, Banke has said that 1.4 million quintals of paddy is expected to be produced this year.
The centre has estimated that the production of paddy will be four metric tons per hectare. Paddy has been cultivated in around 36,000 hectares of land in the district this year. Continuous rainfall following the end of transplantation is expected to boost productivity, said Crop Development Officer at the Centre, Shakeel Ahmed.
The major source of income of majority of the farmers in the district is paddy crop. Banke district is self-reliant in paddy production, with a large part of the production being exported to Karnali and various other districts. The availability of irrigation facility from this year is also expected to help the production of paddy in the district. Around 40 per cent of the paddy fields in the district received round-the-year irrigation from the Sikta Irrigation Project.
Farmers in Nepalgunj sub-metropolis, Kohalpur municipality, Raptisonari, Baijanath and Janaki rural municipalities do not have to rely on rainwater only for paddy cultivation henceforth. The paddy produced by the farmers is purchased by the Food Management and Trade Company Limited.