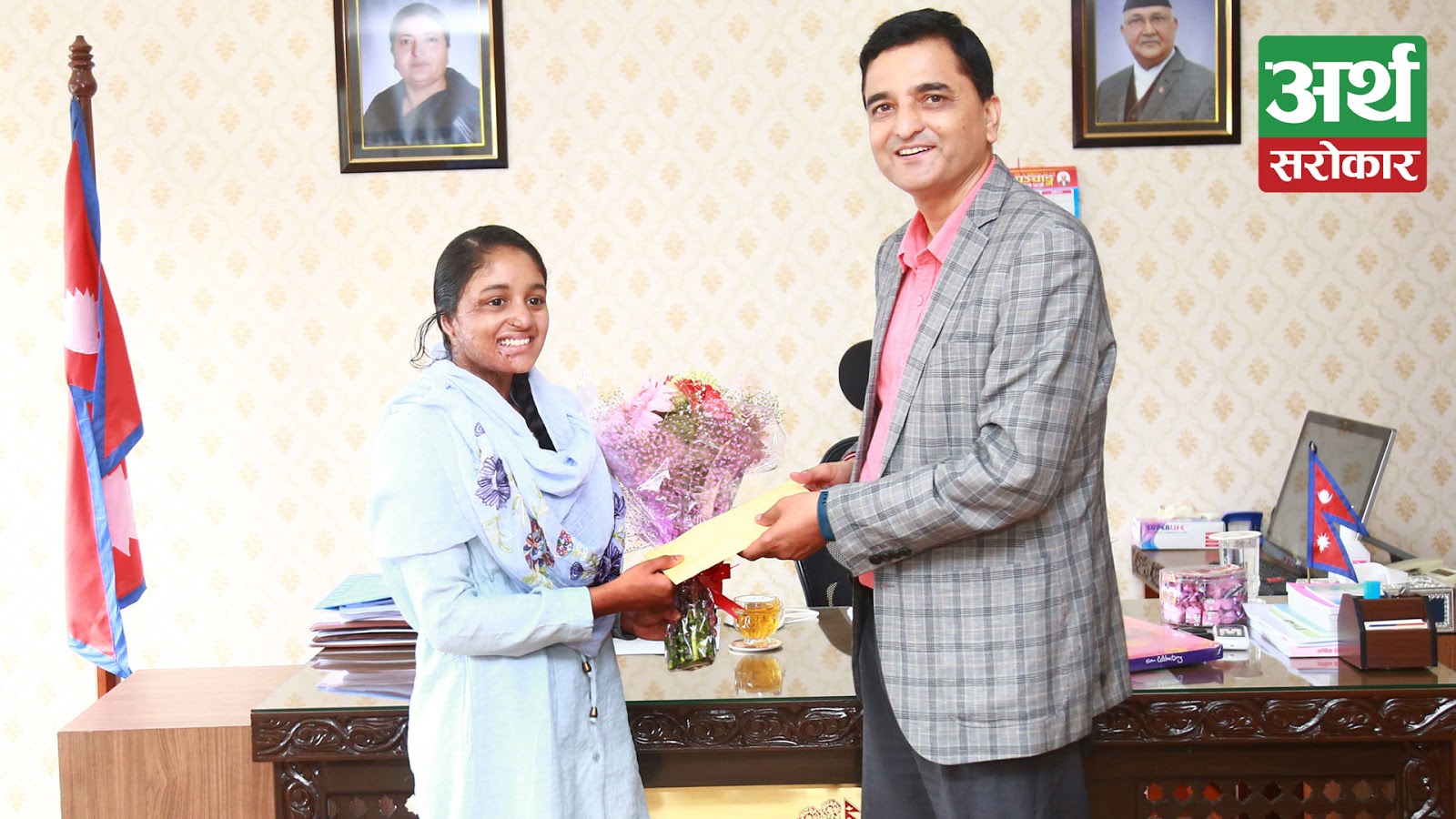 KATHMANDU.
Minister for Culture, Tourism and Civil Aviation Yogesh Kumar Bhattarai has donated Rs 50,000 to acid attack survivor Muskan Khatun. He provided such assistance on the occasion of his birthday today. The Minister called Muskan and her father to his office in Singha Durbar and handed the amount to her, it has been learnt.
Khatun survived an acid attack at the hands of two men last September while she was heading to a school in Birgunj. She is now receiving treatment. She is a Grade 9 student. “I believe that you will become a doctor in the future. Deposit the money I have donated in a bank and spend it when you pursue a doctoral degree in the future,” the Minister was quoted as telling to Khatun. Earlier some days ago, Prime Minister KP Sharma Oli called Khatun to his official residence in Baluwatar and assured her of making necessary arrangements for her education.