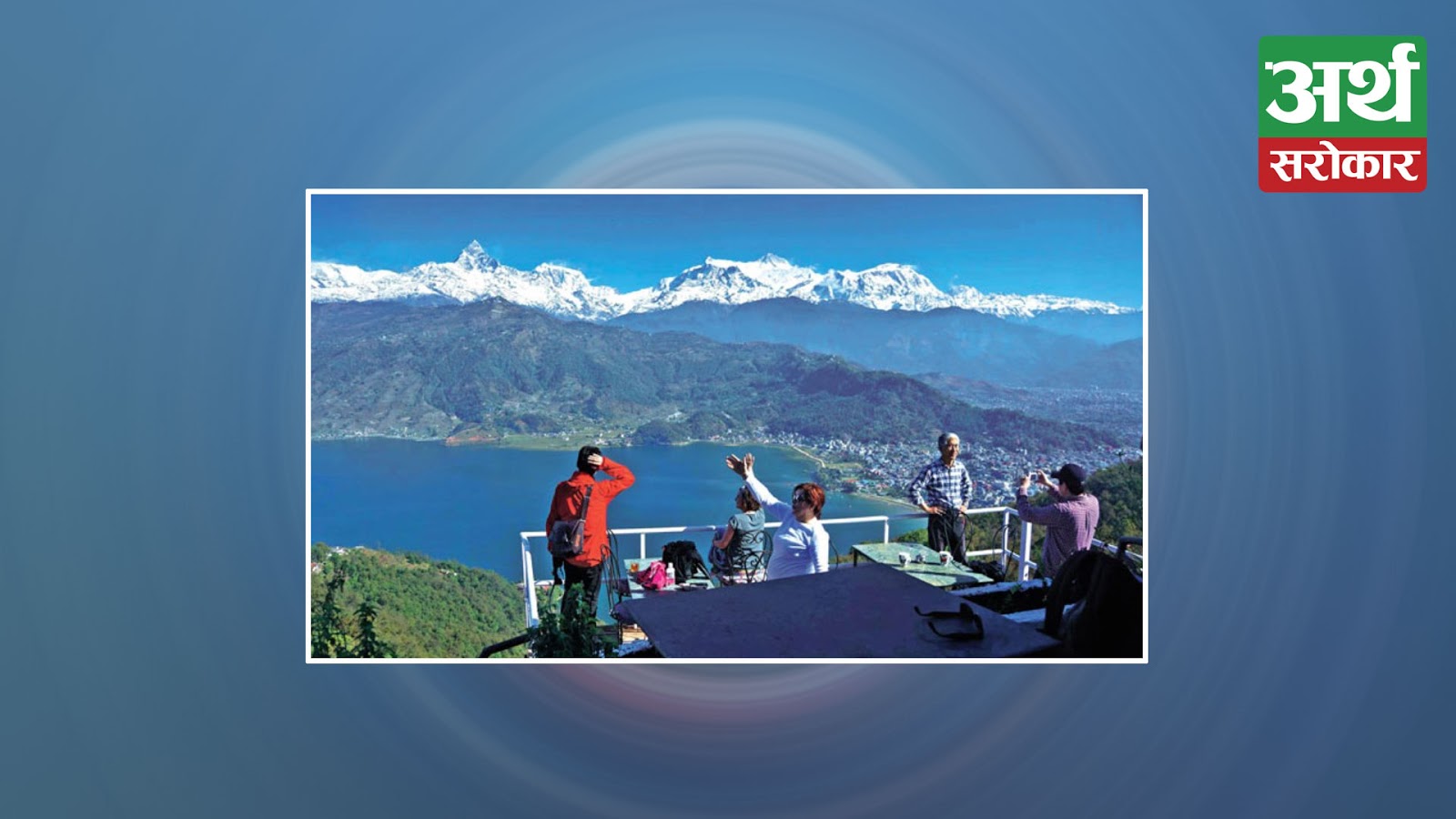 Six months after COVID-19 pandemic in the country, tourism sector in Pokhara has signaled the revival. Mardi Himal Trek has again seen mobility of tourists. Inflow of domestic tourists to the Trek is increasing, said Raju Poudel, owner of Hotel Snowland and Spa at Mardi Himal high camp, adding that it indicates hope in tourism sector in coming days.
“More than 100 foreign and domestic tourists would visit the area in the past. Now there is not a situation for foreign tourists to come in due to the pandemic. But we have prioritised domestic tourism,” he said. The government had announced the ‘Visit Nepal Year, 2020’ which aimed to bring in 2 million tourists. Tourist activities have also taken place. Paragliding, bungee jumping and zip line have resumed after a break of six months. Chairperson of the Nepal Airports Association Krishna Bhandari said paragliding was resumed after six months. Discussions with pilots and companies were underway to follow health safety like the use of masks and sanitizers while flying a paraglider, it has been said.
The process to add tourist vehicles targeting the Visit Year is underway, said chairperson of Nepal Tourist Transport Entrepreneurs Association, Gandaki State, Bobar Jung Gurung. In the late time, tourist vehicles worth Rs 500 million have been purchased targeting the Visit Year, he said. Pokhara has around 600 well-equipped hotels and approximately Rs 15 billion has been invested in