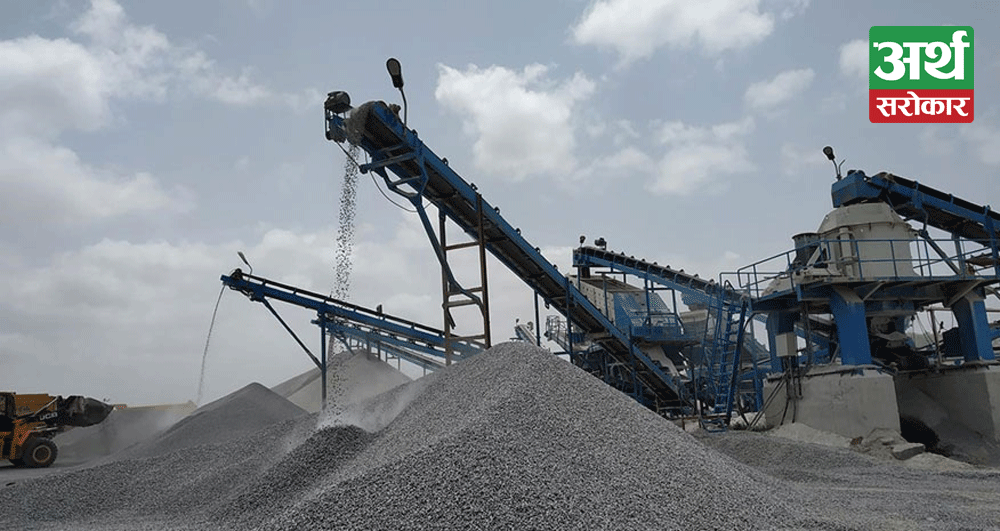 KASKI
The crusher industries in the district are found running illegally here. They have been violating the criteria the government set for the operation. The meeting of district level monitoring committee and district administration held here Monday conducted a joint inspection of the crushers in the district and found various such industries flouting the rule, said Chief District Officer Gyan Prasad Dhakal. The Home Ministry had issued a circular to the local administrations on November 10, directing them to immediately close the crusher industries if they were found illegal.
The Ministry made such circular in the wake of increasing exploitation of river products. The crushers were not paying tax, not renewing the license, and working against the activities mentioned in the permission. Similarly, some crushers were operative within 500 meter of the river. Strong Aggregate and Block Industry was exhausting the riverbed at Kotre, border of Kaski and Tanahu districts. Another Karyasiddhi Binayak Construction Industry operated at Musetunda of Pokhara-29 was found breaching the river standard.
Even the preliminary environment impact assessment was ignored, said CDO Dhakal. The proprietors of crusher industries that violated the standard the government set were asked to submit documents for further investigation and action, he added. Dhakal warned, “All crusher industries run illegally would be closed in the district.” Similarly, monitoring committee coordinator and chief of district coordination committee Baina Bahadur Adhikari also reiterated that any crusher run without meeting standard would be closed.