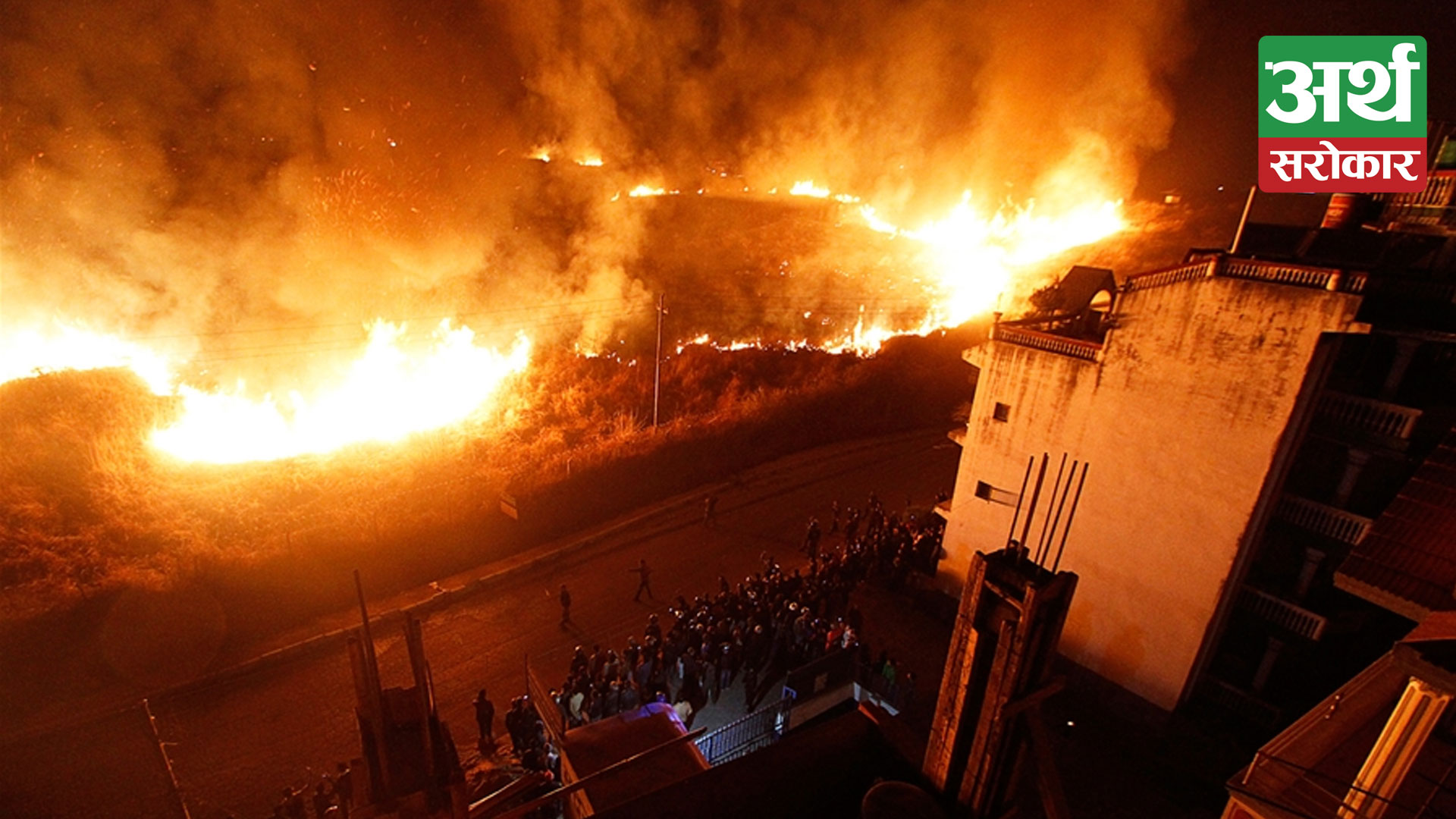 JUMLA
Thirty two houses were reduced to ashes in a fire in Tila Rural Municipality-7 in Jumla district, destroying properties worth over Rs 30 million. However, no human casualties were reported in the fire that started from a house and engulfed the whole village having mostly wooden houses, said the ward chair Hasta Budha.
Around 64 animals were killed in the inferno that was doused by teams of Nepali Army, Nepal Police, Armed Police Force and local people, he said. Preparations were underway to transport reliefs to the fire victims from the capital of Karnali Province in coordination with Minister for Internal Affairs and Law of the province Naresh Bhandari, said chair of the rural municipality, Ratanath Yogi.