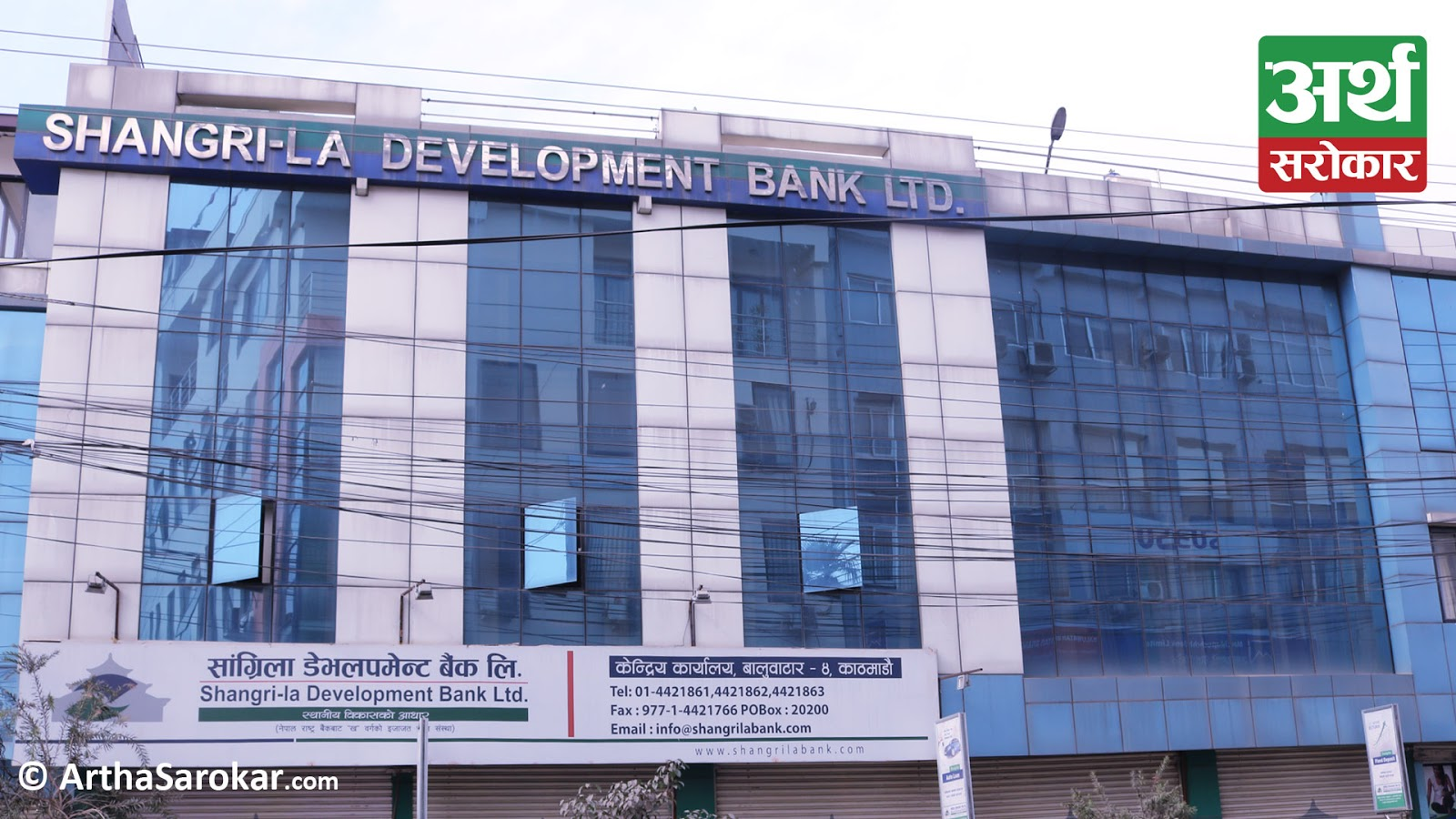 KATHMANDU
Sangrila Development Bank has made a net profit of Rs 164 million in the second quarter of the current fiscal year. The bank’s profit is 13.88% lower than last year. Last year, the bank had earned a profit of Rs 191.3 million.
The decline in net interest income and operating profit, two indicators of the bank, has affected net profit. The bank, which earned Rs 455.9 million in net interest income last year, has declined to Rs 542.1 million in the quarter, while its operating profit has also declined from Rs 275.8 million to Rs 222.4 million.
So far, the bank has collected Rs 34.55 billion in deposits and invested Rs 27.24 billion in loans. The bank has deposited Rs 658.7 million in the reserve fund. Earnings per share stood at Rs 12.65 while net worth per share stood at Rs 133.81.