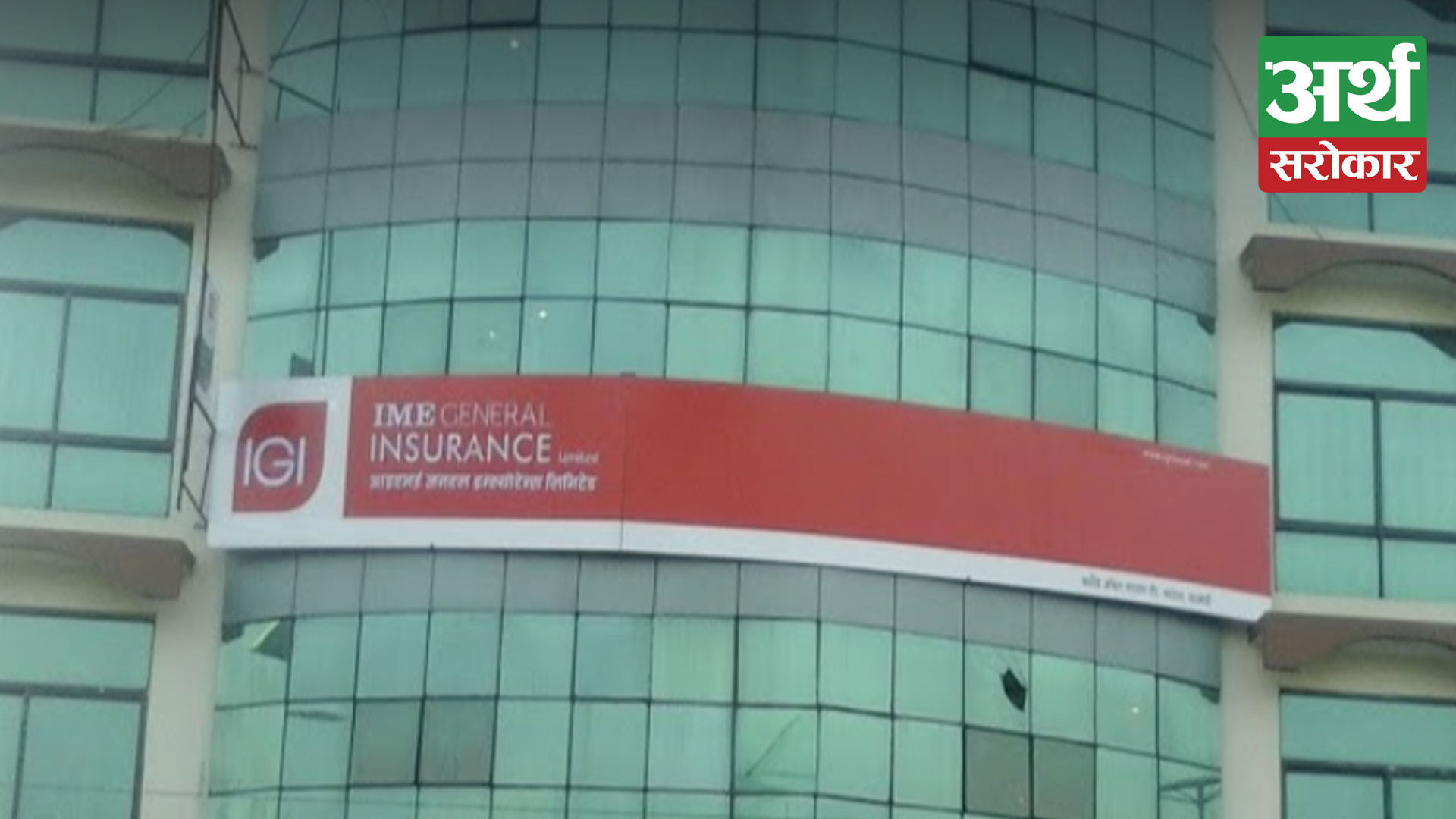 KATHMANDU
IME General Insurance has earned a net profit of Rs.152.66 million till the second quarter of the current fiscal year. This is an increase of 125.67% over the corresponding period of the previous year. In the corresponding period of the previous year, IME had earned a profit of only Rs. 66.58 million. IME General’s own premium income has also increased.
Last year’s net insurance fee income was Rs. 306.26 million, but now it has reached Rs.363.93 million. The size of insurance fund has increased by 53.10% to reach Rs. 435.33 million. Last year, the insurance fund had Rs 284.33 million. Similarly, the paid up capital is Rs 1.88 billion and the reserve fund is Rs 288.78 million. As of mid-January, IME General has an annual earnings per share of Rs 27.78 and a net worth of Rs 166.94 per share. As of mid-January, it has paid a total claim of Rs 291.07 million. The remaining amount to be paid is Rs. 611.72 million