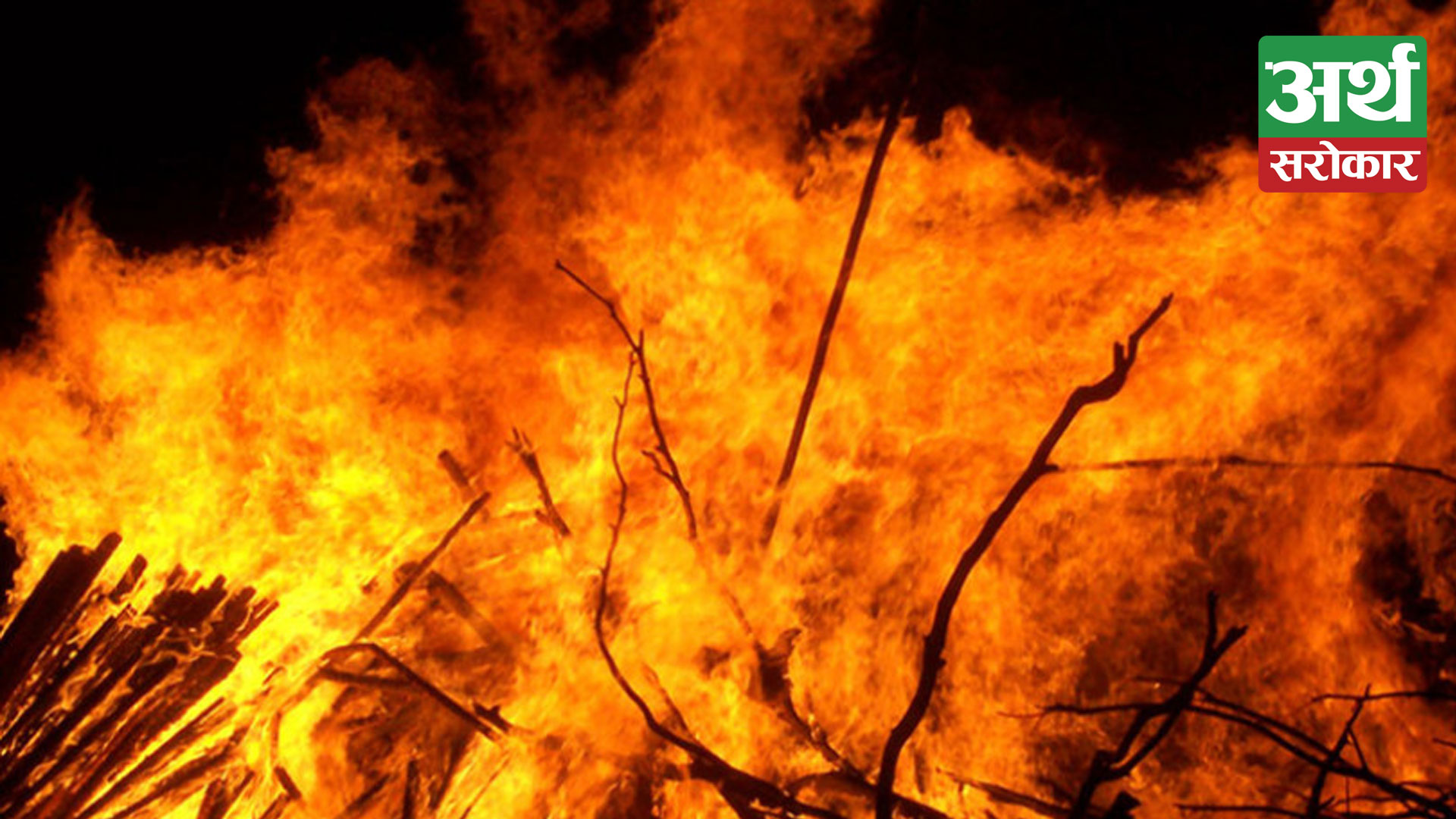 BAGLUNG
Many incidents of wild fire have taken place in the district with the onset of summer, incurring losses worth thousands of rupees. In a latest fire incident, 330 hectares of forests were destroyed in forest fires, according to the District Division Forest Office. Buki area under the Dhorpatan Hunting Reserve, Ghumte of Galkot, Buchhung Salleri community forest of Resh Sigana and Malika community forest were burnt down in the fires, said the assistant forest office at the forest office, Madan Kandel. A long spell of drought and human negligence are blamed for wildfires.
‘There is a long spell of drought. As a result, tree leaves have become dry and they can easily catch a fire when people build a fire nearby. People should be well aware and take cautions,’ he said. Ninety five percent of bushfires has taken place due to human negligence, he said. In a bid to control forest fires, the forest office has been launching awareness programmes. Properties worth over Rs 18 million have been burnt down in fire in the district so far for the fiscal year, 2020/21, according to the District Police Office, Baglung. Ninety houses and 15 animal sheds were destroyed in fires and three people were injured and 29 domestic animals killed and 18 injured.