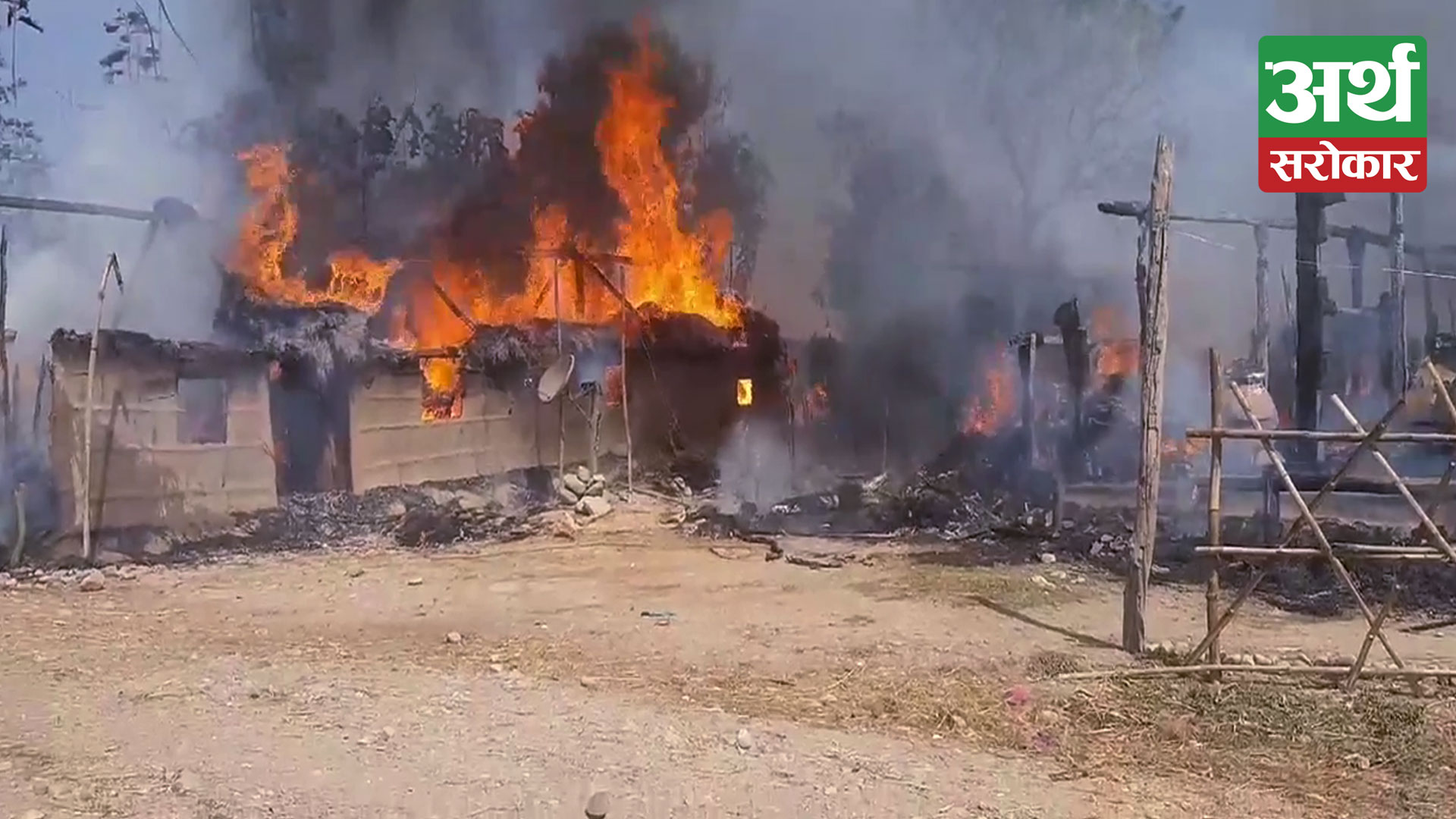 JUMLA
Thirty-five houses were gutted in a fire that took place at Mulli in Dhipugaon, ward no. 9 of Tila rural municipality of Jumla. A total of 35 houses among the 75 houses in Mulli have already been turned into ashes in the fire, ward chair Sher Bahadur Bohara said. All the food stock inside the houses was gutted in the fire. This is the village where people in this region spend six months is a year and hence stockpile food grains.
People come down to Dhipugaon to save themselves from snowfall and excessive cold. Meanwhile, ward chair Bohara has appealed to all stakeholders for rescue and relief support to the fire survivors. The fire is still waging and is out of control. Chief District Officer of Jumla Bhupendra Thapa said that a team of police has been sent to the site soon after the incident was reported.