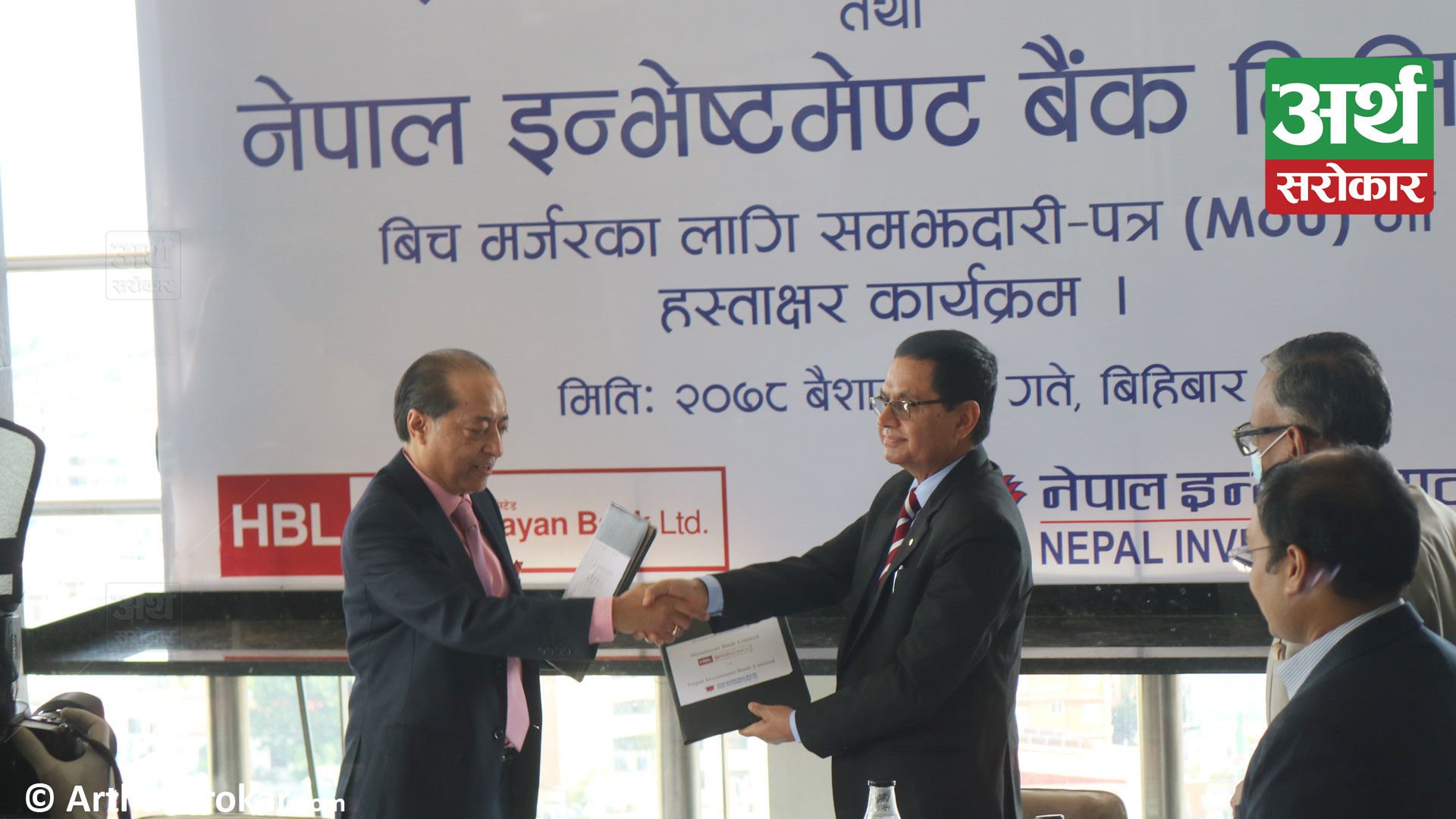 KATHMANDU
With the intention of strengthening the banking sector of Nepal and in line with Nepal Rastra Banks (NRB) encouragement through their Merger and Acquisition policy Nepal Investment Bank Ltd. (NIBL) and Himalayan Bank Ltd. (HBL) have jointly signed an MoU (memorandum of understanding) to go into a merger. The signing of the MoU was done by the Chairman of Nepal Investment Bank Mr. Prithvi Bahadur Pandé alongside the Chairman of Himalayan Bank Mr. Tulsi Prasad Gautam. This development has officially paved the way to complete formalities before the process of the start of joint operations between the two commercial banks.
After the merger the banks will be known with the unifying name of ‘Himalayan and Nepal Investment Bank Ltd.’ Mr. Prithvi Bahadur Pandé will be retained as the Chairman of the bank while Mr. Ashoke Shamsher Rana will be the Chief Executive Officer (CEO). Similarly, the Board members’ post- merger will be comprised of 3 members each from both banks while also accommodating an independent member thus making a total of 7 members on the Board.
Nepal Investment Bank and Himalayan Bank are two A class commercial banks, therefore the mouthwatering prospect of a merger between the two will make it the biggest bank in the history of Nepalese banking industry. At present the paid up capital of Nepal Investment Bank stands at 16.26 billion whereas Himalayan Banks paid up capital amounts to 10.68 billion. After the merger the combined paid up capital of the banks will reach a staggering 26.14 billion making it the bank with the highest paid up capital in the country. Similarly,