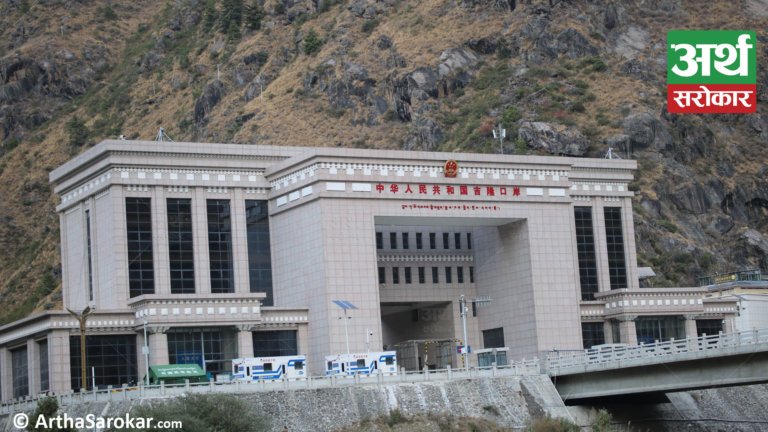 Last fiscal year, revenue collection from the Tatopani Point of Sindhupalchowk, serving as the major transit point between Nepal and China, was too less than the target. During the fiscal year 2020-21, revenue of Rs 1.2 billion was collected from the point against the target of Rs 5.47 billion, said Office information officer Ram Chandra Poudel.

The transit point had remained operated just for four months last fiscal year due to the long closure of Nepal-China Border Bridge following the damages caused by a flood and landslide and the coronavirus pandemic. When the point was open, the import of goods was also less than the target.

Prior to the 2015 Earthquake, revenue over Rs 15 million used to be raised here daily. It had remained shut for more than five years after the quake. But several incidences of natural disasters have obstructed its full-fledge operation.