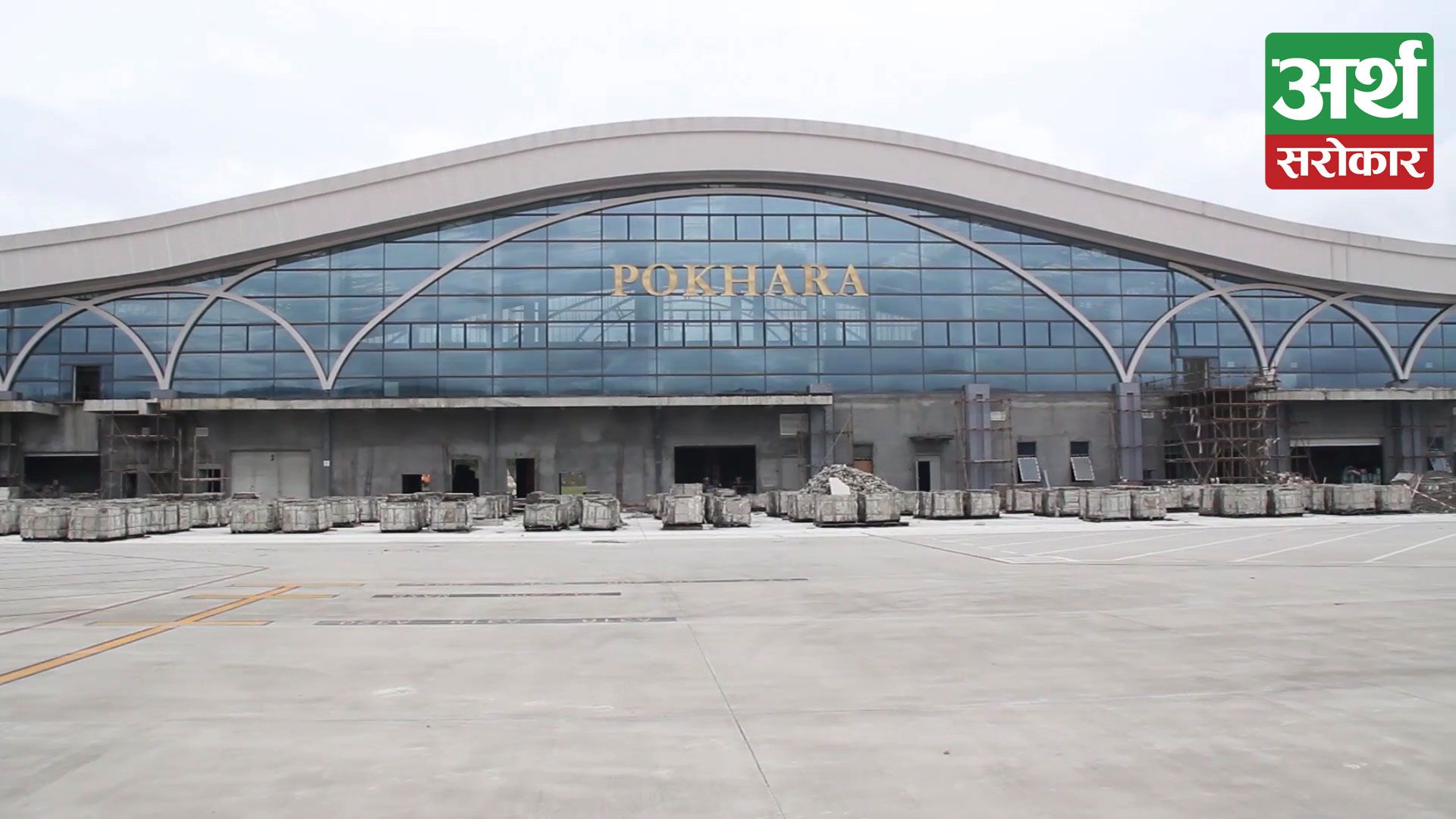 Pokhara is famous not only for its natural grandeur but also as a hub for adventure tourism. One of the adventure tourism activities that has become popular among tourists, both domestic and foreign, here is paragliding. It was the first choice of domestic tourists after the lifting of restriction imposed during the first wave of COVID-19 last year. Many tourism entrepreneurs believe that paragliding helped, to some extent, revive the already dented tourism of Pokhara. The paragliding companies offered discount of 50 to 60 per cent and 500-700 paragliding flights used to take place daily, filling the Pokhara sky. This instilled some hope among the otherwise dejected tourism entrepreneurs here.

The tourism industry has again been badly affected with the spread of the new variant of the coronavirus now. Much worried over this, tourism entrepreneurs have been drawing the attention of the bodies concerned to immunize the tourism sector workers and entrepreneurs and to bring tourism-friendly policy o prop up the industry. Amidst this grim scenario, the paragliding operators here are concerned over the future of their business as construction of the Pokhara Regional International Airport nears completion. They fear paragliding might get displaced once the airport comes into operation since some quarters have started arguing that paragliding might get in the way of smooth operation of flights from the airport. Actually questions were also raised on the sustainability of paragliding from the Sarangkot hill from the time construction of the airport started in 2017. Construction works of the airport are 82 per cent complete now. Meanwhile, a team of Nepal Airsports Association (NAA) some days back made an observation of the airport and put forth the institutional views and concerns of the paragliding entrepreneurs before the airport management.

NAA president Krishna Bhandari said he was confident that they would be able to continue operating paragliding from Sarangkot hill by employing measures including highest technology and management so that it does not disturb the airplane flights at the airport. “Some technical issues have been pointed out. However, this would not be a problem if the operation of paragliding is managed along with the use of high-end technology. If it is possible to operate air flights every second in Singapore, there is no question that it is not possible to manage these things here,” he said. Although the Tenzing Hillary Airport in Lukla of Nepal is said to be the most dangerous of airports in the world, he said, flights are being operated from there with the guarantee of air safety because of efficient management. “There would not be problem in the operation of paragliding along with the airport in Pokhara as well if the Civil Aviation Authority of Nepal emphasized on efficient management,” he suggested. As Bhandari said, the management side has been urged to prepare the ‘operation procedure design’ ensuring the operation of paragliding at the same location while the airport construction project nears the final phase.

According to organisation’s general secretary Balaram Acharya, if there lie technical issues to operate paragliding in Pokhara, its operation could be continued by assessing the international practices and revising the operation modality accordingly. Demarcation of a ‘safe zone’ and implementation of the rules strictly may make the operation of paragliding near airport possible. Paragliding in Pokhara remains as one of the brands of Pokhara tourism and its displacement is likely to discourage touristic activities in the major touristic town. As he said, an eight-member task force was formed under the coordination of Deputy Director of the Civil Aviation Authority of Nepal, Subhash Jha, to study the operation and management of paragliding as per the September 2, 2019 decision of the Ministry of Tourism and Civil Aviation. The report submitted by the task force on paragliding stated two options: the first option present some conditions to operate the service from the existing location. It advises to follow the paragliding operation modality opted in Switzerland, Italy and France near the airport area. It suggests the fixation of two hours for the operation and strict implementation of the paragliding zone rules.

The second option is about shifting the service to somewhere else from the existing location. It has recommended Panchase and Machhapuchchhre rural municipality areas as alternative areas for the paragliding operation. Chief of the Airport Project, Binesh Munkarmi, said though the Sarangkot area would not be used for international flights, the area is for diverting the flights for failed landings and it seems not appropriate for paragliding in view of safety reasons. On the other hand, he said that paragliding operations could be hampered as the route of domestic flights falls in the same area. Munakarmi stressed the need of giving priority to safety issues first as the take-off and landing are very sensitive, stating that though they were very positive for the sustainability of paragliding. However, he said since he was not an expert on the matters, it would be better to come up with an official opinion only after the study by technical experts. Chief of the consultation group, Yam Bhandari, said it was not possible now to talk about the matter without carrying out overall study and mapping. Bhandari shared, “Alternatives can be found out only after carrying out study of technical and air safety condition. But we cannot draw conclusion right now whether or not paragliding can be operated.” Paragliding service was operated in Pokhara and surrounding areas for the first time through ultralight aircraft in 1997 and through hang glider in 2001.

There are now 70 paragliding companies, three paragliding flying schools, four ultralight companies and one hot air balloon in operation. Around one billion rupees has been invested in this sector and 342 para pilots have been flying commercial flights in Pokara alone. There are some 15 foreign para pilots and more than 1,000 people have got direct employment in paragliding sector. Advisor of the organisation, Shailendra Raut, said that new problems and challenges are being added in operation and management of paragliding sector due to increasing number of adventurous and recreational aviation activities in the town for the past few years. There was an agreement to complete the construction of Pokhara Regional International Airport, which is taken as the national pride project, within July 10, 2021. Though the CAMCE, the Chinese construction company, had been saying that it would hand over the airport after completing its construction six months before the deadline, the deadline has been extended by one more year due to coronavirus.