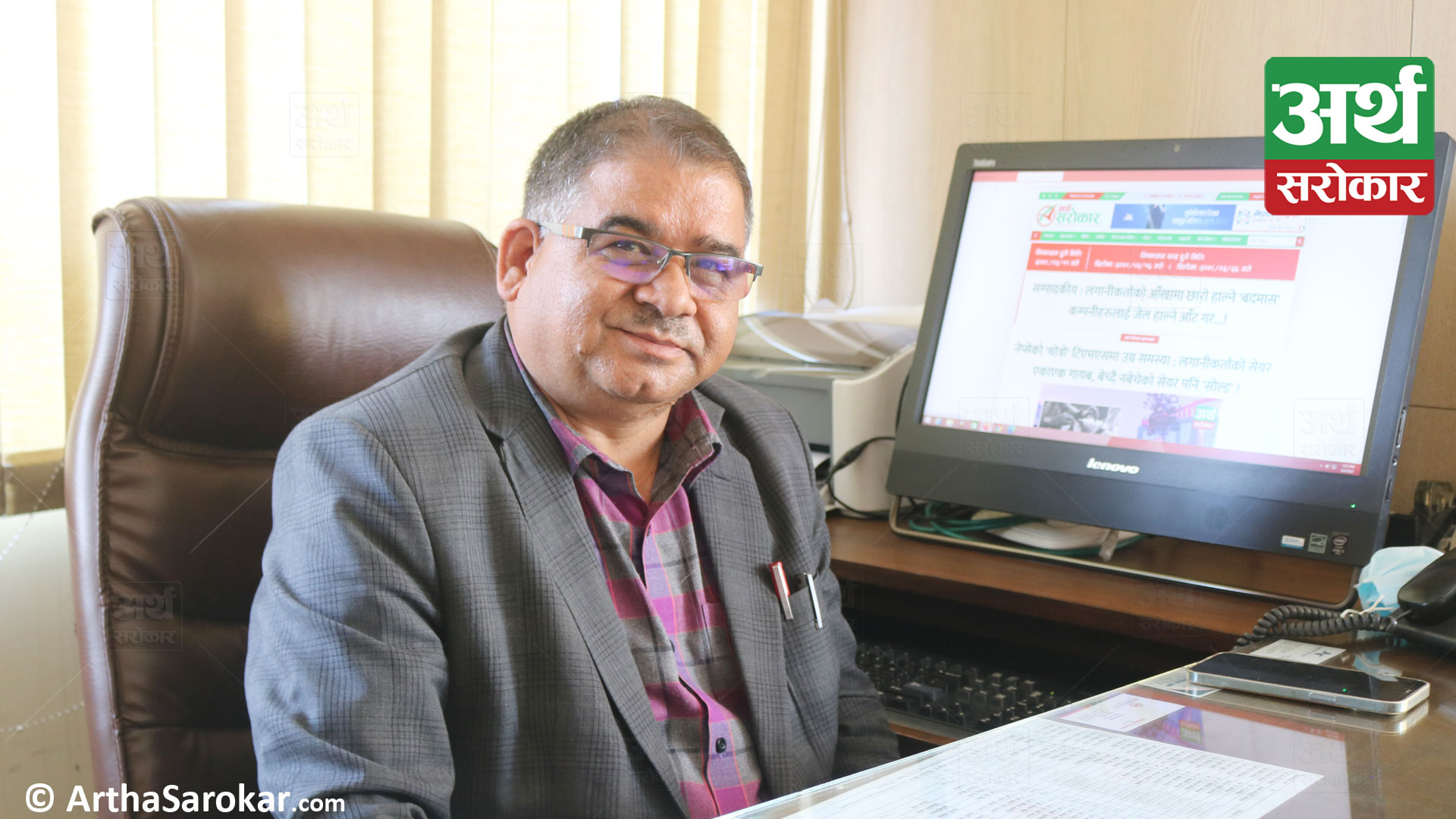 Chief Executive Officer of Nepal Stock Exchange (NEPSE) Chandra Singh Saud has resigned after being accused of buying shares of a company illegally. Saud was found to have bought 10,000 units of shares of the Sarbottam cement in the name of his wife, as the company was preparing to introduce general shares for listing. The Ministry of Finance is investigating the matter after the news became public.
Speaking at a news conference after submitting his resignation letter to the Finance Ministry on Tuesday, Saud said he resigned to cooperate with the investigation process. The Ministry of Finance is also investigating against Bhishma Raj Dhungana, Chair of Securities Board of Nepal (SEBON). Dhungana is also accused of buying the Sarbottam cement shares in his daughter’s name. It may be noted that the Finance Committee of the Parliament had directed the authorities concerned to take action against SEBON Chair Dhungana and CEO of NEPSE Saud.