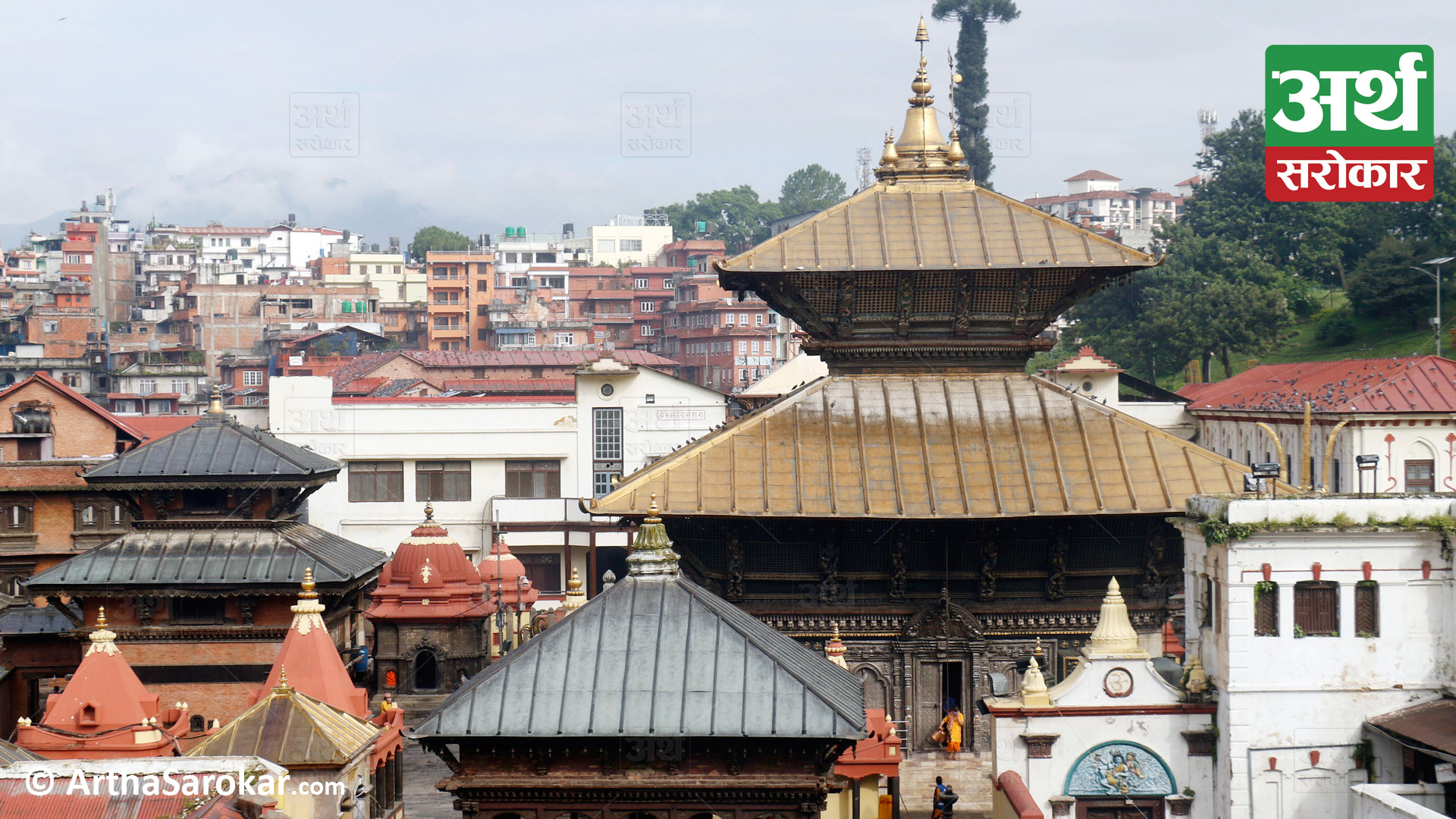 A sub-committee formed under the National Concerns and Coordination Committee, National Assembly today visited the Pashupatinath Area. The area has remained in the list of UNESCO World Heritage Sites. The sub-committee coordinated by lawmaker Anita Devkota took stock of physical infrastructure under-construction works, parking management issue, shifting of the Tilganga’s settlement, puja and cultural rituals and the Ghat management issue in the Pashupati area Komal Oli, Udaya Sharma Poudel, Khimlal Bhattarai and Indira Devi Gautam were other lawmakers in the team.
Talking to media persons after the visit, the lawmakers pledged to draw the government’s attention towards developing the site as a destination of the Vedik Santan Hindu followers from across the world. On the occasion, Pashupati Area Development Trust (PADT) executive director Dr Ghanashyam Khatiwada apprised the delegation of development projects being implemented in the area. So far, 58 heritages, out of 105 damaged by the 2015 April earthquake, have been rebuild, according to Dr Khatiwada. Similarly, reconstruction of 21 heritages is underway while the rebuild of 23 heritages is yet to kick start.
Likewise, a master plan is being formulated for the greater development of the Pashupati area. Construction of a parking lot at the Bankali