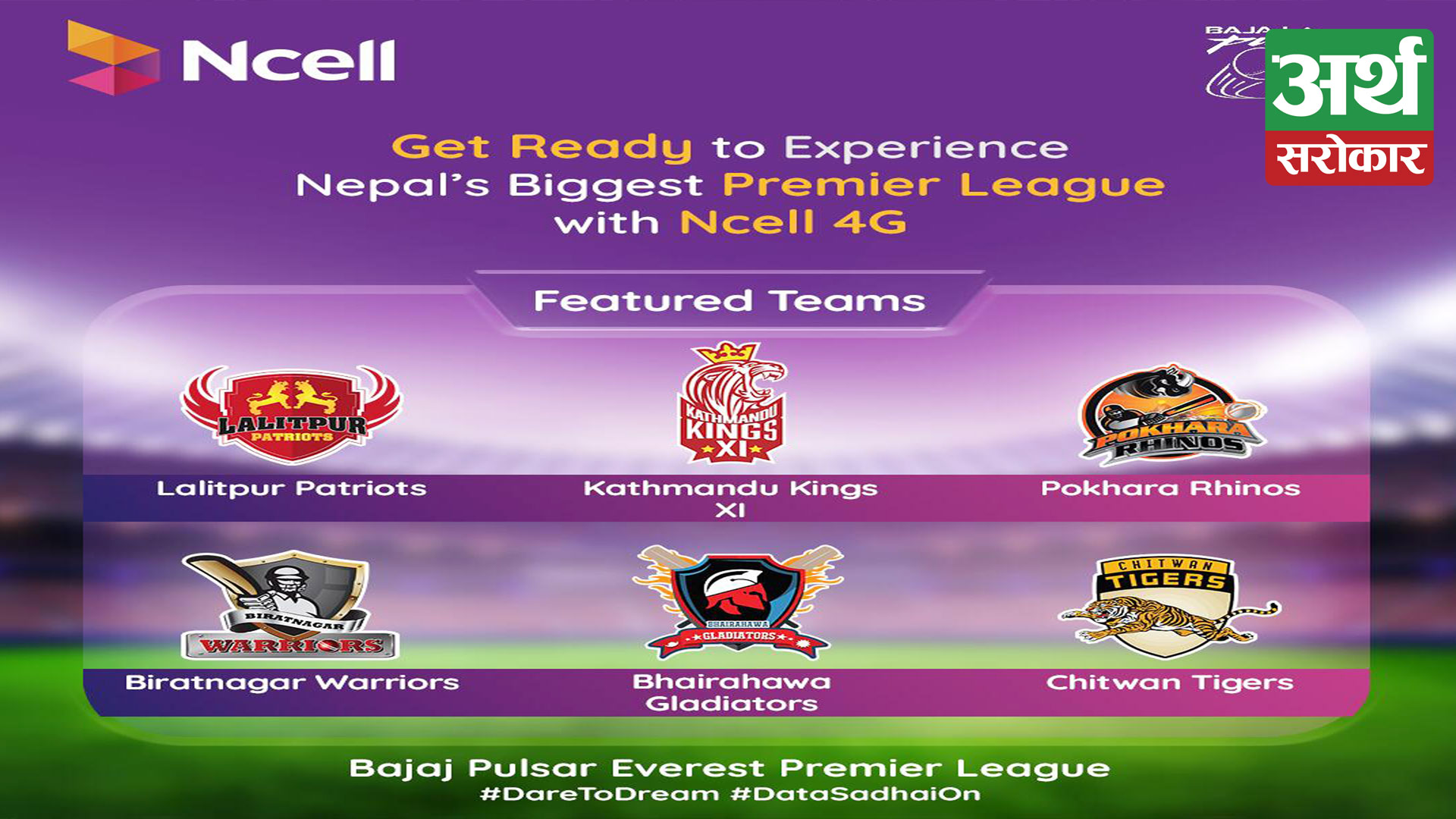 Get ready to experience Nepal’s biggest sporting event – Bajaj Pulsar Everest Premier League (EPL) with Ncell 4G. The league is set to begin from September 25, 2021.
Ncell believes in investing in sporting events to promote fresh talents and with LIVE events like EPL, it provides Ncell with a unique opportunity to connect with our customers directly. We will be leveraging our collaboration as ‘Connected By’ partner contributing towards development of domestic cricket.

With its widest 4G network coverage, Ncell hopes to re-establish the passion that people have for outdoors. In the backdrop of the persisting situation, where many people have been isolated, Ncell aspires to connect with our customers digitally. Cricket fans can watch the EPL online. While we aspire to reach out to our customers and audiences, EPL brings much needed respite to the masses at home and watch LIVE matches digitally. It is in that aspect that we have an edge.

The vision of EPL is to create a platform to tap the endless cricketing talent in this country, and to create bridge where domestic talents can meet international talents. The event that began in 2016, has now become one of the biggest cricket leagues in the world and is ready to be broadcasted in over 155 countries worldwide, reaching up to 450 million people. In 2017 & 18 – for the first time, international cricketers come to play in a home grown – domestic league. It was a tremendous success. Given the passion cricket ignites, the viewership it attracts, Ncell hopes to use EPL to directly engage with consumers, encouraging and incentivizing them to share their experiences.

EPL has caught global attention and has become a true-blue ambassador of Nepal – Pakistani cricket legend, Shahid Afridi, who is also all set to play this year – said, “I have heard Nepal has beauty like no other. I look forward to playing in the Bajaj Pulsar EPL this edition.” This domestic league has received tremendous support not only from fans, media, cricket governing bodies, but also from corporates brave enough to back such ventures and be early on to catch the trend.