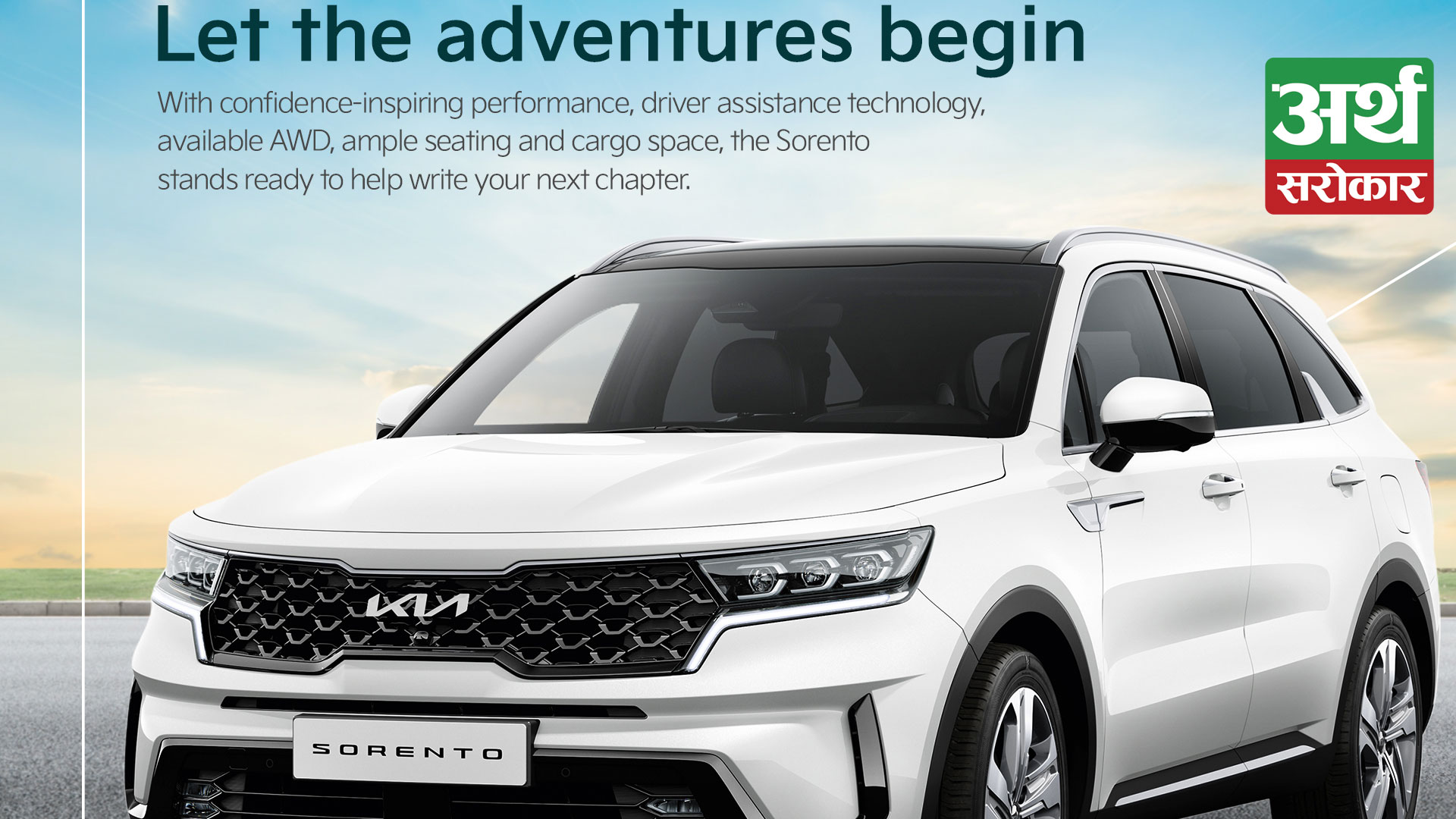 With Brand’s first Hybrid SUV in Nepal, Kia takes a major step forward in its strategy for Hybrid vehicles in Nepal. ‘The largest Hybrid SUV’- these are not just words that necessarily inspire people when it comes to cars. Korean auto giant Kia, however, has managed to find a way to make the concept very compelling with its Kia Sorento Hybrid packed with 7-seater capacity. Kia SUVs have made an impact on the Brand with its record-breaking sales figures in past year, now presses ahead into a future in which, the new Kia Sorento Hybrid will not just devour the roads but also endeavor the environment faster than we can imagine.

Powered by a 1.6l TGDi turbo petrol engine and a 1.49 kWh battery mated with 44.2 kW electromagnetic motor, the 2021 Sorento is not only the big SUV that can take on any terrain but is also a green alternative towards our cleaner and greener future. The hybrid motor is based on TMED structure with parallel drive system which shifts by wire through a full gearbox making the drive thrilling. The New Sorento not only gives an unmatched power but also unmatched fuel tank mileage of 1054 km on a full tank. The New Sorento uses both the Electric Motor as well as the TGDi petrol engine to lunge for a stationery position. At first the Kia Sorento uses its electric motor to drive 25kmph, then the TGDi petrol engine takes over. However, it uses both the electric motor and TGDi petrol engine t