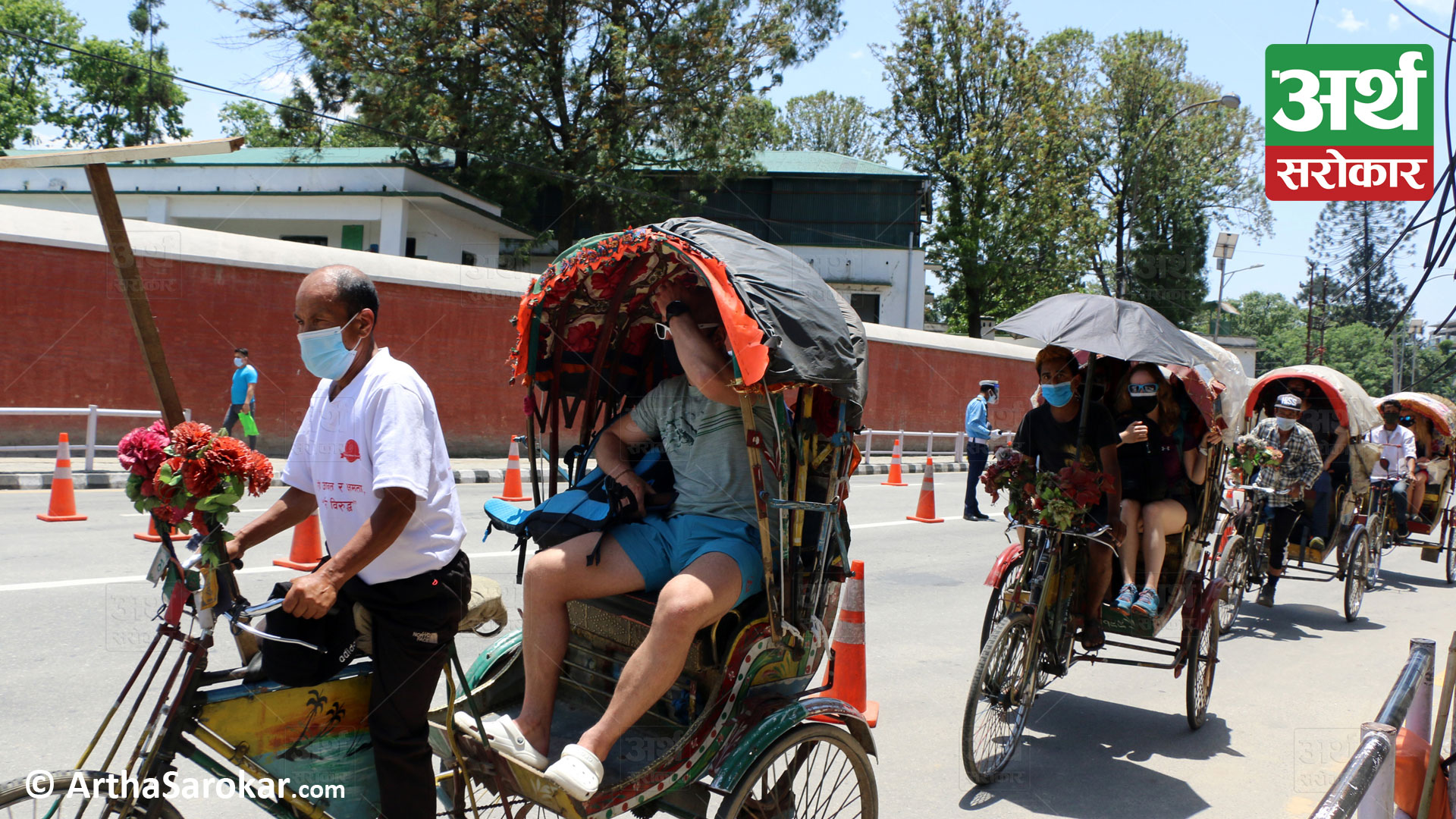 The average stay of foreign tourists coming to Nepal is found to have increased although their numbers has decreased due to COVID-19 pandemic. The ‘Nepal Tourism Data 2020’ recently released by the Ministry of Culture, Tourism and Civil Aviation shows that average stay of tourists has increased somewhat compared to the previous years and crossed 15 days. The average tourist stay in the country in the previous three years was around 12 days. It was 12.7 days in 2019, 12.4 days in 2018 and 12.6 days in 2017. Before that the average tourist stay was 13.12 days and 13.16 days in 2011 and 2016 respectively.
With the duration of tourists’ stay increasing, their spending has also increased. Per tourist spending has increased to reach 65 US Dollars as compared to the previous years. In previous years the average per tourist spending was 45 US Dollars. Compared to the previous years, the tourist arrivals have seen a decline of around 80 per cent in 2020 due to the pandemic. Tourist arrivals in 2020 is only 230 thousand 85. It was one million 197 thousand 191 in 2019 and one million 173 thousand 72 in 2018. Foreign currency earnings from the tourism sector have witnessed a 71 per cent decrease as the sector is badly dented by the pandemic. Around Rs 25 billion of foreign earning has been made from the sector.
Four hundred and forty seven climbers from 153 teams had taken mountaineering permit in 2020, which is less by 92 per cent as compared to the previous year. The number of countries with which bilateral air service agreement were made has reached 40 until 2020. The number of Nepali airlines companies operating international flights is three while the number of international airlines companies operating flight to Nepal has reached 27. The Tribhuvan In