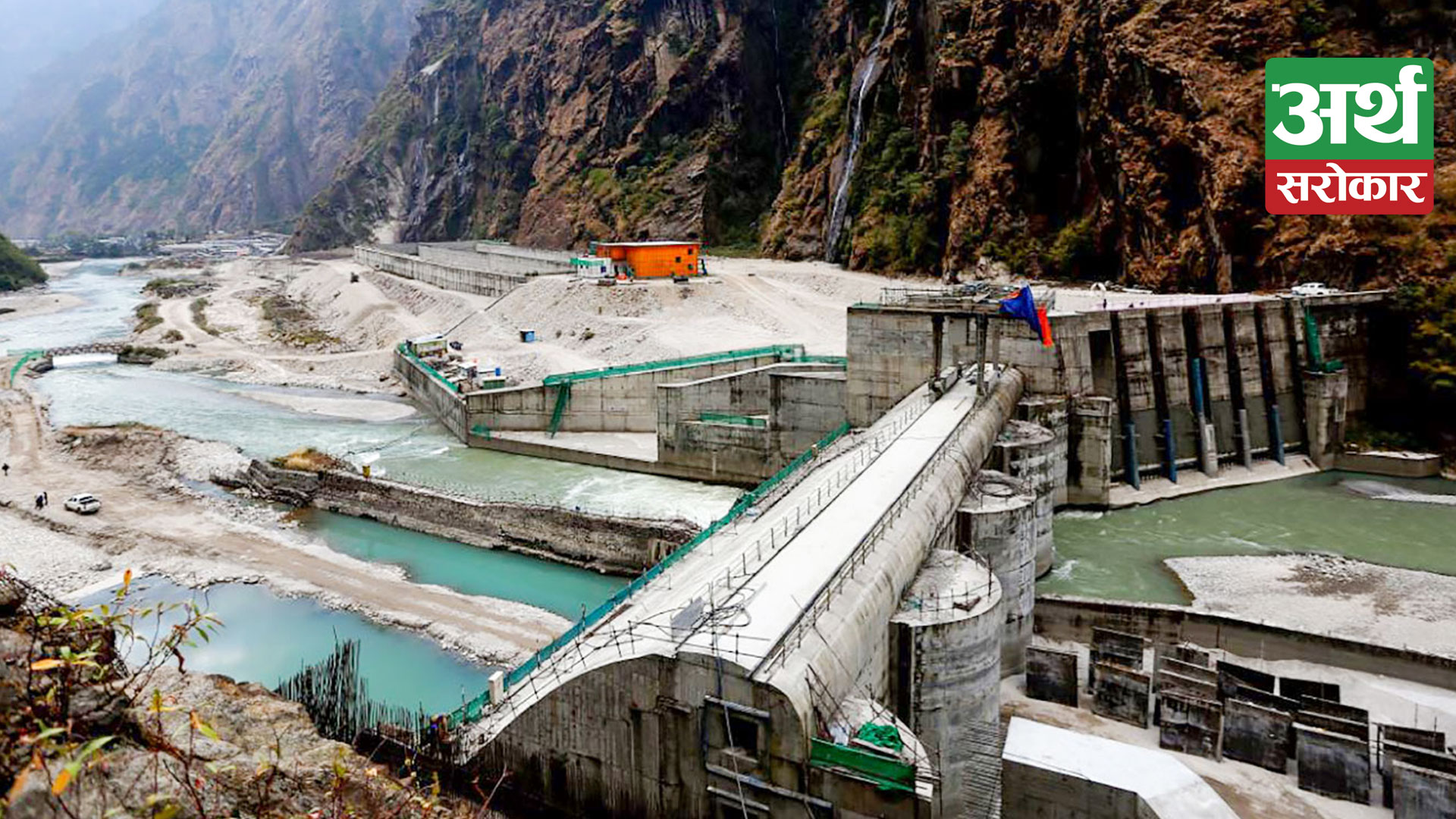 The Upper Tamakoshi Hydropower Project (UTHP) has finally begun commercial production. The projects with the capacity of 456MW began in full swing from Sunday. In course of the construction, the UTHP faced numerous hostilities as natural disaster, border blockade, Gorkha Earthquake and COVID-19 pandemic. The mega project of electricity with sole domestic investment became successful to launch commercial production, said Chief Executive Officer at UTHP, Bigyan Prasad Shretha.
The beginning of the commercial production was observed with peace prayers as per Bouddha tradition at Bigu Rural Municipality-1 of Dolakha district. The UTHP was however inaugurated earlier on July 5. The electricity generated from the project has been linked to the newly constructed 220/132 KV substation bringing it via 220 double circuit transmission line. The newly construction Nyun Khimti substation is located at Sankhe of Ramechhap district, 47km away from the project. The substation is again linked to 400 KV substation located at Dhalkebar.
The UTHP was laid foundation stone by then Prime Minister Jhalanath Khanal on September 3, 2011. The initial investment of the project was Rs 35.29 billion which is now reached to Rs 52 billion for various reasons as change in the design, increased payment to consultants for extended term of construction, price hike. Alarmingly, adding interest to the investment cost has reached the total investment cost to Rs 84 billion. Nepal Electricity Authority (NEA) has 41 percent share in the project. Per unit power cost is Rs 3.50 in average.