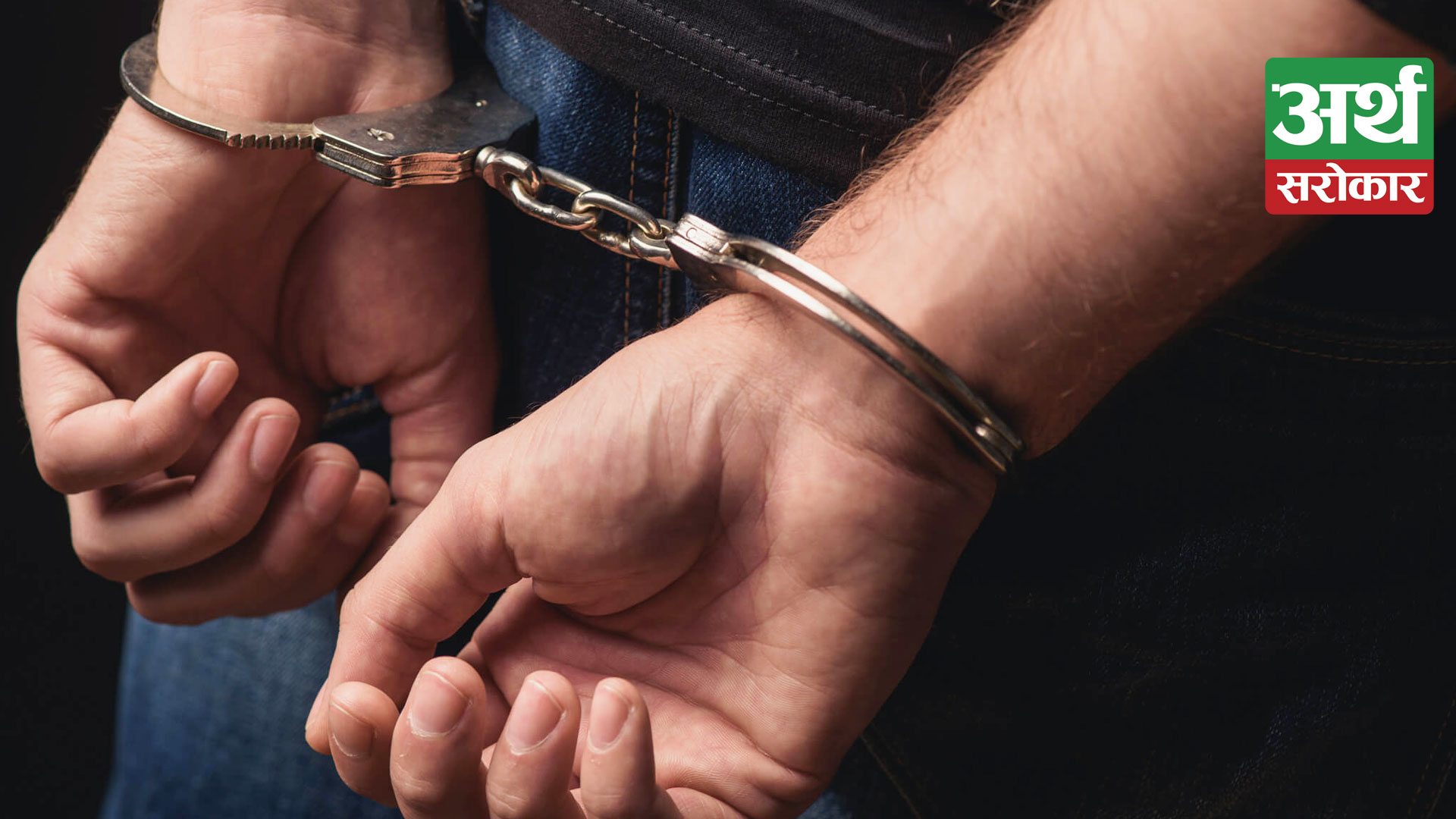 Police have arrested nine persons including, Bhairab Bahadur Adhikari, Ward Chairman of Suryagadhi Rural Municipality-5 in Nuwakot district on Thursday night on charge of gambling. Superintendent of Police (SP) of Nuwakot Tul Bahadur Karki said that the gamblers were nabbed from a hotel in Bidur in the time of playing card.
Other arrestees include Krishna Bishwakarma, Keshav Prasad Panta, Nabin Chitrakar, Machhindra Pariyar, Santosh Tripathi, Raju Panta, Padam Singh Dhami and Ishwor Gupta. It is said that police also seized Rs 352,000 from the gamblers too. According to police, the alleged ones will face a charge sheet in the District Administration Office as per the Gambling Act.