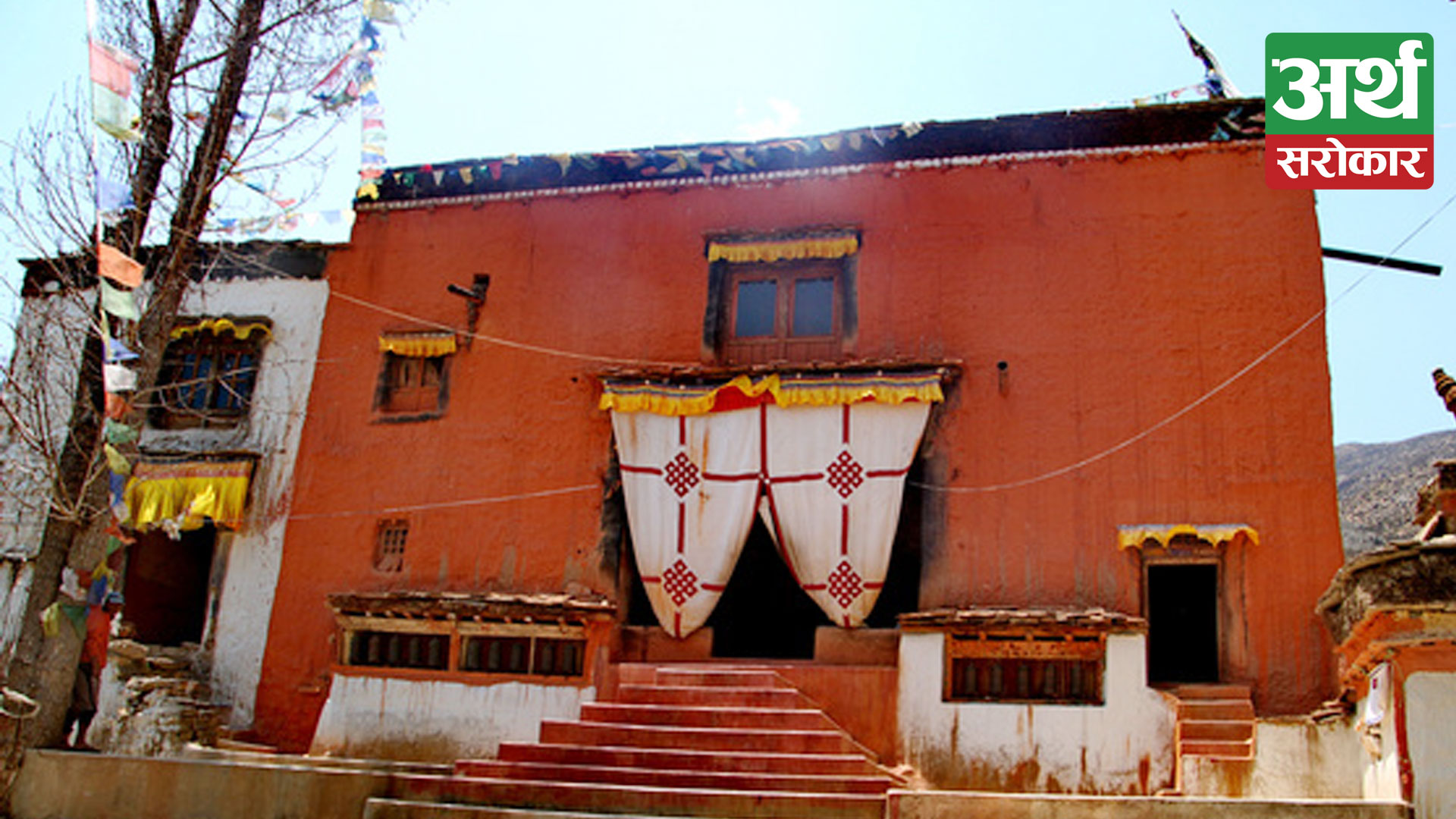 Rebuilding of the Lo Gekar monastery located at Lo-ghekar Damodarkunda rural municipality in Mustang has begun. The Kathmandu-based US Embassy has assisted the monastery reconstruction project. The US Embassy has said it would be spending US dollars 285,000 for the project.
The Embassy in a press statement on Monday said that the rebuilding was taking place in the support of the US Ambassadors Fund for Cultural Preservation. Gandaki Province Assembly (PA) member Mahendra Thakali, Damodarkunda rural municipality chair Lopsang Somphe Bist (Raju) and US Embassy Public Affairs Officer Garrett Wilkerson jointly launched the reconstruction project. As the Embassy said, the rebuilding works will complete by 2023. Lo Gekar remains as one of the oldest Buddhist temples.
Following the reconstruction, the arts and crafts of the monastery will be archived. The Buddhist temple was damaged by the 2015 April earthquake. The monastery dates back to the 8th century and was built by the Buddhist religious leader Padmasambhava, it is said.