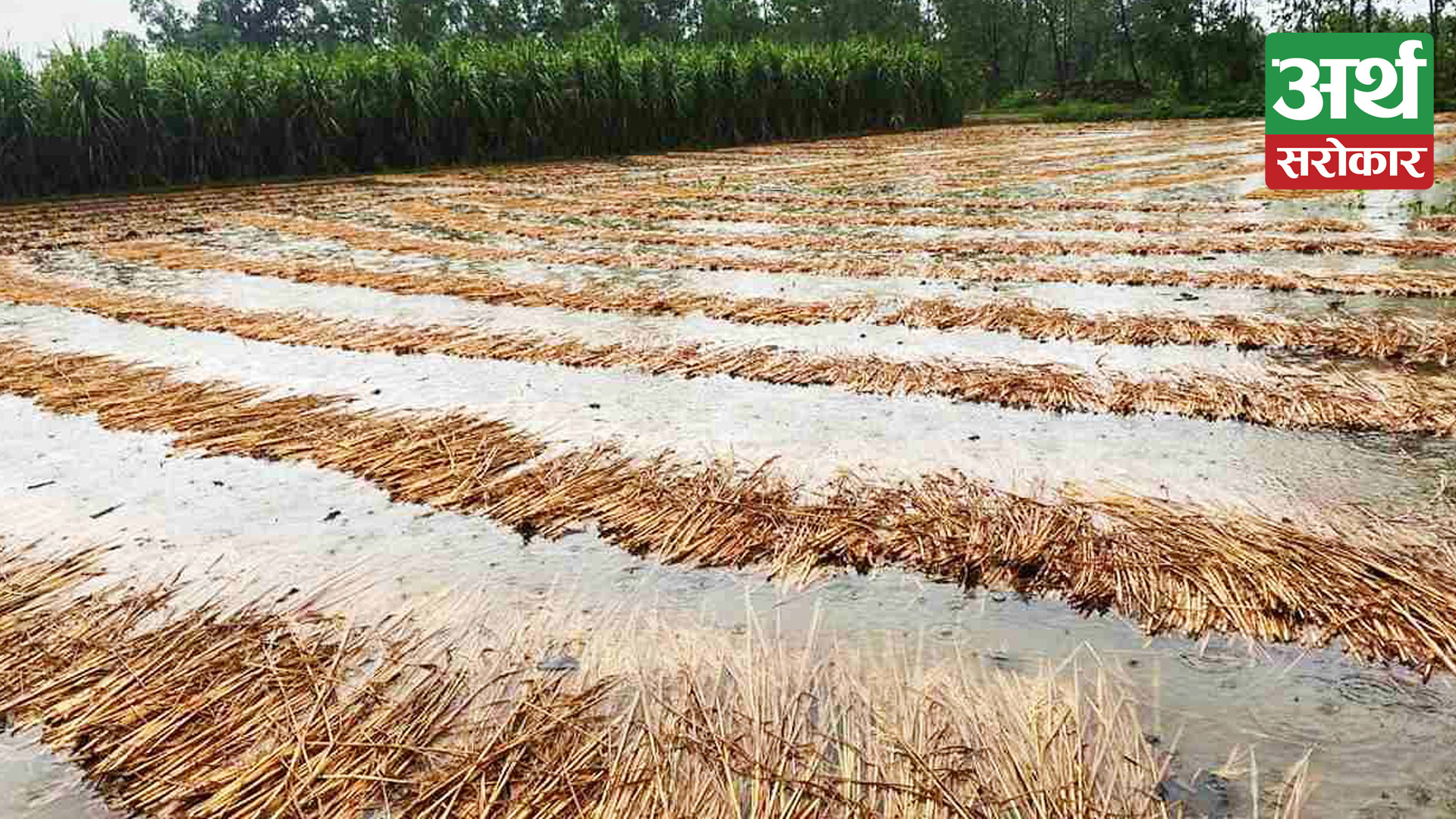 The government has approved the work procedure submitted to it by the taskforce on providing relief for the damage to the rice crop caused by recent unseasonal rains. A meeting of the Council of Ministers had, on October 25, formed the taskforce to carry out a study on the damage caused to rice crop due to the flooding and inundation following the unseasonal precipitation. The Secretary at the Ministry of Home Affairs was designated as the coordinator of the taskforce.
The Secretaries at the Ministry of Agriculture and Livestock Development, the Ministry of Finance, the Ministry of Industry, the Ministry of Federal Affairs and the National Planning Commission (NPC) are the members of the taskforce. The taskforce was given a three-day deadline to carry out the assigned task. Minister for Communication and Information Technology, Gyanendra Bahadur Karki said that additional process would be forwarded on the basis of the work procedure prepared by the taskforce. As per the preliminary estimation, paddy crop worth around seven billion rupees was damaged across the nation due to unseasonal rainfall.
Minister Karki expressed determination to provide relief to victims based on the damages. A cabinet meeting held on November 8 decided to provide relief to families of victims of Motipur Industrial Corridor incident. Similarly, the meeting also granted permission for land acquisition for the construction of 400-KV sub-station in Kushma and sub-station in Jumla. Similarly, the meeting has promoted Niru Dahal Pandey to the post of Gazetted Special Class of Agriculture and Forest Service).
Similarly, the meeting granted the permission for the establishment of sisterly relations between the Kirtipur Municipality and the Huanggang City of the Hubei Province, China, according to Minister Karki who serves as Spokesperson for the government. Similarly, the meeting decided to make appointments on posts of Gazetted First Class of several services as per the recommendations of the Public Service Commission. More, the meeting approved the Nepal’s participation in a programme of the World Health Organisation to be held in Geneva. On a different note, Minister Karki said the government was taking all possible efforts to provide COVID-19 vaccines to the all eligible citizens as per its previous announcement.