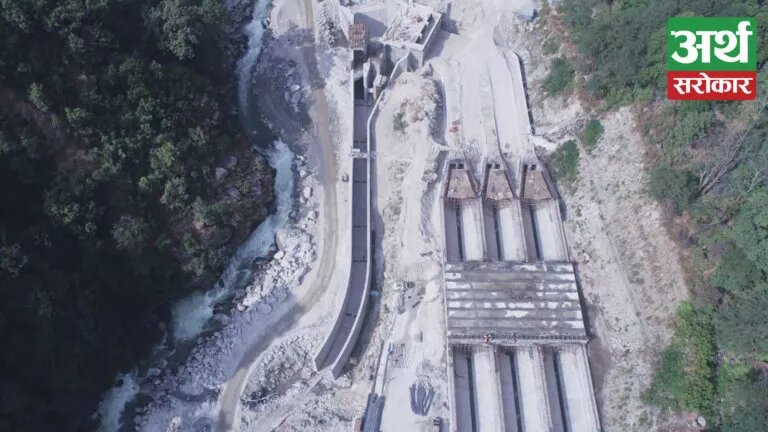 The government has formed a three-member probe committee today to investigate into the incident occurred at Solukhola Dudhkoshi Hydropower Project on Monday. The probe committee was formed under coordination of Joint-Secretary at the Ministry of Energy, Water Resources and Irrigation, Chiranjivi Chataut.
According to the Ministry, two other members are yet to be assigned. Energy Minister Pampha Bhusal had directed to forward investigation process immediately, expressing concern over the incident. The government paid tribute to the deceased, who lost their lives in the unfortunate incident, and extended condolences to the bereaved families.
Engineer Subas Raj Regmi and employee Arjun Thapa died while another one was injured when the penstock pipe of the Solukhola Dudhkosi Hydroelectricity Project burst in course of conducting test-run on Monday. The 86-megawatt project is being promoted by Sahas Urja. The accident occurred after the penstock pipe of the project burst in course of conducting hydraulic test.
The promoter company said the mishap happened while releasing water in the pipe to check its joints. This mishap has raised a question regarding the works carried out towards the project’s hydro-mechanical department. Chief of Sahas Urja, Him Prasad Pathak, said that the project has started investigation into the case internally and was carrying out treatment of the injured.