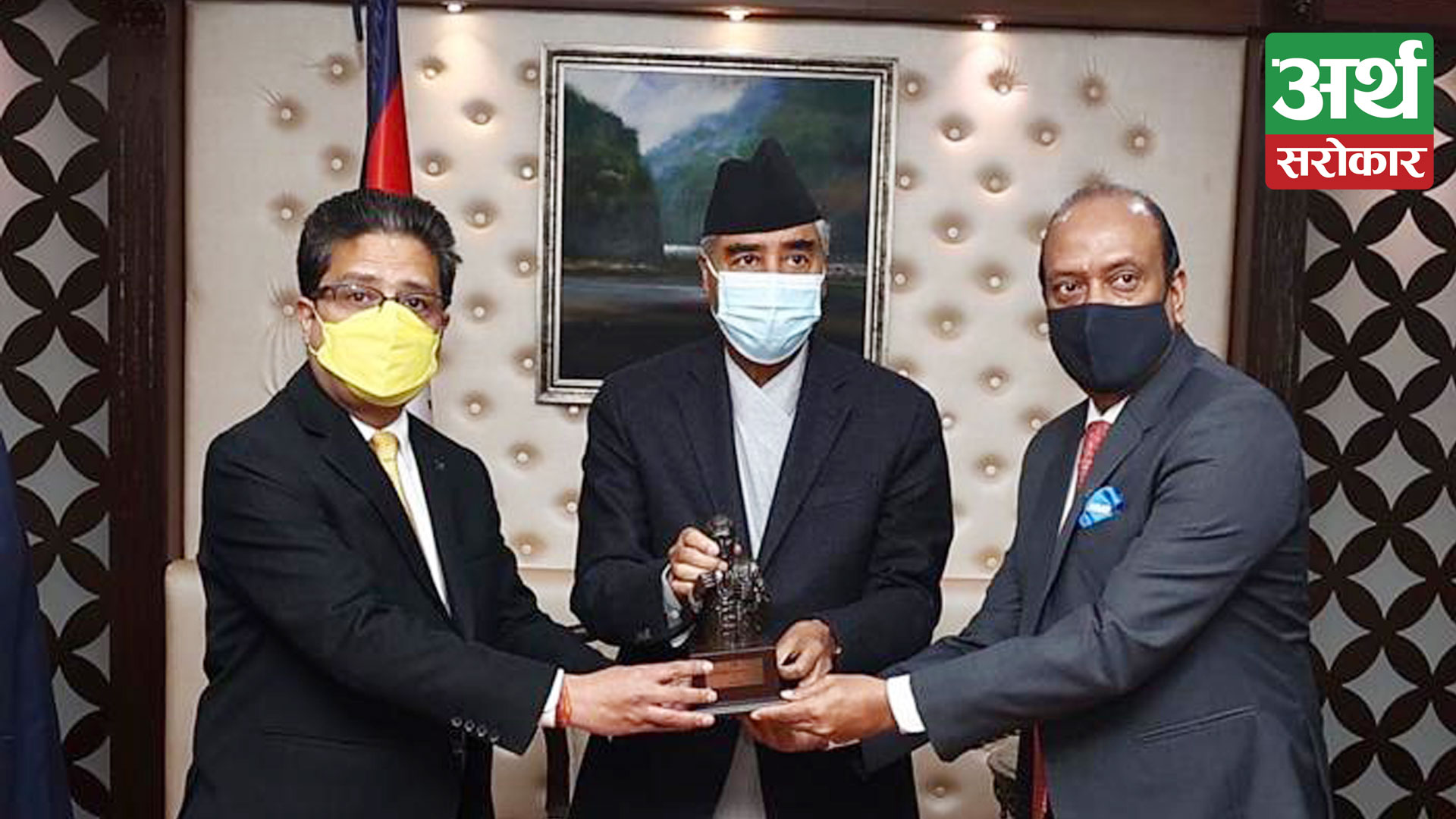 One of Nepal’s premier financial institutions, ‘NMB Bank’ has added yet another prestigious award to its list of accolades with a win that is also an historical, first of its kind event in Nepal. The Bank has been awarded “The Bank of The Year Asia 2021” by The Banker magazine, London UK. NMB Bank has been adjudged the best bank in the Asia beating out stiff competition from Asian giants such as China, India, Hongkong, South Korea and Japan.

The Chairman of the bank including its board of directors and the CEO accepted the award on behalf of all the banking fraternity from the Honorable Prime Minister Sher Bahadur Deuba. Congratulating the bank for creating the history, the PM said that the bank has enhanced the prestige of the entire Nepali banking industry by being honored with the coveted award “The Bank of the Year Asia 2021”.

NMB Bank is the first ever bank to receive this coveted award, which is a historical achievement in itself for the banking industry in Nepal. Along with this, the bank has also been conferred with “The Bank of The Year 2021 Nepal” for the fourth time in five years. The award was announced amid a press conference held yesterday at the Everest Hotel, on the same day of the official announcement from The Banker Magazine, London.

The Bank of the Year Awards, established in 2000, are given to the best banks from each country and six global regions of Western Europe, Central & Eastern Europe, Asia, America