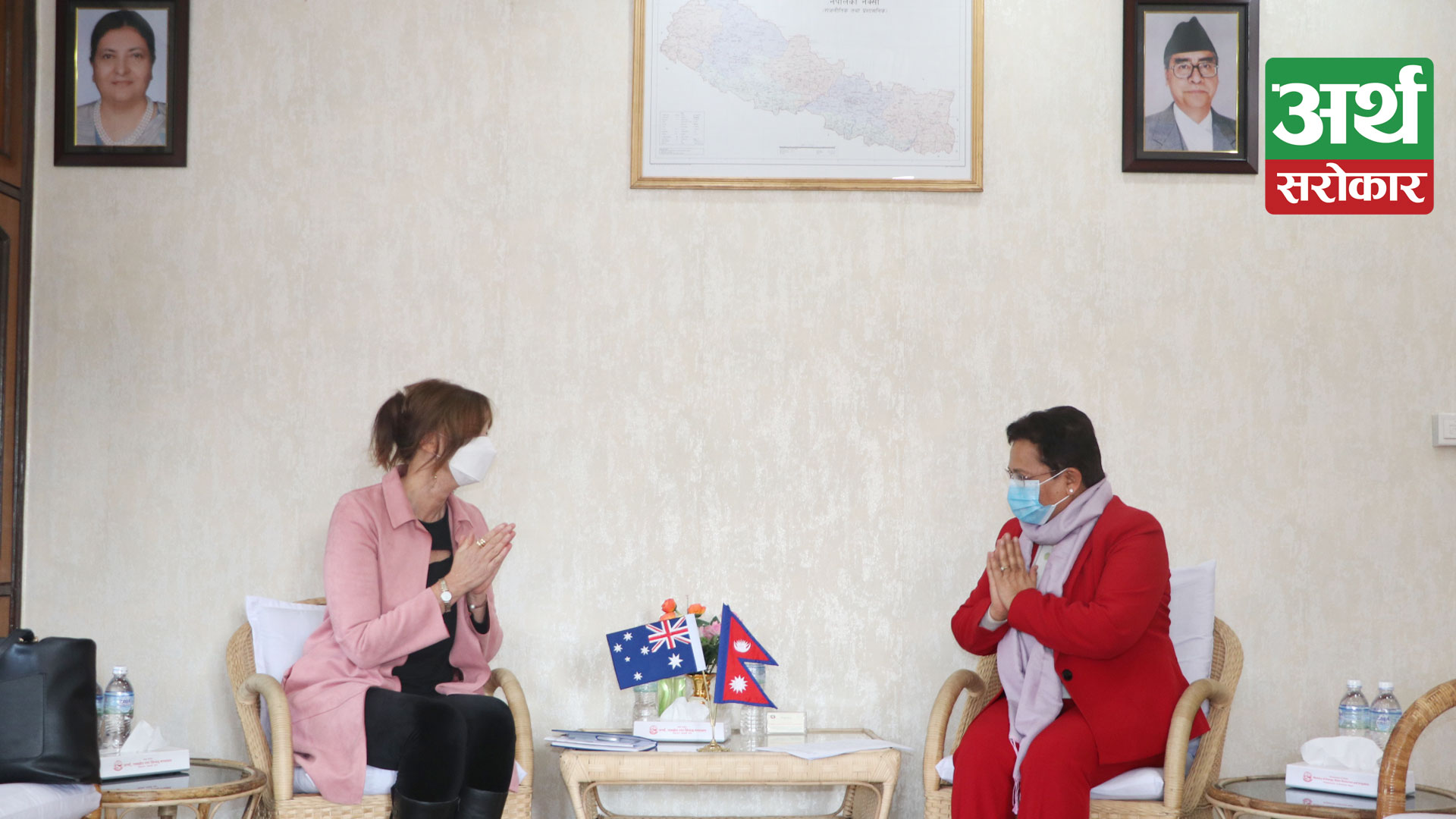 Ambassador of Australia to Nepal Felicity Volk today paid a courtesy call on Minister for Energy, Water Resources and Irrigation Pampha Bhusal at the latter’s office in Singha Durbar.
The meeting between the duo focused on matters of bilateral interest and concerns of both the countries, it has been said. On the occasion, mentioning that Nepal has accorded high importance to its partnership with Australia, Minister Bhusal stressed the need for further expanding bilateral, close, cordial and friendly relations subsisting between the two countries since 1960.
She underscored the need for increasing mutual cooperation among countries to deal with ongoing global COVID-19 and climate change challenges. Praising the ambassador’s role in further strengthening the Nepal-Australia partnership, the minister thanked the Government of Australia for its help in Nepal’s economic and social development.
In response, Ambassador Volk ensured that the Government of Australia would continue its assistances for the enhancement of Nepal’s economic and humanitarian capacity. During the meeting, the ambassador said that the Australian government was interested in providing its support and cooperation in hydropower, renewable energy and the promotion of electric vehicles in Nepal.
It may be noted that the Water Resource Development Strategy for Kamala River Basin conducted by the Government of Nepal in partnership with the Australian government is underway. The strategy was prepared jointly by the Water and Energy Commission Secretariat of Nepal, and the Commonw