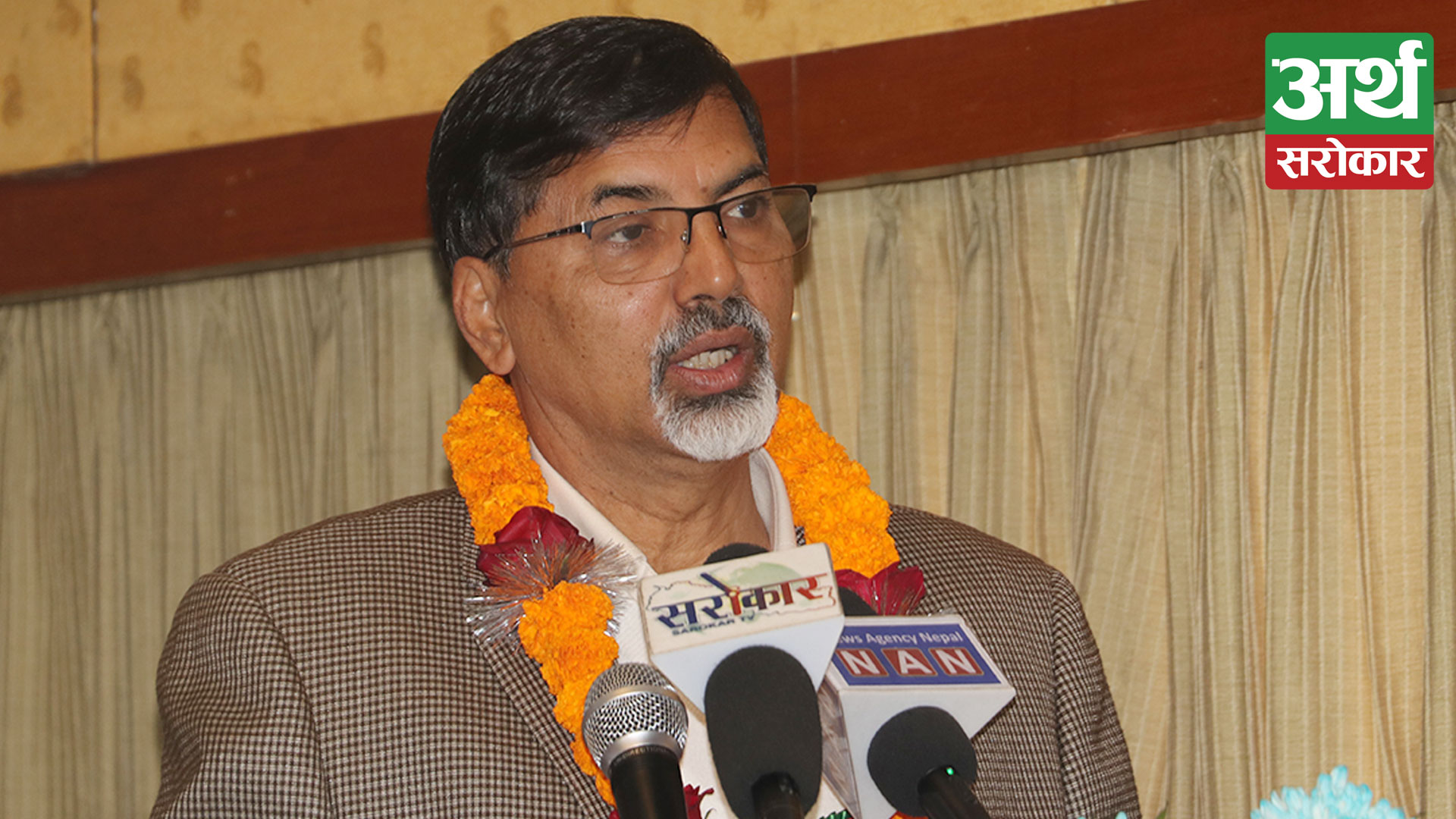 KATHMANDU
Finance Minister Janardan Sharma has urged the Rastriya Banijya Bank (RBB) to increase investment at least by two folds in the agriculture sector.  Addressing the 57th anniversary of the Bank on Monday, Finance Minister Sharma said that the RBB would definitely increase its 11 per cent investment in agro sector, five per cent in tourism and five per cent in industrial sector in its new programme to be formulated with its 57th anniversary. “It will be significant contribution in national capital, production and employment”, he said.

Recalling that the government’s policy is focused on investment on production-oriented sector, the Finance Minister asked the banks to increase investment on it. He assured that the government would help the initiatives taken by banks to bring in foreign loan, sharing that investment was must to become self-dependent. The RBB should play the role of model as it is the government financial institution. Minister Sharma added, “Developing country’s economy with tripartite partnership of private, cooperative and public sector is our main strategy.”

Saying the recent period is the era of technology, he mentioned that Unstructured Supplementary Service Data (USSD) introduced by the RBB is admirable. He expressed the belief that customers could get benefits of mobile banking even in places where there is no internet service. On the occasion, the Finance Minister Sharma inaugurated the USSD service and unveiled the book ‘Upahar’. The RBB was established on Magh 10, 2022 BS