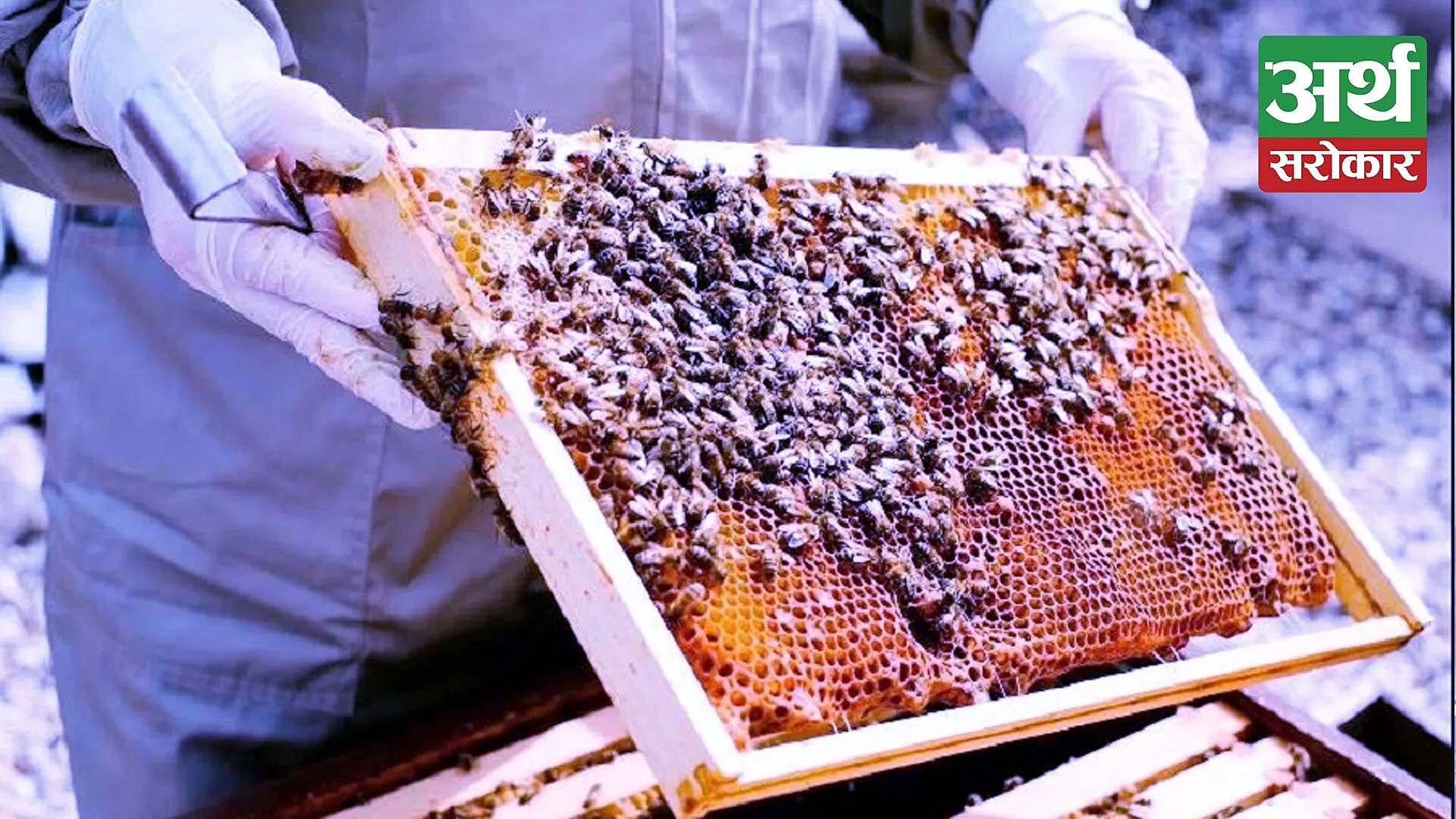 Beekeepers have witnessed a huge loss with heavy decline in honey production in the district this year. The production of honey declined by 90 percent compared to the last year- to sheer worry to beekeepers.
Hari Bahadur Budha from Nalgad Municipality-1 had made half million rupees by selling 875 kgs of honey last year. But, this year there was huge slump in production. Similarly, another Hari Bahadur Pun from the same locality shared similar plight that he had made 300 kgs of honey last year, while only 20 kg this year. Pun has been doing commercial beekeeping.
The sharp fall in income has disappointed him much. Budha and Pun are two representatives. More than 1,100 farmers have similar story of loss in production and income in the apiary. District Agriculture Development Office, Jajarkot has argued that the nectar in the flowers of chiuri and other fruits flowed away due to heavy rainfall occurred in the months of Asoj Kattik, which had direct bearing on the production of honey. Lack of flowers, deforestation, encroachment, climate changes are the causes of sharp decline in honey production.
Information Officer at the District Office, Topendra Nepali, said in addition to the seepage of nectars from the flowers with heavy rainfall, bees are dying due to various diseases and farmers lacked technical knowledge. The bees must have left the area after they did not find their feed. Moreover, use of insecticides, attack in bee hive by hunters, and delayed flowering due to climate change are other reasons behind heavy decline in honey, he added.
Due to the shortage of honey, it is difficult to find it at Rs 1,000 per kg now, while it was found easily at Rs 600 last year. Decline in product resulted in price hike. Nalgad Municipality is regarded as the pocket area for the apiary.
Some 10 tons of honey was produced in the district last year which decreased to 1 tons of honey this year. The Information Officer further said there are 4,202 traditional beehives and 1,946 modern beehives in the district.