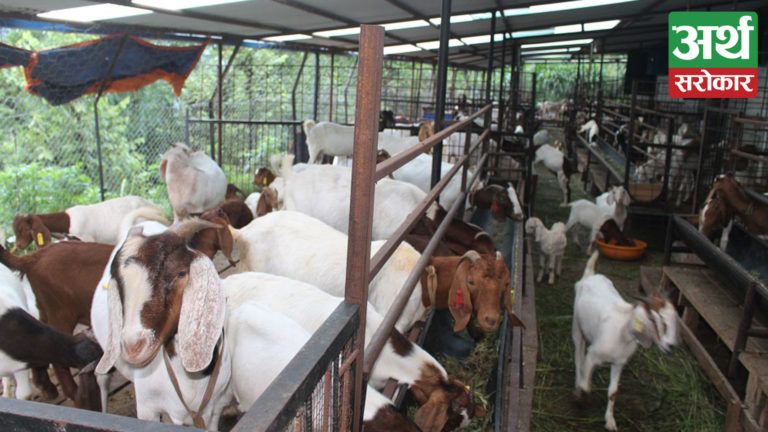 Amidst the throng of Galkote youths leaving the village for Japan, a young man has shortened his stay in Japan and returned to the village to engage in goat rearing. Ramesh Basnet of Bhanse Bansbari, Galkot Municipality-5 has started goat rearing business after ending his eight-year stay in Japan.
Basnet had gone to Japan on a student visa eight years ago, where he endured various hardships. He had followed many other youths who had left the village for Japan. However, he has now returned to the village and started enjoying his business.
He has started commercial goat rearing in Galyang of Galkot-9. Although Basnet has acquired technical education, he has embraced farming as a profession. He is currently studying for a diploma in engineering from Pokhara Engineering College. “Studies and professions are very different in a country like ours. There is no guarantee of a job according to one’s education,” he said. Basnet started a goat breeding with an investment of Rs. 6 million.
His farm now has 33 goats. The 32-year-old is looking forward to a future in goat rearing. Basnet said that he went to Japan at the instigation of his friends but now wants to become an entrepreneur in his native village.