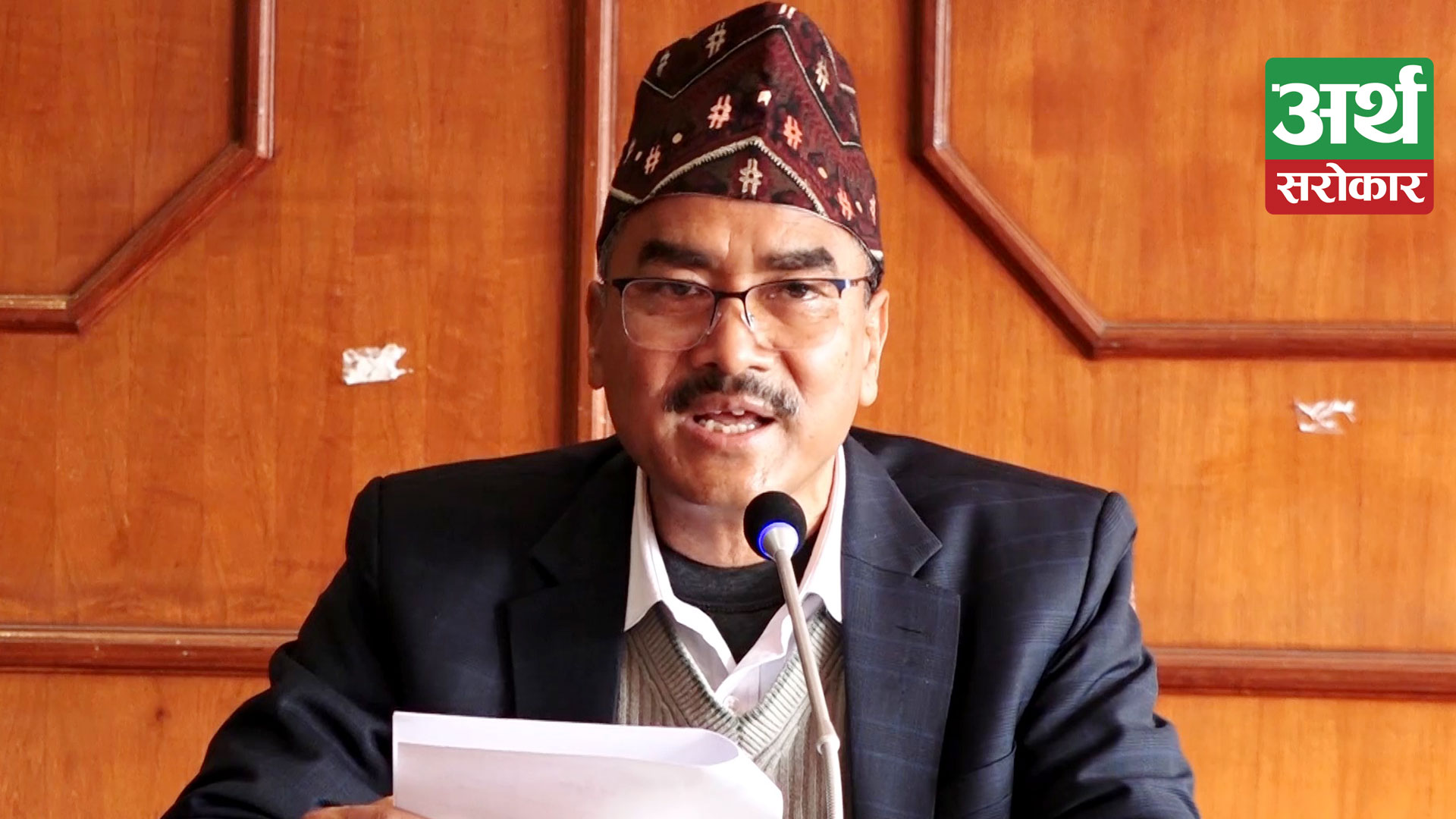 Minister for Water Supply and Sanitation Umakanta Chaudhary has said a work plan has been prepared and works are being carried out accordingly for re-directing water from Melamchi to Kathmandu by mid-April this year.
Addressing a press conference at the Ministry today, he said the Chinese construction company, Sino Hydro, is carrying out works as per its commitment to completing its responsibility within three months from the date of starting the works. “Works are being carried out 24 hours for removing the debris deposited by the massive flooding in the in-take area of the project preparing daily work plan using 12 scavators and 24 tippers.
Arrangements have been made for making assessment of the works every seven days,” the Water Supply Minister said. He gave assurances that 1.7 million litres of water which is the previous amount of water supplied from the Melamchi stream to Kathmandu Valley would be restored even on a temporary basis.
Minister Chaudhary said the permanent structures of the project would be restored on the basis of the study report prepared by the Asian Development bank. Stating that works related to the dam and tunnel of the project are being carried out presently on a war footing, he said a flood warning signal system would be installed at the dam site for minimizing the damage during the monsoon season.
Flood triggered by incessant rainfall on June 15, 2021 had caused massive damage to the dam and tunnel of the