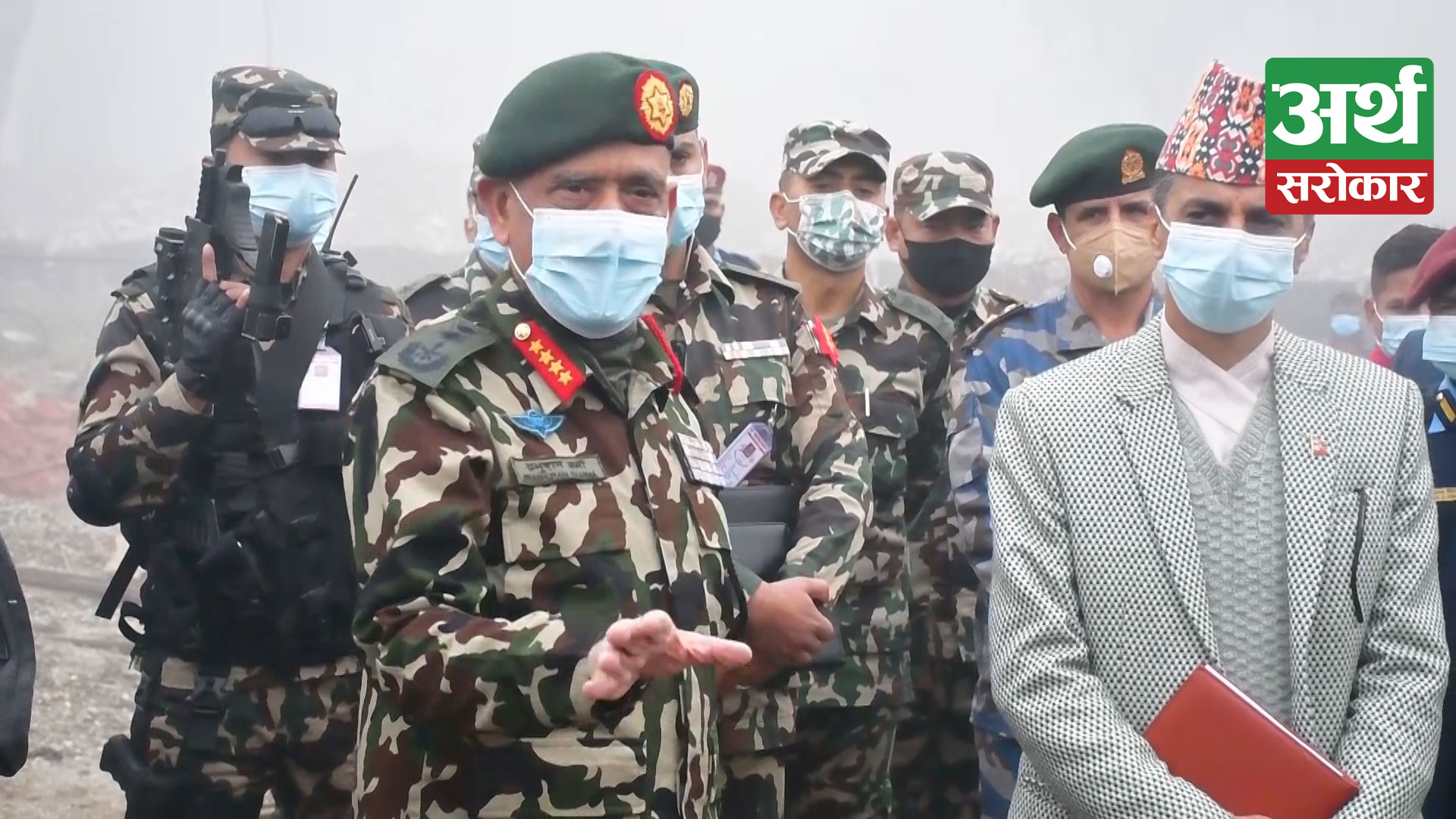 Kanchanpur
Chief of Army Staff (CoAS) Prabhu Ram Sharma today inspected a COVID-19 holding centre at Bhagatpur of Mahendranagar in Kanchanpur district.
The facility is being constructed under the supervision of the Nepal Army. On the occasion, the Army Chief spoke the need of ensuring standard during the construction and finishing the project within the given deadline.

“Construction materials must be used as agreed during the contract and guarantee of quality is the concern of the NA,” he said.Defence Ministry’s Secretary Kiran Raj Sharma, Joint-Secretary Baburam Acharya and district Covid-19 Management Team accompanied the Army Chief to the site. Presently, the Army Chief is on the visit to the Sudurpaschim Province. The deadline for preparing the 1,000-bed facility is till the last week of February and the total estimated cost of the project is Rs 290 million. The NA technical team is also engaged in the construction works.

In the current fiscal year, the NA has launched the construction of COVID-19 holding centers at eight different border points of the country including the far-western checkpoint. Contractor company’s representatives Laxman Sapkota apprised the delegation about that the project stating over 95 percent progress was reported so far, and they were preparing for its handover by this mid-March.