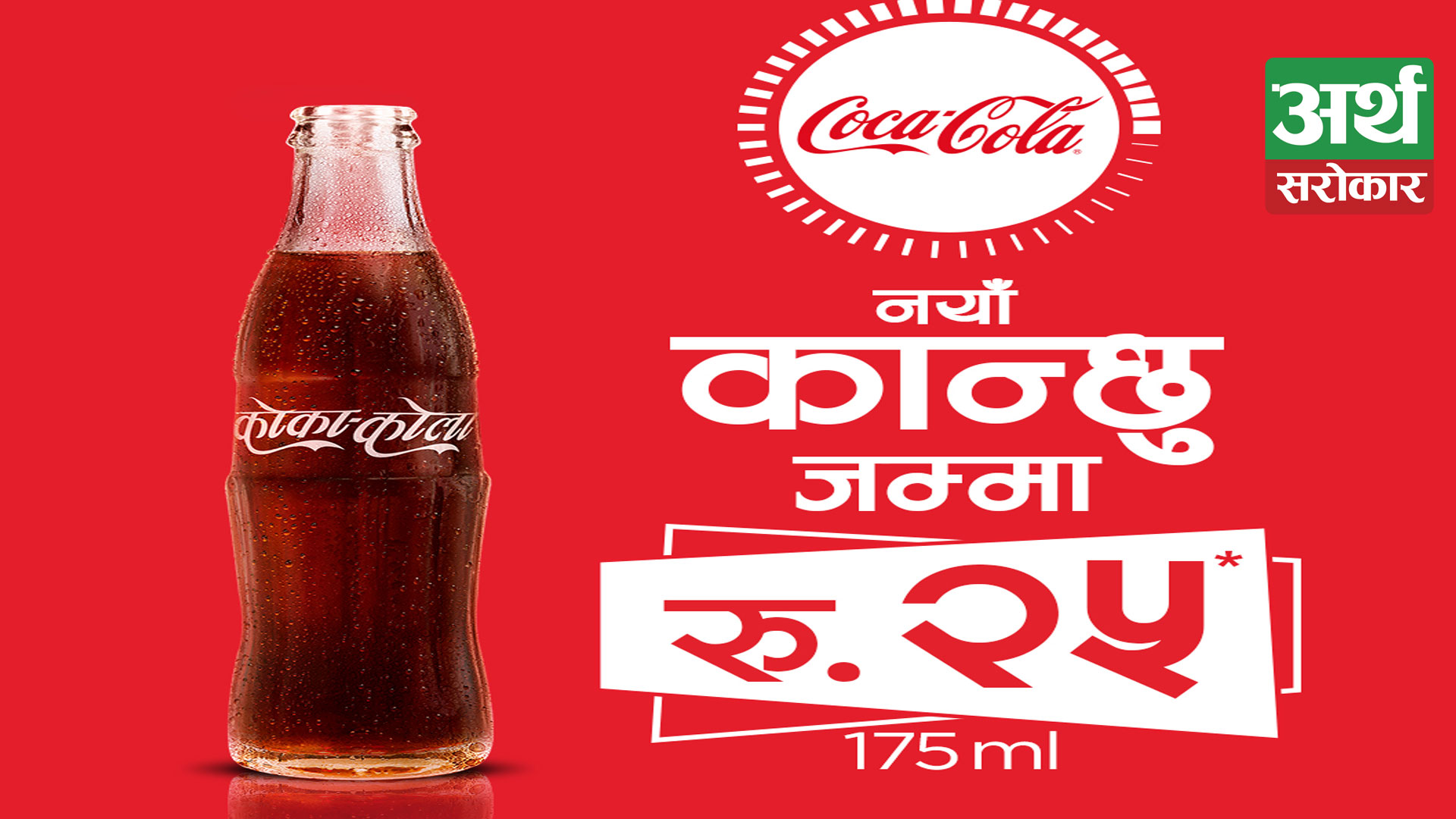 Coca-Cola in Nepal today introduced Kanchu bottle which refers to the smallest and youngest pack for Coca-Cola’s beverage portfolio in the country. Kanchu bottle comes in a 175 ml RGB (Returnable Glass Bottle) bottle and offers a delicious and refreshing consumption experience at an affordable cost of just Rs. 25. The bottle also proudly comes with the Coca-Cola logo printed in Nepali language aiming to establish deeper connections with its consumers in Nepal.

The RGB bottles are reusable making them environment friendly and the glass packaging preserves the freshness of the great taste of the beverages. The new 175ml RGB bottle is available for Coca-Cola, Sprite and Fanta and will be available at grocery stores across Nepal. Speaking on the launch of the Kanchu bottle, Adarsh Avasthi, Country Director for Coca-Cola in Nepal shared, “At Coca-Cola, we are continuously committed to offer consumers more beverage and pack choices for the occasions they want. Therefore, we are very excited to share our youngest and smallest pack, the Kanchu bottle with our Nepali consumers at a very affordable price of just Rs 25. Available in Coca-Cola, Fanta and Sprite, we hope our consumers will thoroughly enjoy it.”

The introduction of the new RGB (Returnable Glass Bottle) bottle is the smallest in Coca-Cola’s beverage category available in Nepal which demonstrates Coca-Cola’s ongoing commitment in giving Nepali consumers more beverage choices and packages for the occasions they want.Mr. Pradip Pandey, Managing Director of Bottlers Nepal Ltd. shared, “Kanchu pack is not only the most affordable pack, but it also designed especially for our Nepali consumers with the localized name Kanchu with the Nepali Coca-Cola logo used on the bottle.” As a reflection of the brand’s strong commitment towards building stronger bonds with its local consumers, Coca-Cola has been introducing affordable packs with localized names which resonates with the Nepali consumers and makes it easier for them to choose their favorite packs. Like the Nepali name Kanchu bottle, Coca-Cola launched the 250ml Jigri pack in 2019 which as the name suggests, is a consumer-friendly pack that is lightweight and convenient to carry anywhere.

About Coca-Cola in Nepal
Coca-Cola in Nepal refreshes consumers across the country through its core product offerings of Coca-Cola, Sprite, Fanta and Kinley, and impacts thousands as a System. The Company works with WWF Nepal, WaterAid Nepal and Smartpaani on innovative integrated water management solutions for water conservation, water replenishment and to improve livelihoods of communities which has made Coca-Cola a 200% water positive company. As part of The Coca-Cola Company’s commitment towards a ‘World Without Waste’, Coca-Cola Nepal has been working with Himalayan Climate Initiative and GIZ for a PET Recollection Social enterprise that encourages recycling of PET waste in Kathmandu and recently partnered with Creasion to establish a responsible PET recovery and recycling hub in Chitwan. Through the STAR Retailer training program, Coca-Cola Nepal is also empowering women retailers, in line with The Coca-Cola Company’s global 5BY20 initiative. Coca-Cola Nepal continually engages in locally relevant initiations to bring about a positive difference to the lives of communities across the country.