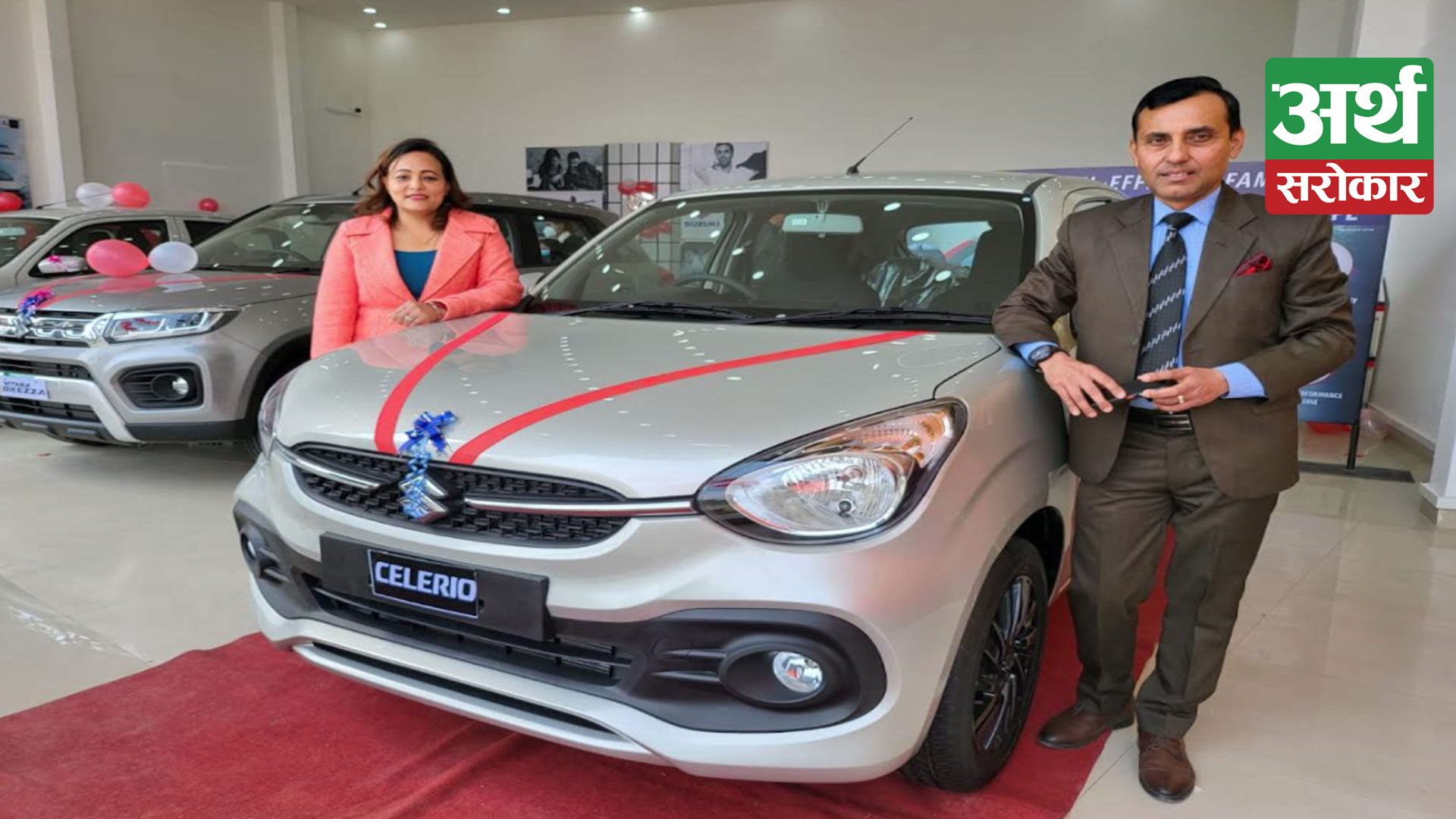 All-New Maruti Suzuki Celerio a new family hatchback car has been launched in “Narayani Auto Business Balkumari Lalitpur at a starting price of Rs 27.99 lakh today on 22/Feb/2022. Chairperson Of Narayani Auto Business Mrs. Nilam Baral and MD CEO Anup K. Baral unveiled the car during the soft launch ceremony at lalitpur. To address the guest in the program MD/CEO Anup Baral highlighted all the qualities and features about the car.

Maruti Suzuki recently launched the new-generation Celerio in the Nepali market. The Celerio was first launched in Nepal at the 2014 followed by a facelift update in 2017. Now, its second-generation model has been launched in the country at a starting price of Rs 27.99 lakhs. The new Maruti Suzuki Celerio is based on the fifth-gen Heartect platform. Unlike the squarish looks of the outgoing model, the new Celerio features a more rounded design. The new Celerio delivers a claimed mileage of 26.68 kmpl, which makes it the most fuel-efficient petrol car in India.

The 2022 Maruti Suzuki Celerio is bigger than the outgoing model. It measures 3,695 mm in length, 1,655 mm in width and 1,555 mm in height. While the length and height of the new Celerio are almost identical to its predecessor, the new-gen model is around 55 mm wider than before. Also, its wheelbase is now 10 mm longer and stands at 2,435 mm. The new Celerio has a 170 mm ground clearance, which is 5 mm more than the old model.

The new Maruti Suzuki Celerio is offered with a single petrol