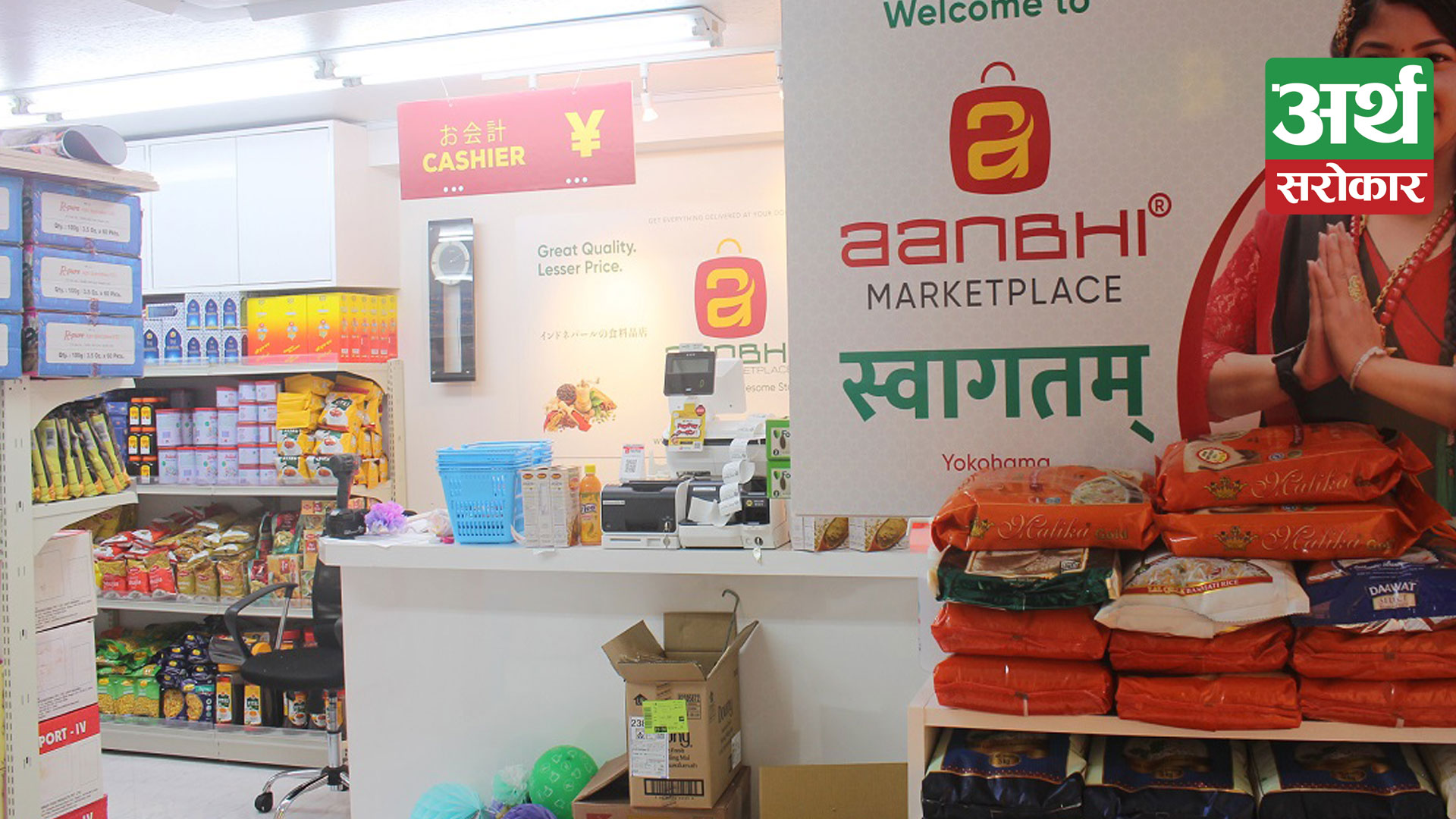 KATHMANDU
Nepalese are looking for global marketing opportunities for their indigenous products with the spread of the internet all around the world. Entrepreneurs promoting Nepali products can be found in countries such as Australia, the United States, the United Kingdom, Korea, and Japan. In this regard, an effort by Pawan Thapa, a young man who has lived in Japan for a long time and works in IT and cyber security, and Hari Sapkota, President of Kanagawa Nepalese Community, who is active in social campaigns, connect hundreds of Nepali agri-entrepreneurs.

Aanbhi Marketplace (https://www.aanbhi.co.jp/ ) is a platform that arose from the excitement of creating something new for the Nepali community. Aanbhi Marketplace will go public on 17th of February, 2022. According to Pawan Thapa, Chief Executive Officer, Aanbhi Marketplace is being launched with the goal of promoting and selling indigenous products in the global market to Nepalese living in Japan. Despite earning a good living from IT, Hari Sapkota, who owns a traditional Nepali and Indian restaurant, has collaborated with reputable Japanese companies on this platform, which is drawn to Thapa’s passion for startups. It has a multi-vendor ecommerce platform, which allows anyone to sell their products easily. The vendor must register for this, including the corporate documents.

Thapa stated that the platform is progressing with the goal of providing all necessary quality products to Japan’s food shops and restaurants at a low cost and with ease. The company stated that it would provide a 20% cashback on the first order and a 10% cashback on payments made through Japan’s digital payment service ‘PayPay.’ Customers will receive reward points based on their purchases and participation in the referral program. The customer can use the points to send gifts to relatives in Nepal, top-up their phones, or buy goods in the store. According to Director Hari Sapkota, wholesale and retail operations began in Yokohama, Japan, in the early stages. He also stated that preparations are being made for the warehouse’s operation in order to improve the quality and timeliness of service, as well as to expand online e-commerce.

There are approximately one lakh Nepalese living in Japan, and the number of people who enjoy Nepali products is also significant. Using this opportunity and entrepreneurship, the group is also working to create jobs for Nepalese. In addition to Nepali groceries, the company will sell Nepali clothing and books in the marketplace. The company is working to make same-day delivery available in the Yokohama area. Ordering online within the city of Yokohama now includes free delivery. According to a document released by the company, the website will be available in beta for two months, with updates and refinements as needed.
Aanbhi Marketplace, which began with a Rs 50 million investment, is expanding its services with some new flavors. The company, which is expanding Nepal’s domestic products, groceries, and clothing in foreign markets, has also stated that it will provide vendors with appealing facilities and offers. This could be a significant opportunity for Nepali entrepreneurs to expand their product offerings in the Japanese market. According to Director Sapkota, their main goal is to bring the best Nepalese food, beverages, and other products to Japan. He claims that dozens of Nepalese entrepreneurs are increasingly using the platform to sell their wares. Goods can be purchased in Japan using a variety of national and international payment gateways, including PayPay & Line pay.