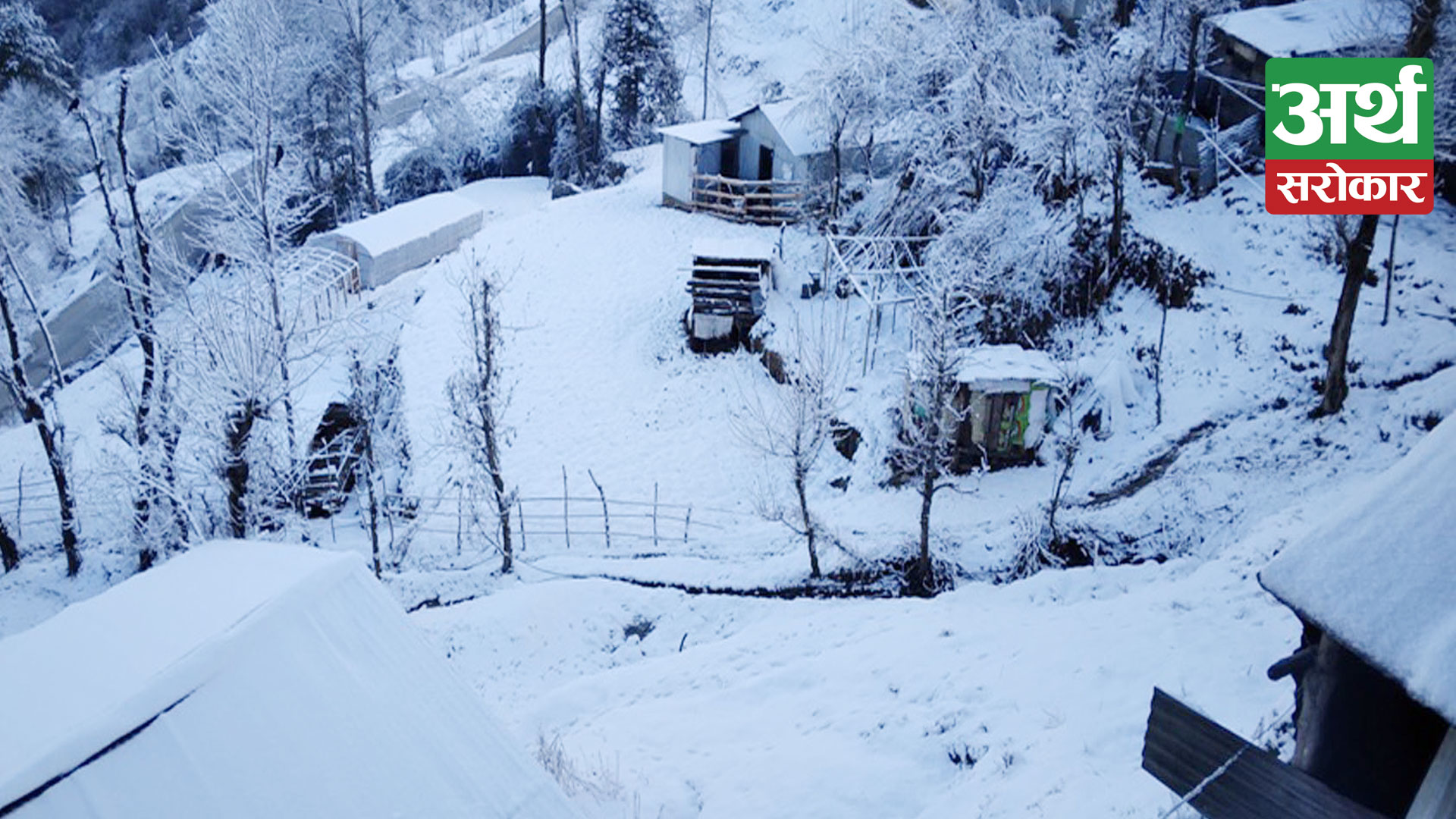 The Sidhicharan highway remains blocked due to heavy snowfall. The highway has been closed for the past three days due to snowfall in the upper part of Solu since last Thursday night.
Traffic on the highway has been completely closed since Friday morning due to heavy snowfall in the area, said District Traffic Police Chief Sub-inspector Krishna Katwal. The Road Division Office Okhaldhunga tried to use an excavator to open the road but it was not possible.
Due to this, the vehicles heading for Solukhumbu from outside the district have been stopped for three days at Thadhe, Todke, Vipalat and other places of Okhaldhunga. As a result, hundreds of passengers remain stranded before reaching their destination. Passengers have complained that they have difficulty in getting food to eat in the area.