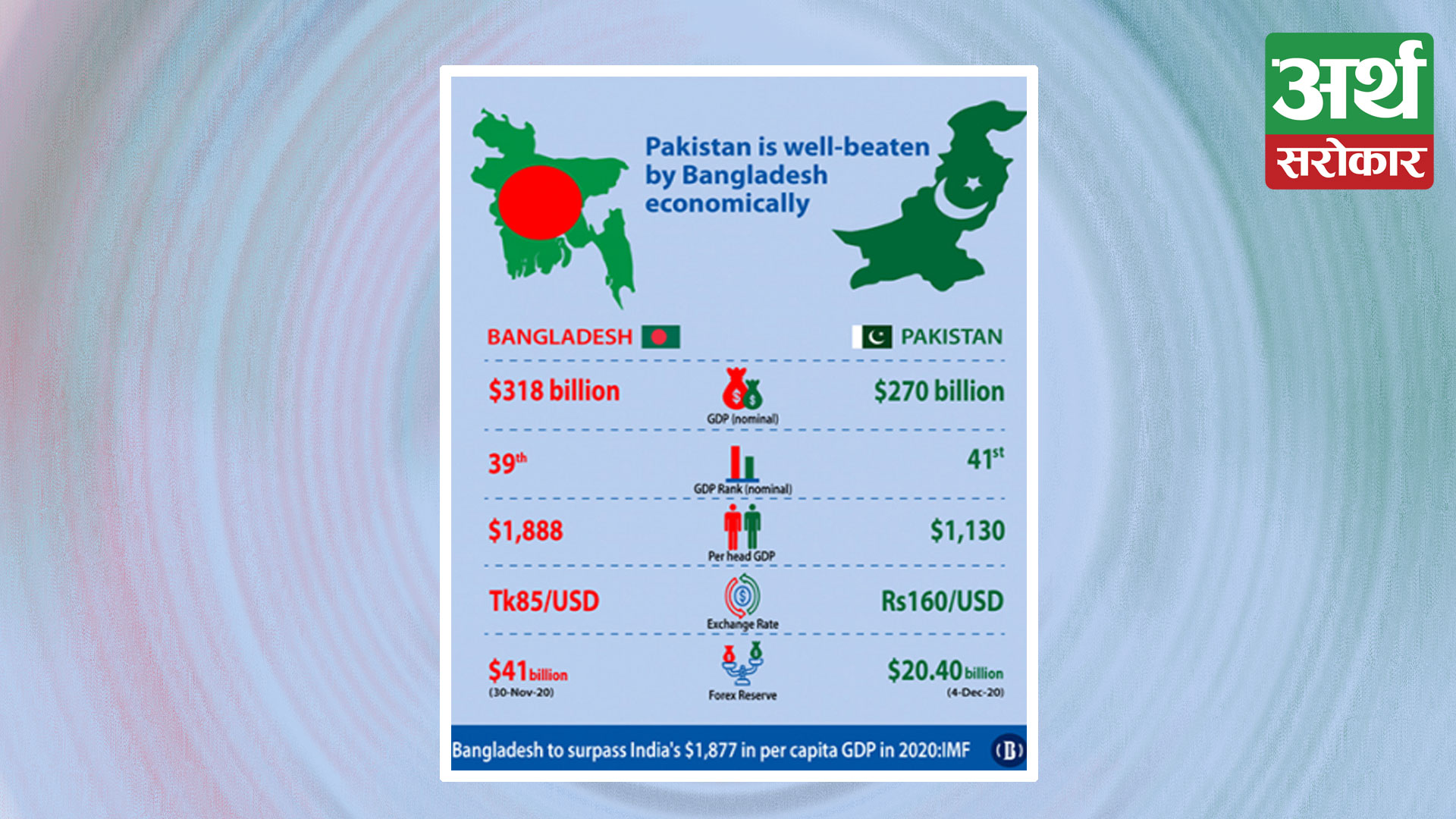 Bangladesh recently celebrated its 50th founding anniversary. In 1972, Henry Kissinger, the US Secretary of State, described Bangladesh as a “bottomless basket” for an independent country. On the other hand, in 1976, Norwegian economist Just Faland and American economist JR Parkinson published a book from London called ‘Bangladesh the Test Case for Development. The book says, ‘Bangladesh is a testing ground for development. If Bangladesh can solve its development problems, then it must be understood that any country can improve. ‘ Successful statesman Sheikh Hasina has achieved full potential to move from a least developed country to a developing country. Even before the 50th anniversary of independence, Bangladesh has come a long way than that of Pakistan.  It has been possible for People’s hard-working and a strong leadership.

In the ’70s, independent Bangladesh was recognized by the world as a city plagued by food shortage, famine, and natural disasters. But in the last 50 years, the image of Bangladesh has been discussed in different contexts. Now, positive aspects predominate in discussions about Bangladesh. Bangladesh has always tried to build a bright image in the world by highlighting its various achievements. In 50 years, Bangladesh has overcome many negative images.

Abid Hassan, a former adviser to the World Bank and a Pakistani economist, wrote a few months ago praising Bangladesh’s economic potential, saying that even 20 years ago, it was unthinkable