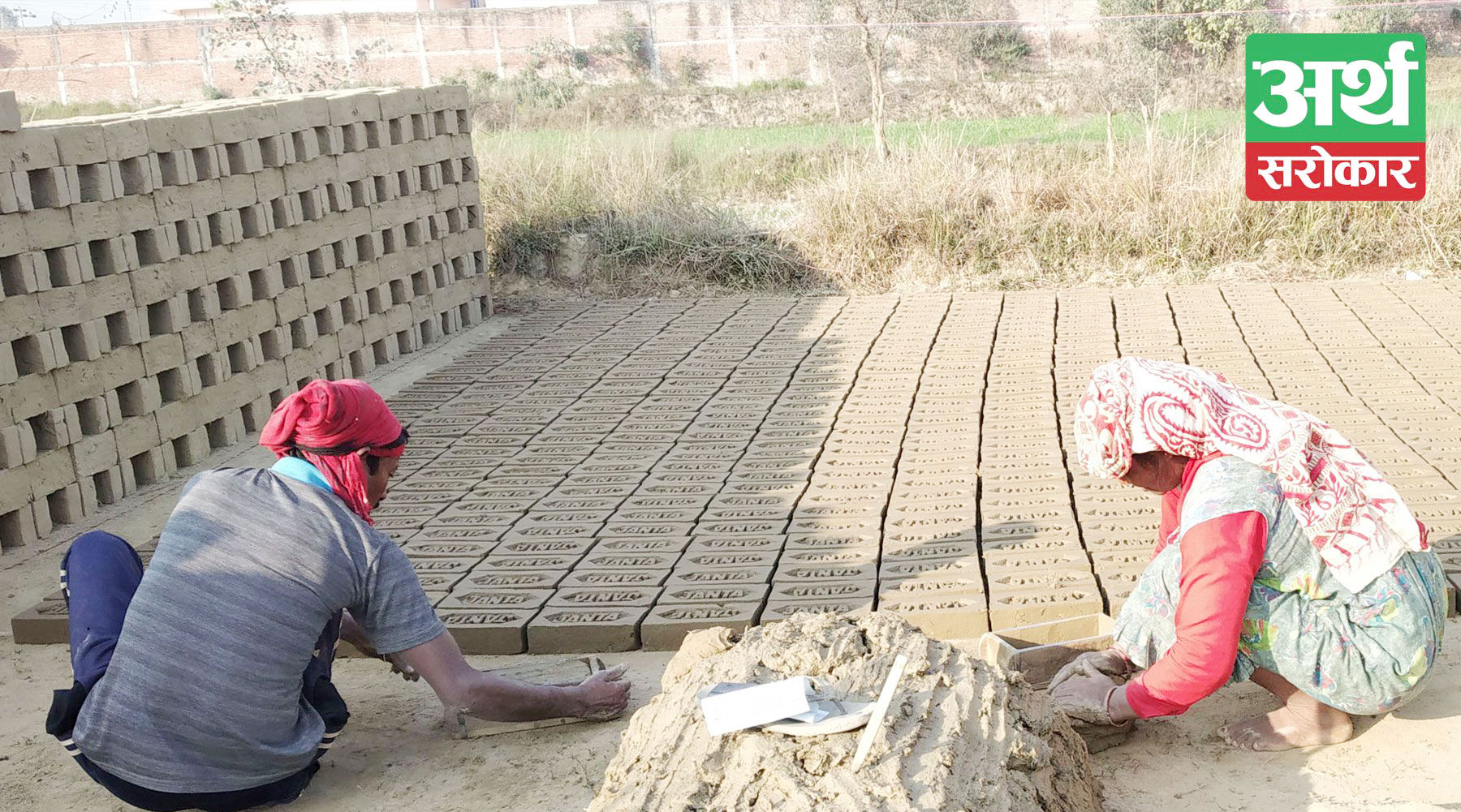 (Narayan Adhikari) Brick industries in Chitwan incurred an estimated loss over Rs 10 million from the recent winter rains.
The brick kiln owners have claimed that the rain has caused a huge loss to them as a large number of raw bricks readied for burning into chimney were corroded by the rains. According to Chitwan Bricks Industry Association Chair, Narayan Sapkota, seven industries in the district suffered the losses from the recent winter rains that continued for some days.
Prior to COVID-19 crisis, 18 brick industries were operating in the district and 11 were closed owing to the crisis. Each industry lost 1.5 million bricks on overage in the rains. As he said, the winter rain has its implications on 15,000 brick industries across the country. He fears the risk of closure of more industries if such adversity continues, insisting on the government support to retain the brick industries.
As he claimed, all raw materials except coal to bake bricks are available at home. Some workforce is hired from India while a large number of domestic workers were engaged in the brick industries.
Manakamana Brick Industry based in Lapur of Khairhani of eastern Chitwan lost one million raw bricks in the rains. Industry proprietor Pushpa Piya said the labour cost for preparing 1,000 raw bricks is Rs 12,000.