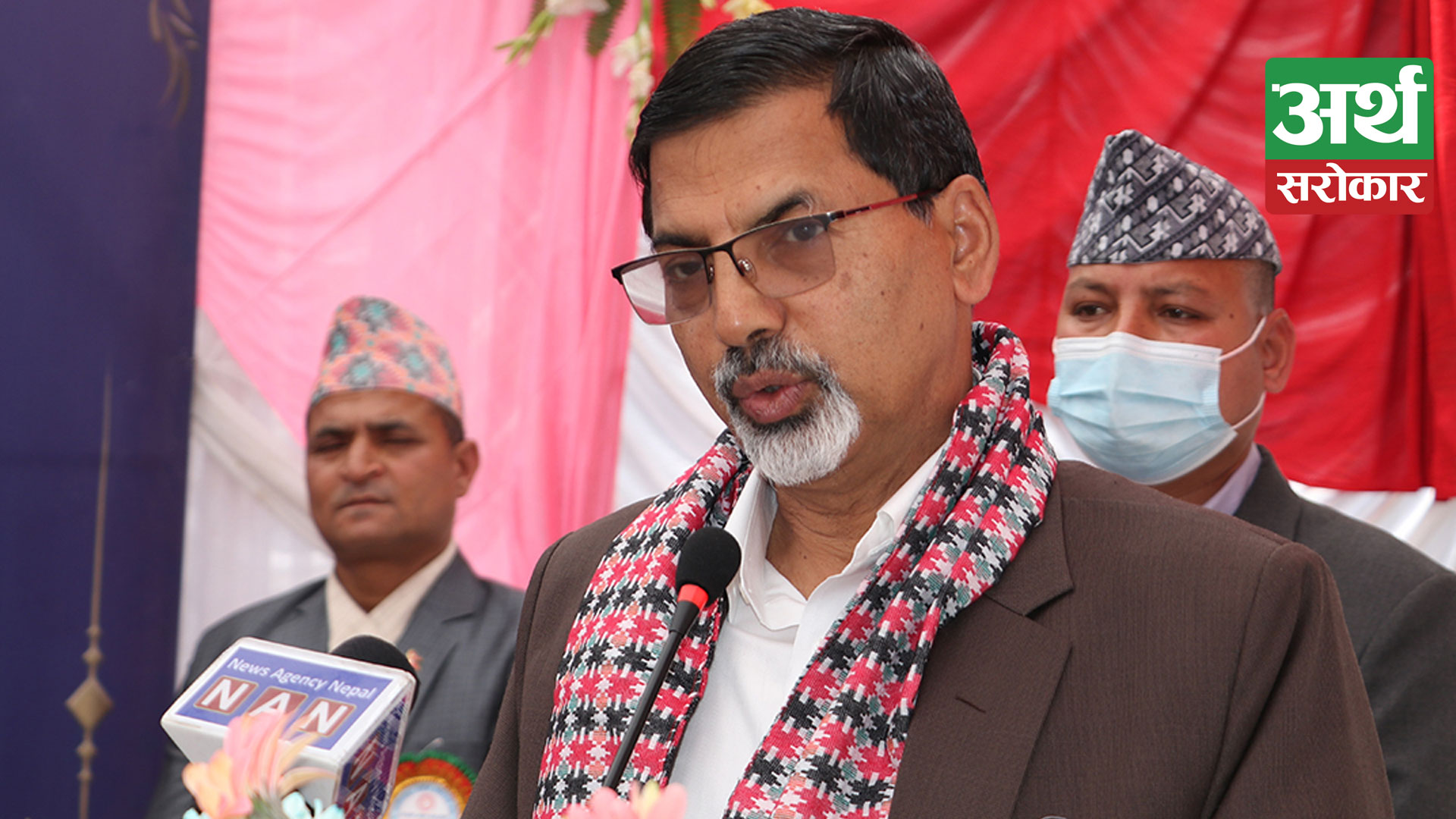 Minister for Finance Janardan Sharma said that the government has taken forward various plans to get the COVID-19 hit country’s economy back to its rhythm. At an event organized by the Lalitpur Chamber of Commerce and Industry on its 55th establishment day today, Minister Sharma reiterated that efforts were underway to strengthen country’s economy.

Sharing that discussions were being held to support those entrepreneurs in trouble due to interest rate of the banks, Sharma informed that plans were afoot to promote handicrafts and idols crafted in cultural city-Lalitpur. On a different note, he said that the tensions between Ukraine and Russia has hugely impacted in Nepal. Similarly, Shekhar Golchha, president of Federation of Nepalese Chambers of Commerce and Industry (FNCCI), commented that he had never seen Nepal’s economy in such a critical condition since he forayed into business 35 years ago. He viewed that the government should heartily welcome tourists to Nepal in view of the critical condition of Nepal’s economy.

Likewise, parliamentarian Nawaraj Silwal argued that it was vital to contemplate state of country economy. Lalitpur Metropolitan City mayor Chiribabu Maharjan expressed his happiness over reconstruction of quake-damaged Bhimsen Temple in Patan without taking a single penny from the government. The 17th century temple was rebuilt by the local community. Industry’s former president Shailendra Pradhan said that the government should pay attention to curbing the illegal trade of textiles and garments worth Rs 500 billion annually.

Industry’s president Manoj Bahadur Nyachhyon stressed that the state should promote export of various locally produced goods in Lalitpur district, adding it would help the entire economy of the country. On the occasion, those working continuously in the Association for 25 years being a member and those contributing for promotion of culture and literature in Nepal were awarded with certificates.