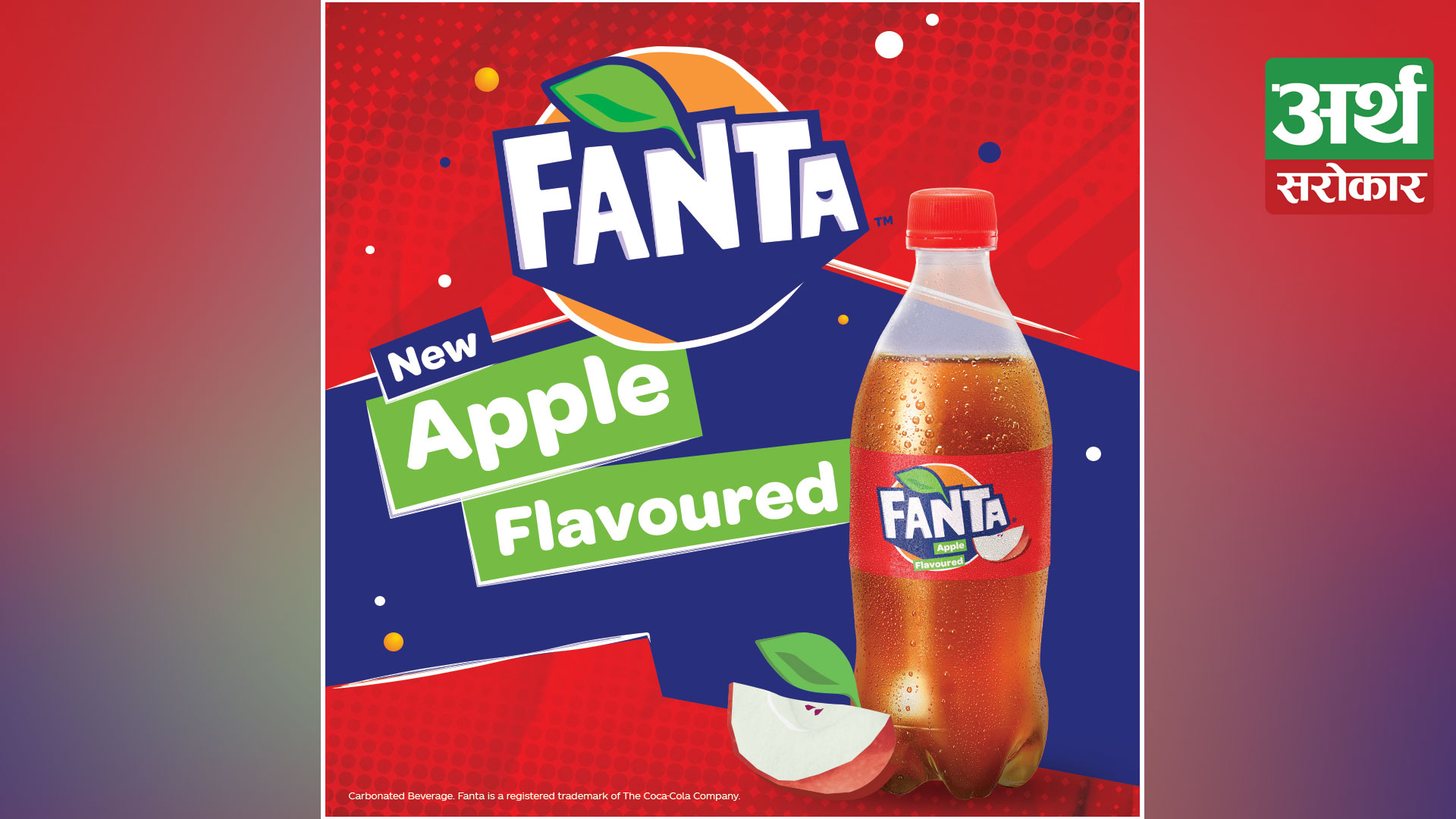 28th March 2022- Coca-Cola Nepal has announced the launch of Fanta Apple as the latest addition to the brand Fanta’s colorful portfolio. Consumers in Nepal will be able to enjoy the crisp sparkling drink to refresh them in mind, body and spirit. The launch of Fanta Apple also comes with a new digital video which reflects Fanta’s aim to add playfulness and cheer into the lives of its consumers, encouraging them to stay colorful despite the mundane routines of our daily lives. The TVC is a part of a broad marketing campaign that includes digital videos, print advertisements and OOH (Out of Home Advertising)

Commenting on the launch, Mr. Adarsh Avasthi, Country Director of Coca-Cola in Nepal shared “Fanta is all about Colorful people who spread playfulness and joys around themselves. And the new Fanta Apple encourages consumers to bring in fun to our everyday mundane routine. We are very excited for our consumers in Nepal to try it out” Mr. Pradip Pandey, Managing Director of Bottlers Nepal Limited shared, “At Coca-Cola we are always striving to keep up with the evolving taste and preferences of consumers and provide more options for them to stay refreshed. As we introduced Fanta Apple in the market, our valued retailers have also been very excited to have yet another new flavor of beverage added to the brand”. The addition of the Apple flavor will enhance the brand’s portfolio in Nepal to 2 flavors apart from Fanta Orange. Fanta Apple is now available across Nepal in packs of 250ml and 500ml Packs.

About Coca-Cola in Nepal
Coca-Cola in Nepal refreshes thousands of consumers throughout the country through its core product offerings of Coca-Cola, Sprite, Fanta, and Kinley and impacts over 5000 people as a System. Coca-Cola in Nepal works with UN HABITAT on the Support My School Initiative to provide basic amenities in schools, as well as the ‘Safe Water Project’, to improve access to drinking water across 14 communities in Nepal. Through the STAR Retailer training programs, Coca-Cola Nepal is also empowering women retailers, as part of The Coca-Cola Company’s global 5BY20 initiative. The Company has recently partnered with the Himalayan Climate Initiative and GIZ for a PET Recollection Social enterprise that encourages the recycling of PET waste. Coca-Cola Nepal also observes World Water Day and is aiming to bring about a positive difference to the lives of communities across the country.