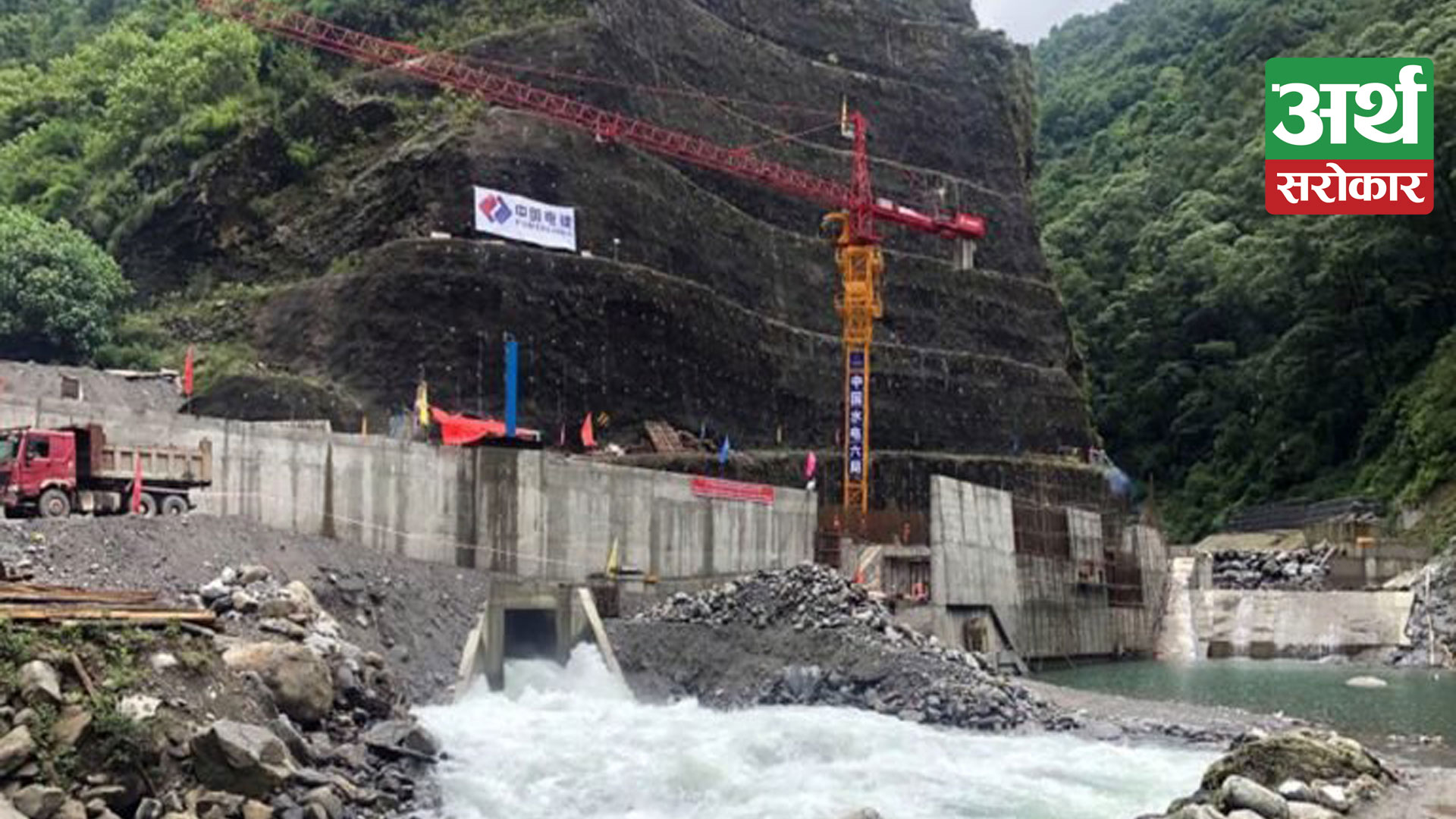 The flood and landslide-affected Melamchi Drinking Water Project has seen 60 percent progress in its maintenance works. The flood and landslide that occurred on June 15 last year had caused damages to the project.Divisional Engineer of Melamchi Drinking water Development Committee, Padma Bahadur Kunwar shared that preparation has been made to supply drinking water to the Kathmandu Valley on temporary basis by mid-April this year.

Chinese Company Xino Hydro informed that 60 percent progress has been made so far in clearing off the river debris with the assistance of Nepal Army (NA). Talking to media persons at the Melamchi source site, Kunwar shared that maintenance works have come to a final stage. He further informed that gate numbers 1, 9 and 38 of the Melamchi River would be used in supplying water to Kathmandu on temporary basis. As there occurs some technical glitches on hydraulic systems in gate number 38, its maintenance is also underway, he further shared. As informed, the project has made necessary preparation to install new gate for temporary water supply after assessing damage.

The committee said that water supply can be made by mid-April as clearance of flood and landslide debris at water source has come to a final stage. The committee has set a target to distribute 170 million liter water to Kathmandu valley daily. But, the water tunnel has to be closed for four months again in the rainy season, Kunwar added. He shared that Asian Development Bank is also carrying out a study on landslide prevention and control in the project site. Noting that 60,000 metric tons of debris has been removed from the tunnel, he said blasting-related task has also c