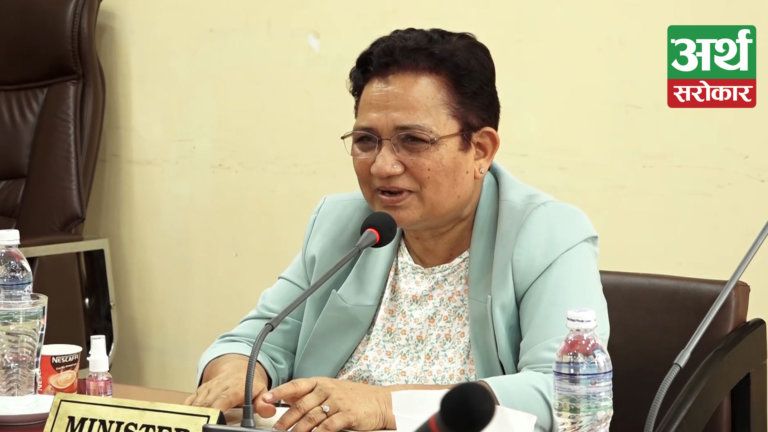 Minister for Energy, Water Resources and Irrigation, Pampha Bhusal, has said climate change risk management has gradually been a challenge for Nepal. The latest incidences in the country suggests the growing risk of climate change impact, according to the Minister. The Minister made this statement at a programme on “flood information management system in hydropower projects and cooperation and coordination with local bodies’ here today.

“Rivers and low-lying settlements in the country seem more vulnerable to climate change impact. We have the records of devastating losses from incidences of landslides and floods. Hydropower sector is among the hardest-hit ones by the consequences of natural disasters. We believe the scale of climate change impact is further increasing and countries most responsible for greenhouse gas emissions should ensure compensation to the nations having no contribution to or a minimal role to heating the planet.”

She took time to insist on the quality and sustainability in the construction of hydropower projects. Speaking about possible consequences from a lack of safe hydropower projects and their implications on nation’s economy, the Minister pledged that the Ministry would act for drafting required policies and guidelines and cooperating with several bodies for the climate change risk mitigation in hydropower projects. She went on to say that this year, the country witnessed the off-season rains and their consequences that might have been caused by the climate change impact.

She praised the role of Ilam municipality and Mai Jogmai rural municipality in the disaster risk mitigation through the emergency operations center at the local level. “We continue to work to come up with required policies, rules and build an atmosphere for promoting the domestic consumption of power produced at home and exporting to India.” the Minister added.