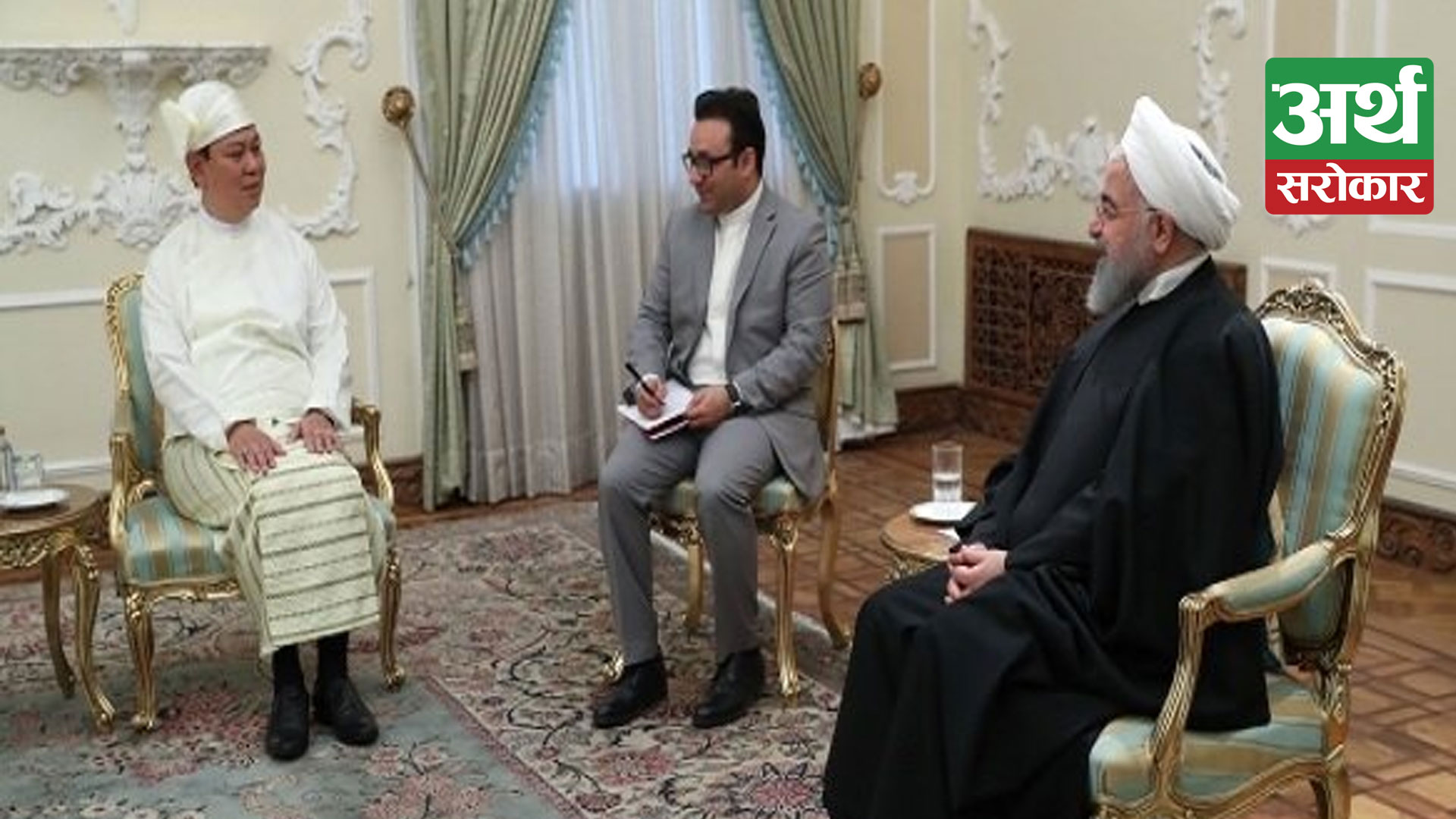 The US and other nations including Australia, Canada, and New Zealand have already announced banning military exports to the country. Even UNO has been urging all countries to impose an arms embargo. When some Western and European countries are trying to penalize Myanmar Junta imposing sanctions on arms selling over massive human rights violations in Myanmar, it is news of frustration that Russia and China have been providing the weapons to the Myanmar Junta. But it is more surprising that Iran and Pakistan have also started arms business with the Junta. Myanmar continues to buy large quantities of arms despite sanctions imposed by various countries, including the European Union and the United States. Myanmar’s military continues to buy weapons Due to its geographical location and its importance as an arms market; the country is also receiving concessions on arms purchases from various governments. While the West has not sold arms to Myanmar, other businesses are doing well.

Myanmar Junta wants to buy air-to-surface missiles from Pakistan for JF-17 fighter jets. A high-level delegation from Pakistan’s defense ministry paid a secret visit to Myanmar in September last year to discuss arms sales. The two countries discussed naval weapons, including advanced weapons technology, aircraft repair, and maintenance. The 10-member Pakistani delegation met the Myanmar Defense Minister and discussed verbally the sale of upgraded JF-17 (Block-3) aircraft and air-to-surface missiles. Concerns are growing between the two neighbors over such an unannounced visit. Because they fear that the defense relationship between the two countries is being established not by their own will but under the direction of China. Myanmar and Pakistan will further enhance their defense cooperation in the future.

On the other hand, Iran is providing weapons and technology to Myanmar’s military. The flight of an authorized Iranian airline with the Revolutionary Guards in Myanmar has sparked speculation of secret military-to-military cooperation. The recent landings of planes owned by Iranian cargo airline Kesham Fars Air could be aimed at supplying weapons, including guided missiles. An Iranian delegation that landed in Myanmar on January 13 was on its second or third visit since seizing power through a military coup on February 1, 2021. Myanmar, devastated by sanctions, is looking for new ways to buy arms. And so the country’s junta government is sending a delegation of top officials to Pakistan ahead of a possible arms deal.

On February 1, 2021, a military coup led by Army Chief Min Aung Hlaing took place in Myanmar. In response, the West imposed strict sanctions on the country’s top officials and their affiliates. The current junta government in Myanmar has overthrown a democratically elected government and established military rule. Myanmar military wants to buy 60mm and 81mm mortars as well as M-79 grenade launchers and heavy machine guns from Pakistan. According to the report, Myanmar has also expressed interest in purchasing air-to-surface missiles from Pakistan for JF-17 fighter jets. Due to sanctions, Naypyidaw is unable to buy these missiles directly from China, so the weapons will come through Pakistan. In 2015, Myanmar bought the JF-17 Thunder, a joint venture between Pakistan Aeronautical Complex and Chengdu Aircraft Industries Corporation of China.

The 2017 violence against Rohingya Muslims sparked tensions between Myanmar and Pakistan. Myanmar accused Pakistan of aiding and abetting radical Rohingya groups. There are also allegations that Pakistan is sponsoring some militant groups in Rakhine with weapons and training. Even after such a hostile relationship, their meeting without any announcement raised many questions. Needless to say, in recent times, defense ties are growing continuously between Pakistan and Myanmar. Myanmar and Pakistan are strengthening their strategic ties covertly.
However, after the military coup by the junta government last year, the West imposed sanctions on Myanmar, which further improved relations with Pakistan. When the United States and other countries announced a halt to military equipment exports to Myanmar, China-backed Pakistan took the opportunity to cooperate with the country in the defense sector.

Bangladesh’s state minister for foreign affairs Shahriar Alam visited Tehran in August 2021 to inaugurate the radical new President of Iran, Ibrahim Raisi. Palestine and the Rohingya were the main topics of discussion during his talks with Iranian leaders. Even, Iran assured Bangladesh that Iran will always stand with Bangladesh in the case of the Rohingya issues. Iran always claimed that Iran is always vocal about the persecuted Muslim communities in the world. The Tehran government appears to be abandoning its policy position on the Rohingya by supplying arms to the Myanmar junta. Has Iran moral right to provide the weapons to the Myanmar Junta for paving the way of committing genocide? The international community including Bangladesh should seek clarification from Tehran on this issue.

The international community and regional countries should be concerned that Myanmar’s junta is taking up arms from China, Russia, India, Pakistan, and Iran. Russia, China, Pakistan are helping the junta to expand its air force. It has expanded its navy with the help of India and ChinaNow let’s talk about Pakistan. Pakistan is also vocal regarding the rights of Kashmiri and Palestinian Muslims. On the one hand, Pakistan calls for resolution of the Rohingya crisis and defame the military coup, on the other hand, it gives weapons to the Junta. What’s a mockery of history? So, the question is how this Pakistan can provide weapons to the Myanmar Junta? Is only business interest pushing Pakistan and Iran to provide the weapons? As being Muslim majority countries, they always talk in favor of persecuted Muslim groups in the world, on the other hand, they provide weapons to the Junta to kill another Muslim group (Rohingyas).

As an active promotor of Pan-Islamism in the Muslim world, Pakistan should abstain fromstrengthening ties with Myanmar Junta. It is the moral responsibility of Pakistan. AlthoughMyanmar Junta wants strategic relations with Pakistan, Pakistan should think that this junta hasbeen killing hundreds of Rohingyas. Pakistan shouldn’t think and decide all things on the only strategic interest. Pakistan can’t strengthen its ties with the Myanmar junta. Pakistan should strongly support the rights of all ethnic groups in Myanmar. Myanmar’s military is oppressing the people. Tatmadaw has been carrying out genocide. These weapons are not only being used to suppress the Rohingyas but also other groups such as Chin, demonstrators, protestors who are protesting peacefully against the 2021 military coup, journalists, detainee medical workers, and NLD politicians, dissents. Providing weapons to the Tatmadaw means paving the way for the persecutors to violate the human rights of Rohingyas and pro-democracy protesters and help commit genocide. At least 1,500 people have been killed by the military.

It is a clear mockery against the world human rights issue. Iran and Pakistan are doing wrong to provide the weapons on the hands of the Myanmar Junta. They are also the partners of human rights violators in Myanmar. There is no moral ground to support the Junta. Other businesses are all going on there. All this is not preventing. Why aren’t the western countries watching these? Why international community is so silent in this regard? The international community must address the issue. Delaying the issue can cause more devastation in Myanmar. In response to the military coup in Myanmar and to prevent the junta government from resorting to renewed repression, the international community including Pakistan and Iran should implement the imposition of the hardcore global arms embargo on the country.