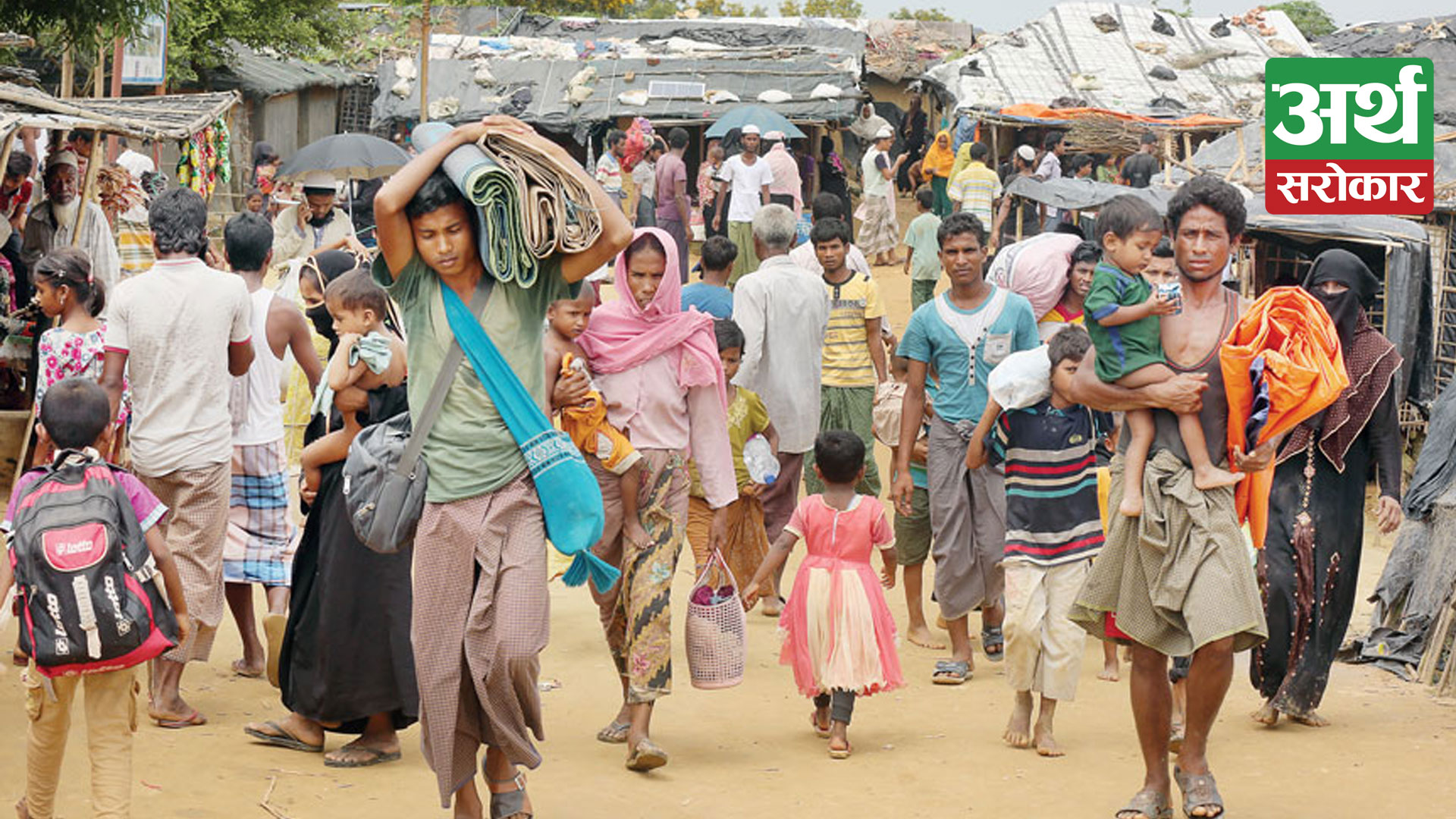 BANGLADESH
The Rohingya and Afghan refugee issues are also currently important international issues. More than 1.1 million Rohingyas have taken refuge in Bangladesh since August 2017 due to genocide and ethnic cleansing in Myanmar. About 50,000 newborn Rohingya children are added to it every year. Earlier, the Rohingya had been subjected to systematic discrimination, deprivation of the right to vote, and regular targeting of violence in Myanmar for decades.

In the last four and a half years, despite various initiatives, no real progress has been made in resolving the Rohingya crisis. Under pressure from the international community, the Myanmar government signed an agreement on Rohingya repatriation, but to no avail. According to the agreement, the Rohingyas were to be repatriated in stages. The repatriation process has not started for a long time. The Myanmar government has failed to repatriate the displaced Rohingya and resolve the crisis. Bangladesh has repeatedly urged various international forums to take effective steps to resolve the Rohingya crisis.

The proposal is based on the human rights situation of Rohingya Muslims and other minorities in the context of the state of emergency in Myanmar. Top politicians were arrested after a military coup overthrew a democratic government in the country on February 1 and declared a state of emergency. Political unrest, protests and clashes are going on in the country. Thousands of people have lost their l