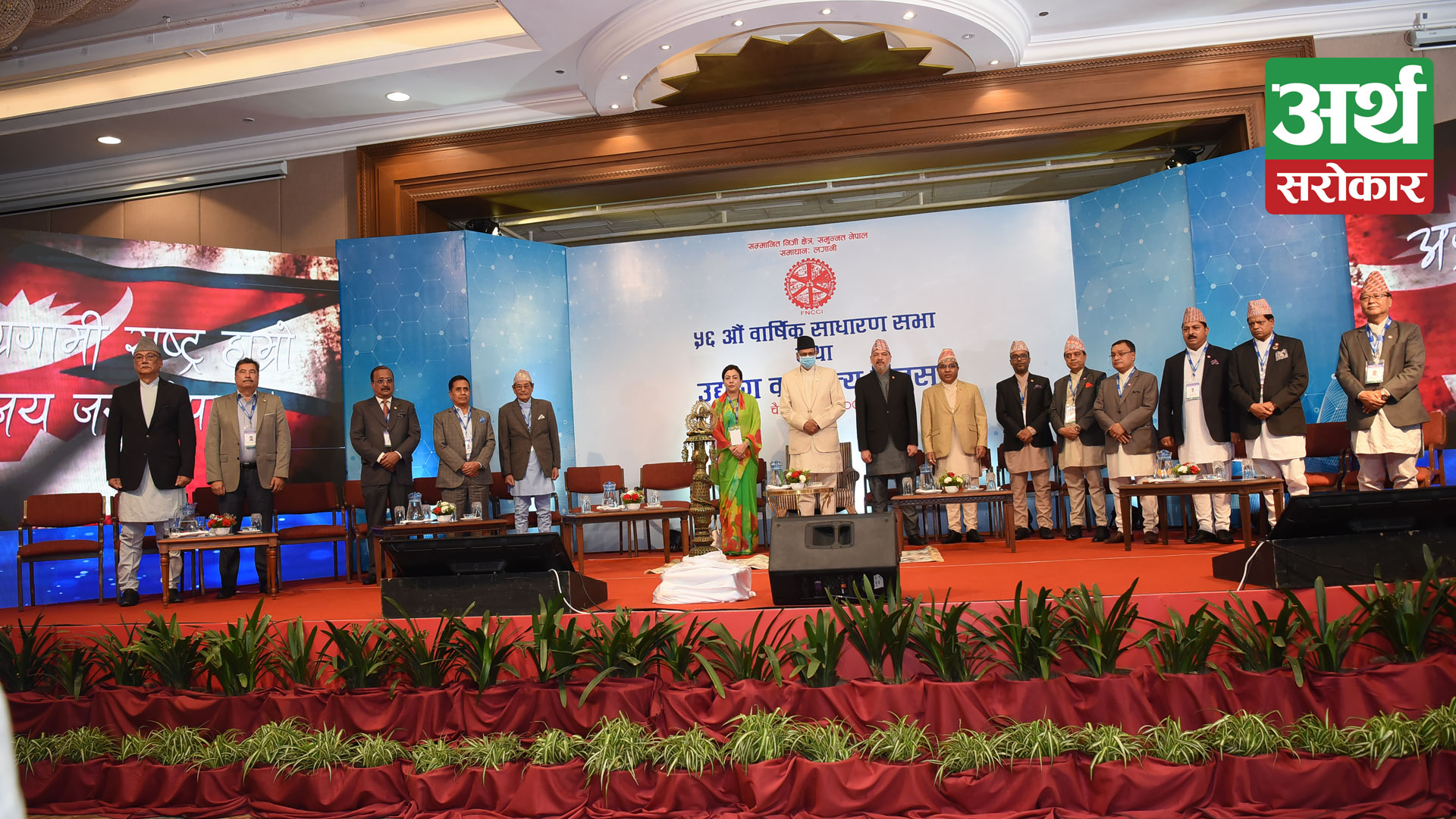 Speaker of the House of Representatives, Agni Prasad Sapkota has called on the private sector to focus on development and expansion of a self-reliant economy. “Several problems have been seen as the economy is not self-reliant,” he said and stressed on the need of meaningful cooperation and partnership between the government and the private sector for building a self-sufficient and robust economy.

Speaker Sapkota said this while addressing the 56th annual general meeting and ‘Industry and Commerce Day’ of the Federation of Nepalese Chambers of Commerce and Industry (FNCCI) here today. Stating that the private sector has knowledge, skills, talent and capacity, everything, he said the private sector to play a role in sailing out of the ‘present economic crisis’. He added that he was ready to fulfill his responsibility as the Speaker in building an environment conducive for business and investment expansion in the country. “The government and the private sector should have common views on matters relating to the economy.

We should work with long-term vision and not get bogged down in short-term agendas,” he suggested. The Speaker also underscored on steering the country ahead on the path of prosperity by utilizing the private sector’s capabilities. FNCCI president Shekhar Golchha blamed lack of transparency and the confusion around the short-term policies for what he termed medium term and long term crisis facing the economy. Referring to the economic crisis Sri Lanka is passing through at present and the concerns being exp