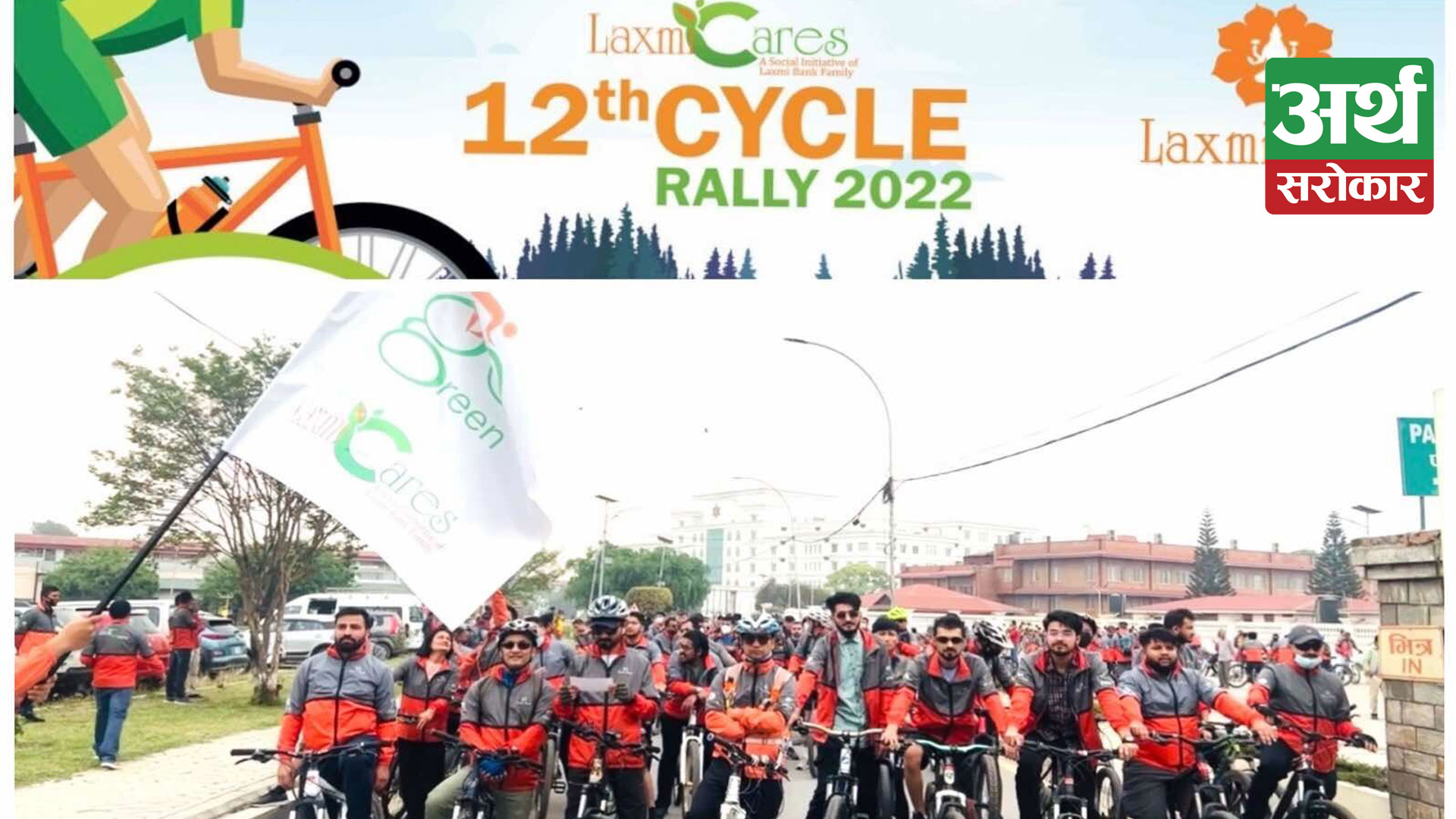 KATHMANDU
Laxmi Cares, an NGO established and managed by the staff of Laxmi Bank, successfully organized the 12th edition of the Annual Laxmi Cares Cycle Rally yesterday Saturday, April 2, to promote its “Orange Loves Green” campaign. The rally was held along a 13 kilometers stretch from Army Officer’s Club, Tudikhel to Gokarna Forest Resort.

The ride transformed into a festive setting with food and beverage stall and live music concert by popular band 1974 A.D. The event attracted over 200 cyclists and over 1000 friends and families of Laxmi Cares who later joined the event.  There were people from all walks of life gathered at the event. Some rolled in with friend while some brought along families to enjoy the event.This annual event is aimed at creating awareness and raising funds to assist Laxmi Cares’ Ujyaalo Abhiyaan project which aims to continue in its journey to light various sites in Nepal with historical, architectural and heritage values or any other charitable causes.

In the previous years, Ujyaalo Abhiyaan installed solar lights at Bagmati Bridge, Patan Durbar Square and Bhadrakali-Singha Durbar, Gadhimai Temple of Bara, Chandeshwori Temple of Banepa, among other places along with tree plantation at several parts of the country.